Monolithic concrete colonnades wrap around a pool in this studio and gallery that Mexican architect Arcadio Marín has designed for his sculptor brother Javier.

Called Plantel Matilde, the project forms part of the Javier Marín Foundation, a non-profit art association founded by the Mexican sculptor. Along with Javier Marín’s studio and gallery, it also hosts studios and accommodation for resident artists.

The Marín brothers completed the facility on a former agave field in Mexico’s Yucatan jungle. Its architecture is intended to take influences from Javier’s sculptural works, which aim to explore the creative process and construction and deconstruction of three-dimensional forms. 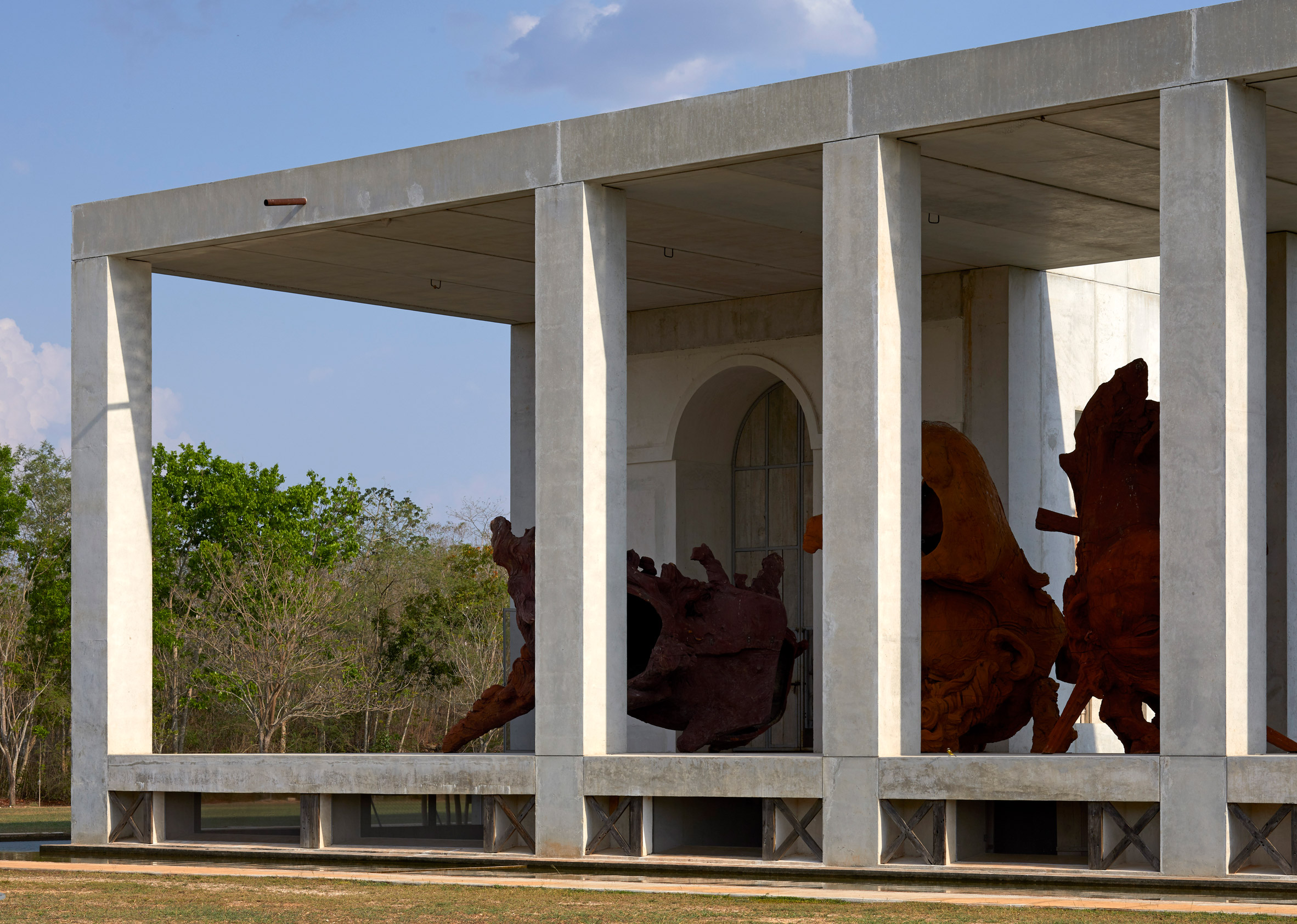 “In total harmony with principles at the heart of his artistic production – a penchant for the unpredictable, imperfections and work in progress – this is a building waiting for the environment to leave its mark on it,” said the Javier Marín Foundation.

“All this aesthetic turns the building into an inhabitable sculpture in constant mutation.” 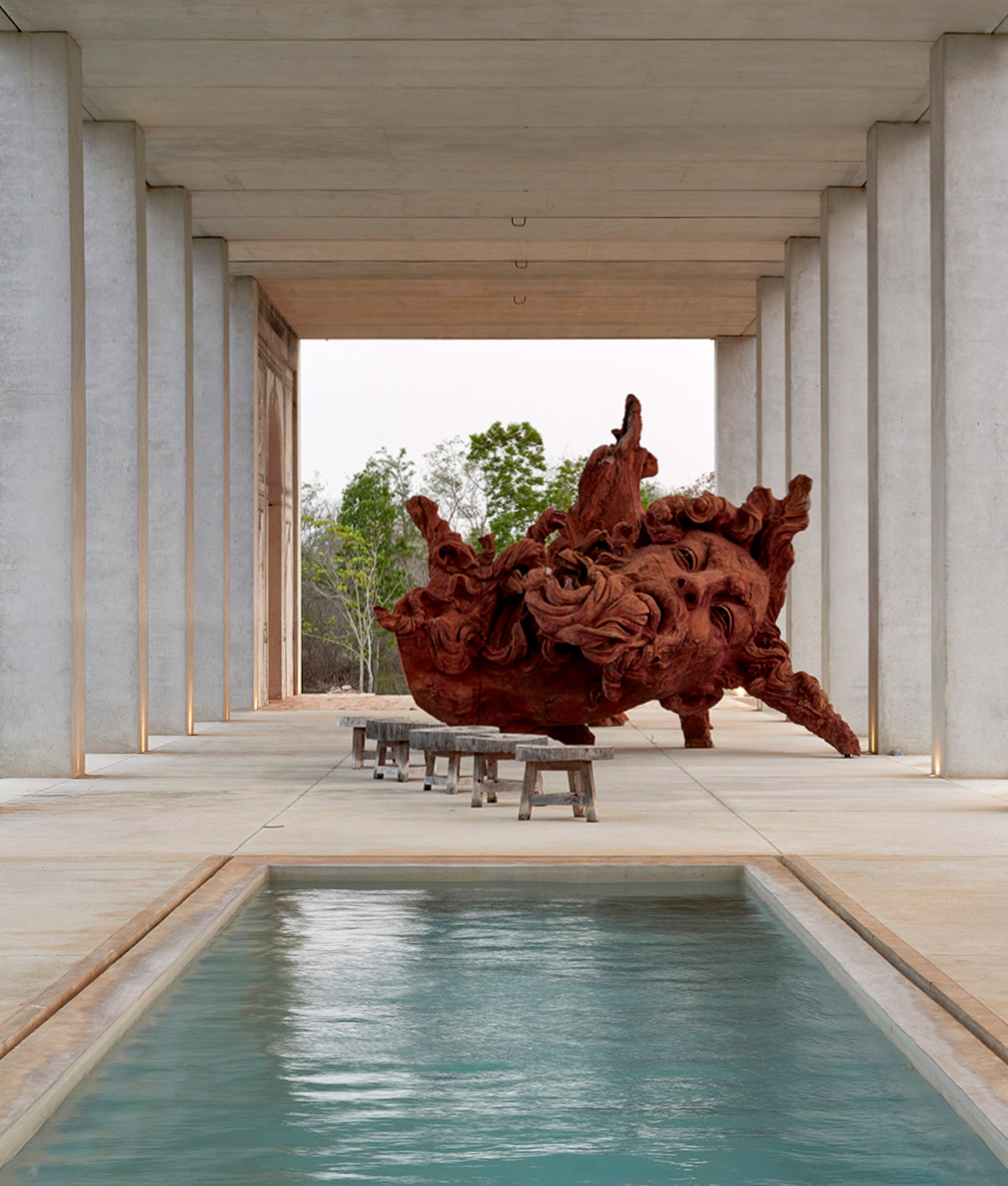 Chunky concrete columns run along two walls around the square-plan open exhibition space, while the other two walls have narrow windows. A lower level, concealed from view, houses the resident artist’s bedrooms.

The walls of windows and open corridors offer 360-degree views of the surrounding landscape, treetops and sky during the day and night.

“Plantel Matilde was thought of as an observatory, a place beneath the treetops to observe the celestial vault in its entirety and the phenomena that occur in it throughout the day,” the foundation added.

In the centre, a pool filled with tiny plants and stone paths that cut across leading to a gravel patio occupied by a large tree. Water from the pool flows beneath the ground level and fills a waterway that wraps around its perimeter. 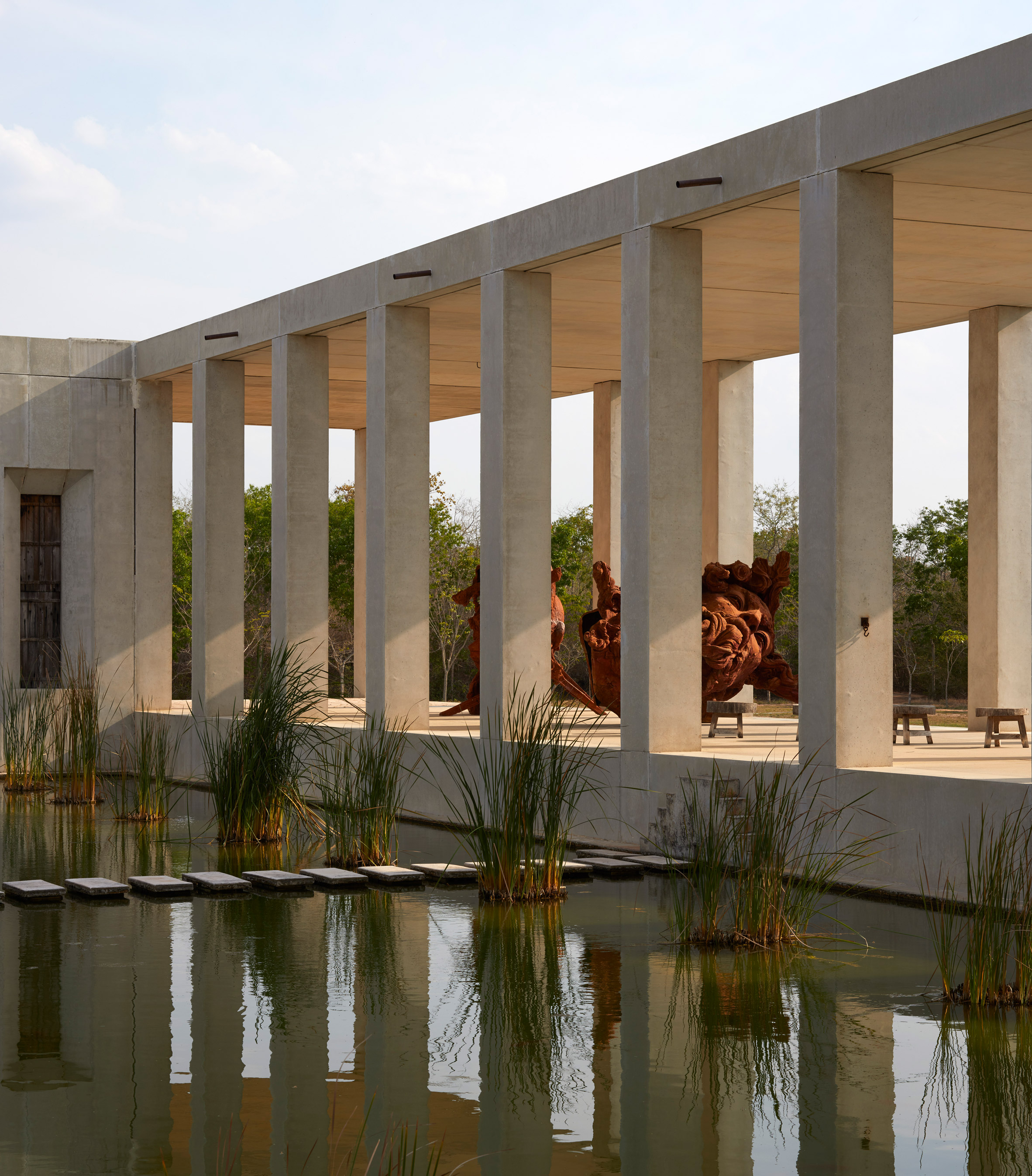 Marín’s abstract sculptural works, which made from cast bronze and fronted with human faces, are positioned along the open arcades. 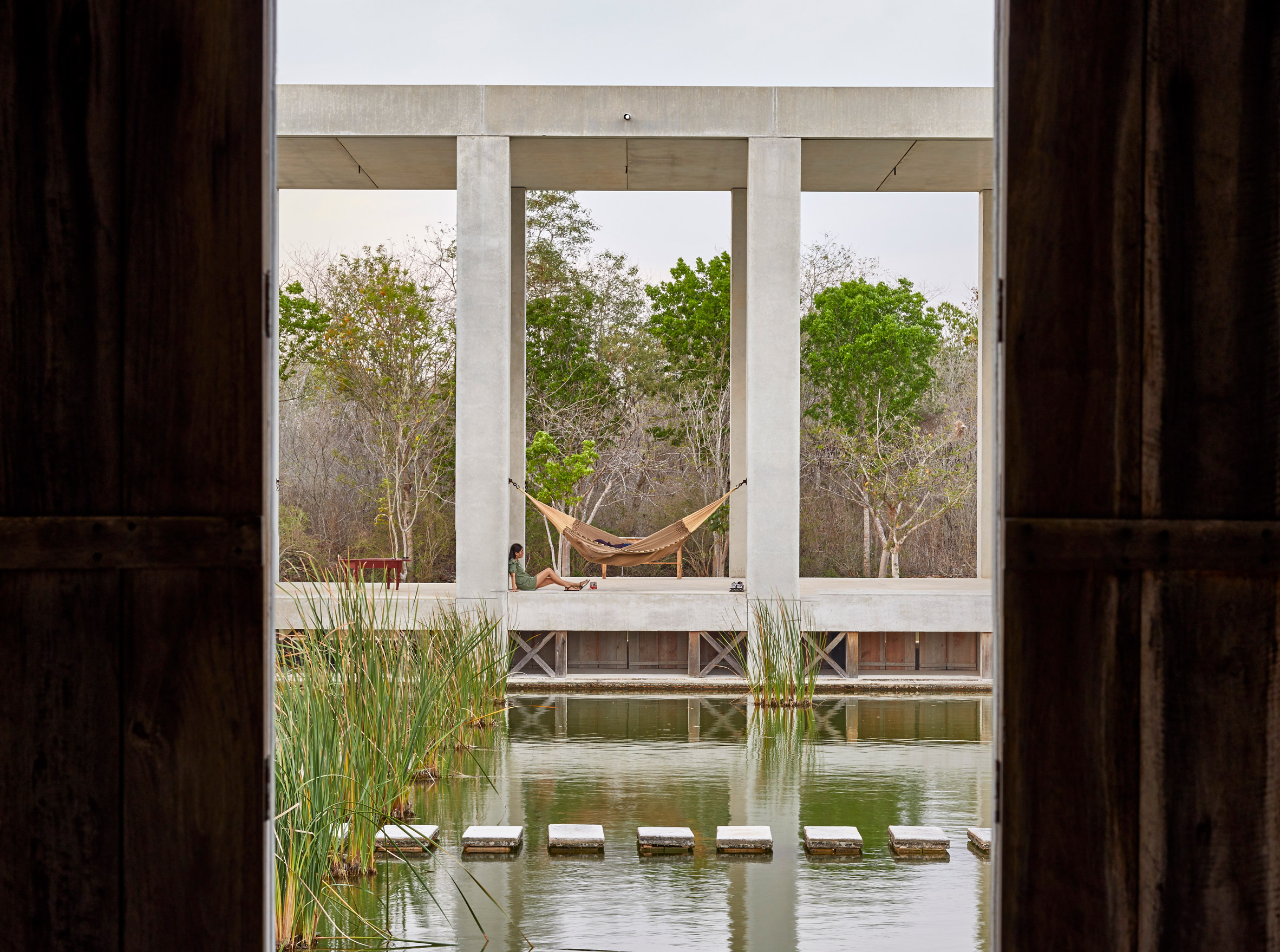 Inside the closed corridors are several decorative tables and artist work stools. A group of large chandeliers formed by varying-sized circles and tiny candles hang from the ceiling.

Narrow windows that extend the length of the hallway are covered with two sets of wooden shutters. 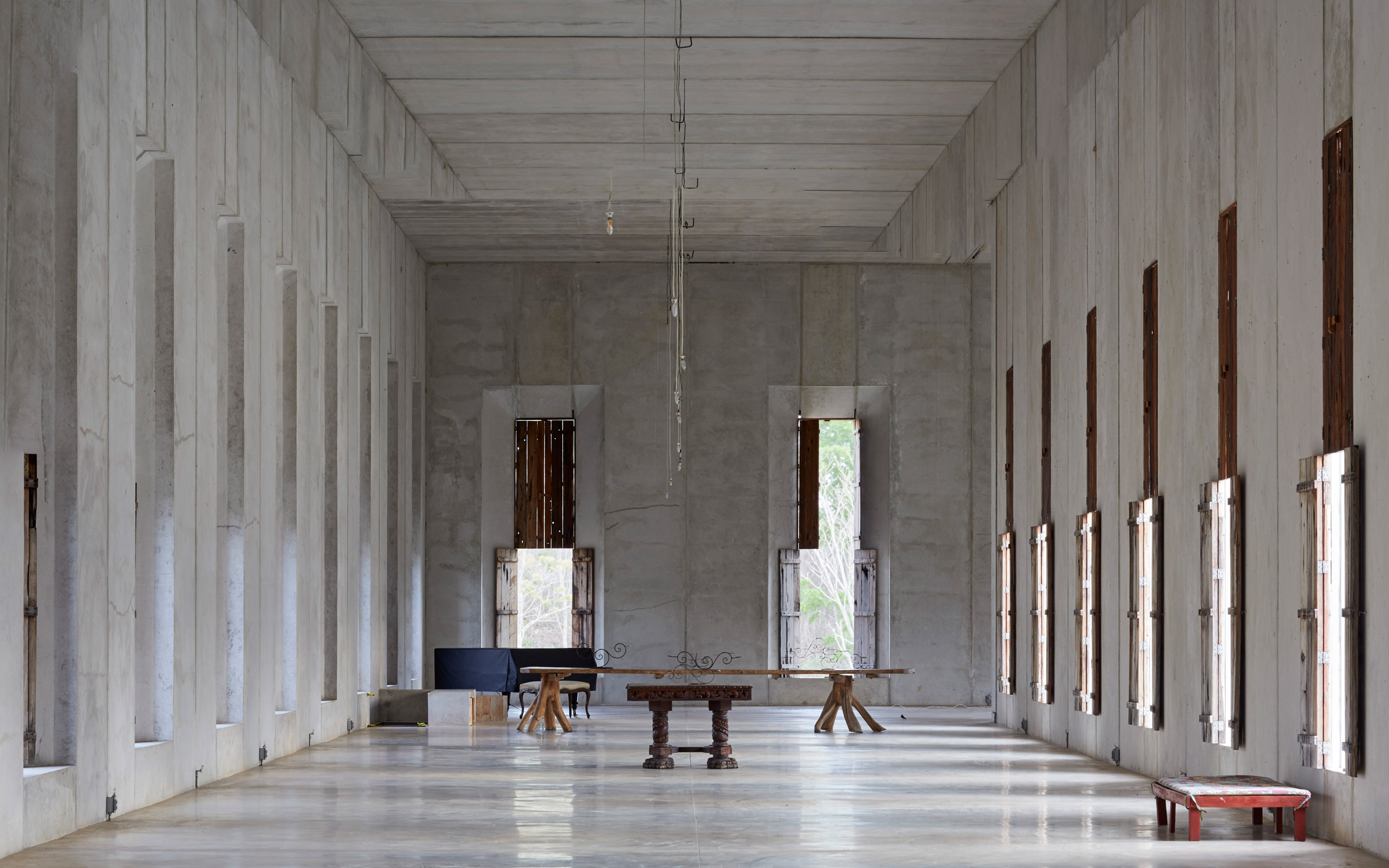 Plantel Matilde is built with materials and finishes that are intended to require little upkeep and have minimal environmental impact. For example, small bedroom windows are placed at the same level as the waterway to bring cool air into the structure. 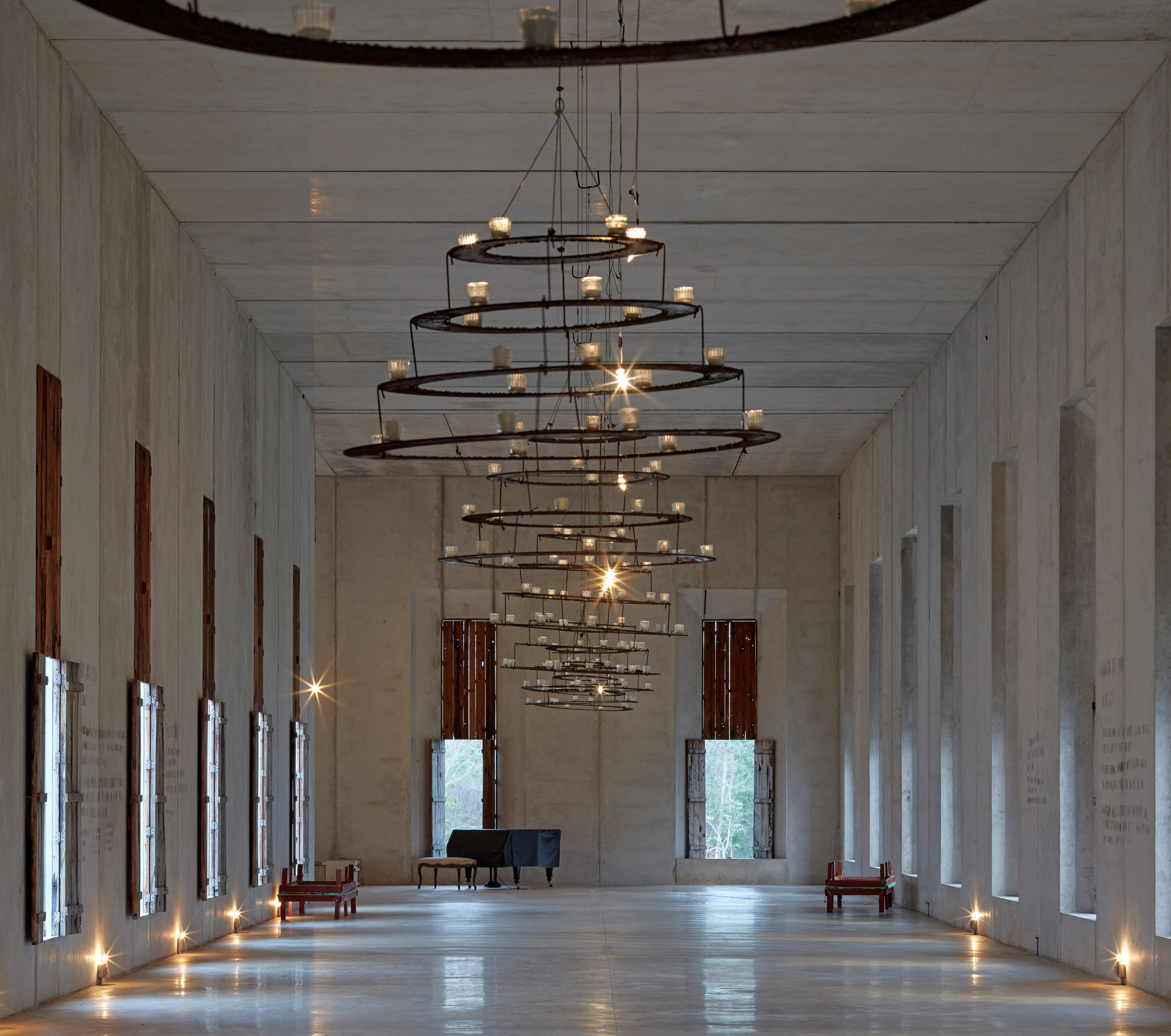 Plantel Matilde plans to open its artist residency program in 2021.

Other artist studios and galleries in Mexico include a bunker-like concrete structure Mexican sculptor Pedro Reyes designed for himself and La Tallera, a gallery renovated by architect Frida Escobedo.

Photography is by Edmund Sumner.

The post Arcadio and Javier Marín design Mexican art gallery to be an "inhabitable sculpture" appeared first on Dezeen.