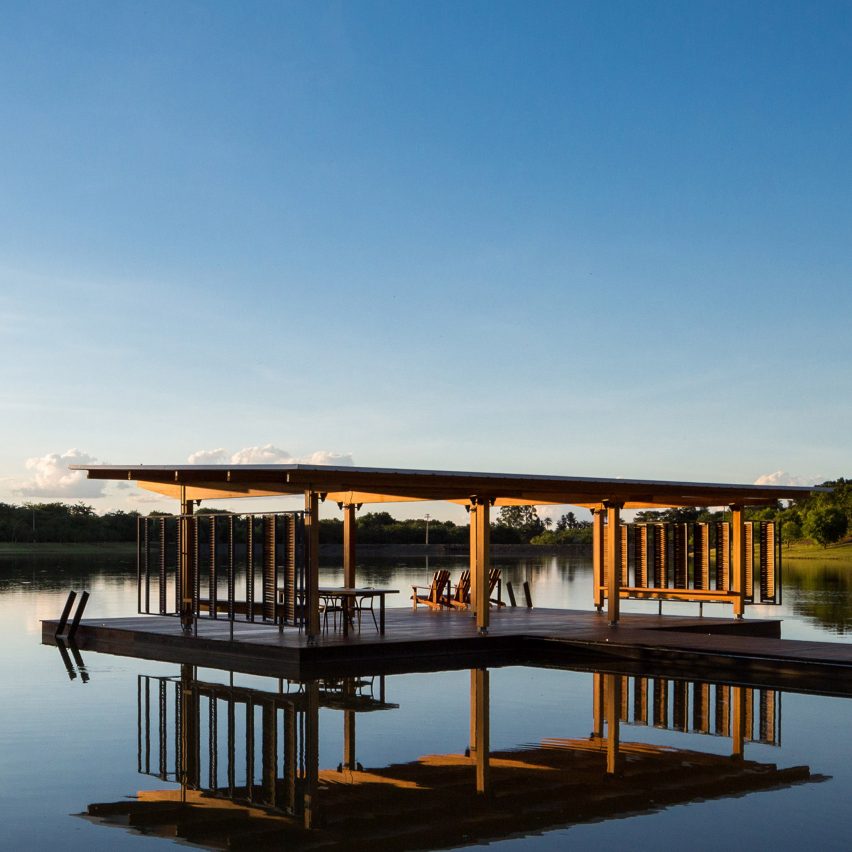 Brazilian studio Bruno Rossi has built a delicate pavilion by a lake with wooden brises to control wind flow. 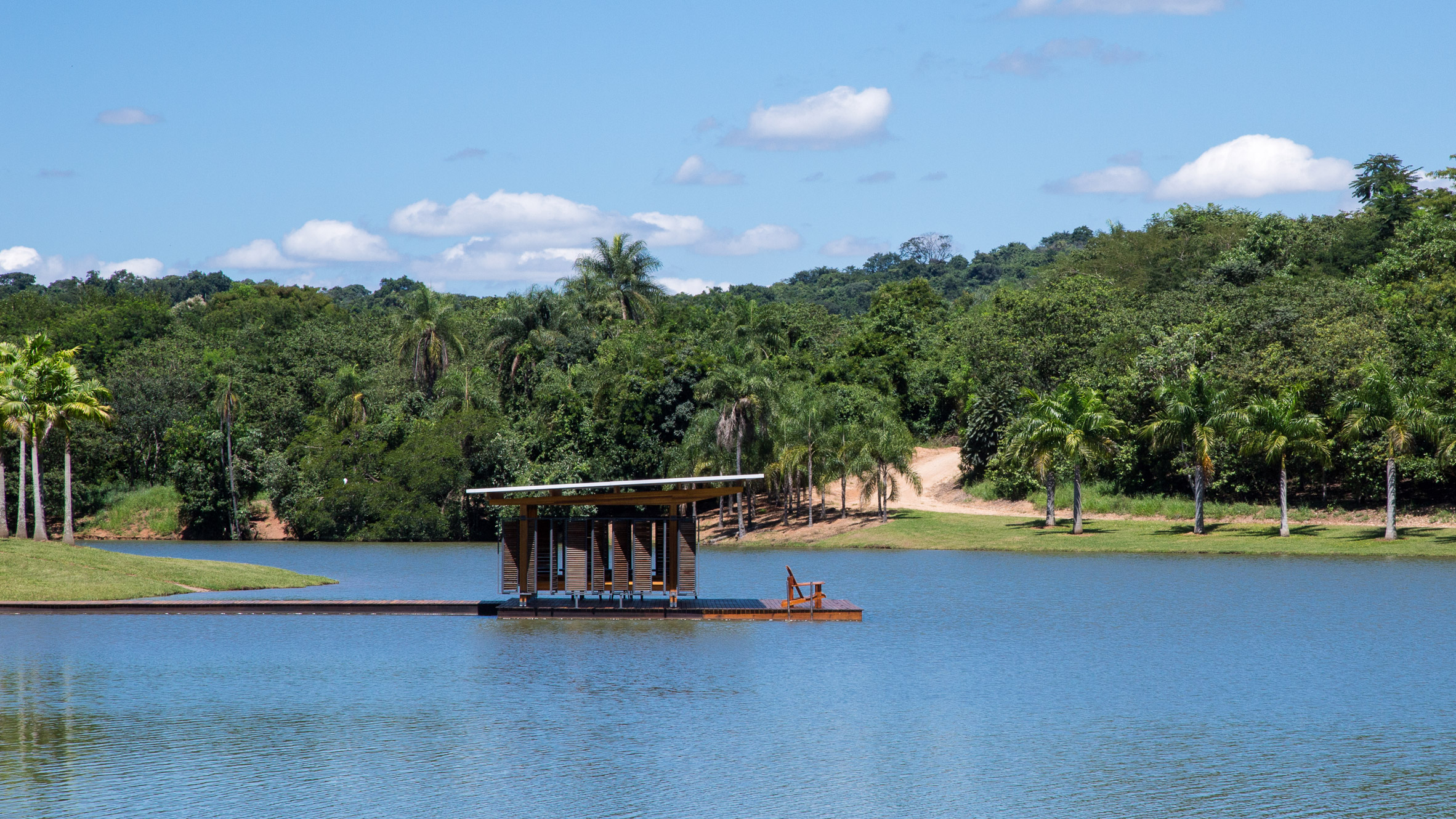 Bruno Rossi‘s 80-square-metre pavilion is built on a deck that extends over a dam in Santo Antonio de Posse, Brazil.  It was erected to provide shade and to expand the space of the existing platform, used for nautical and leisure activities.

“The floating pavilion is defined as a simple roof over a deck, appearing as just two planes, floor, and ceiling, which assure leisure and contemplation,” the São Paulo studio said. 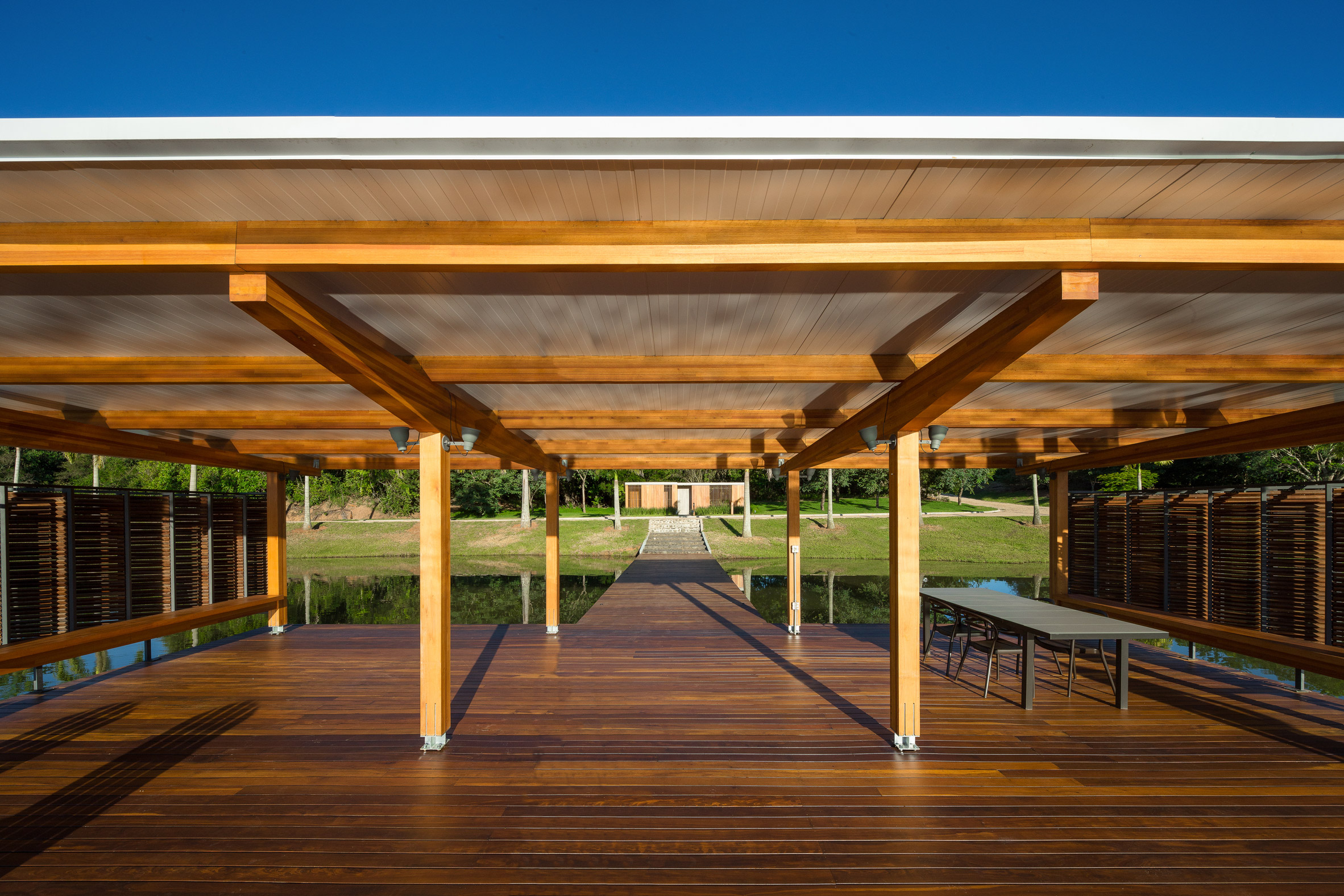 A series of stone steps connect the platform to an existing wood-clad building set on the grass that overlooks the body of water. The pavilion is designed to blend into the deck and surrounding landscape giving the illusion it is “floating” above the waterway.

“A shading plane over the water, the floating pavilion represents a building with no clear boundaries, without beginning or end, mimetised in the landscape, over the diffusive and reflexive territory of a water,” the studio added.

Its construction comprises of a series of laminated timber columns, and was mostly prefabricated and then assembled on site.

A metal shingle roof is set atop the pavilion. Its thermoacoustic properties work to control the temperature inside the structure by converting sound waves into thermal energy.

Two sides of the pavilion are equipped with wooden screens attached to metallic metal frames. The amount of sunlight and wind let into the interior are controlled by the adjustable screens. 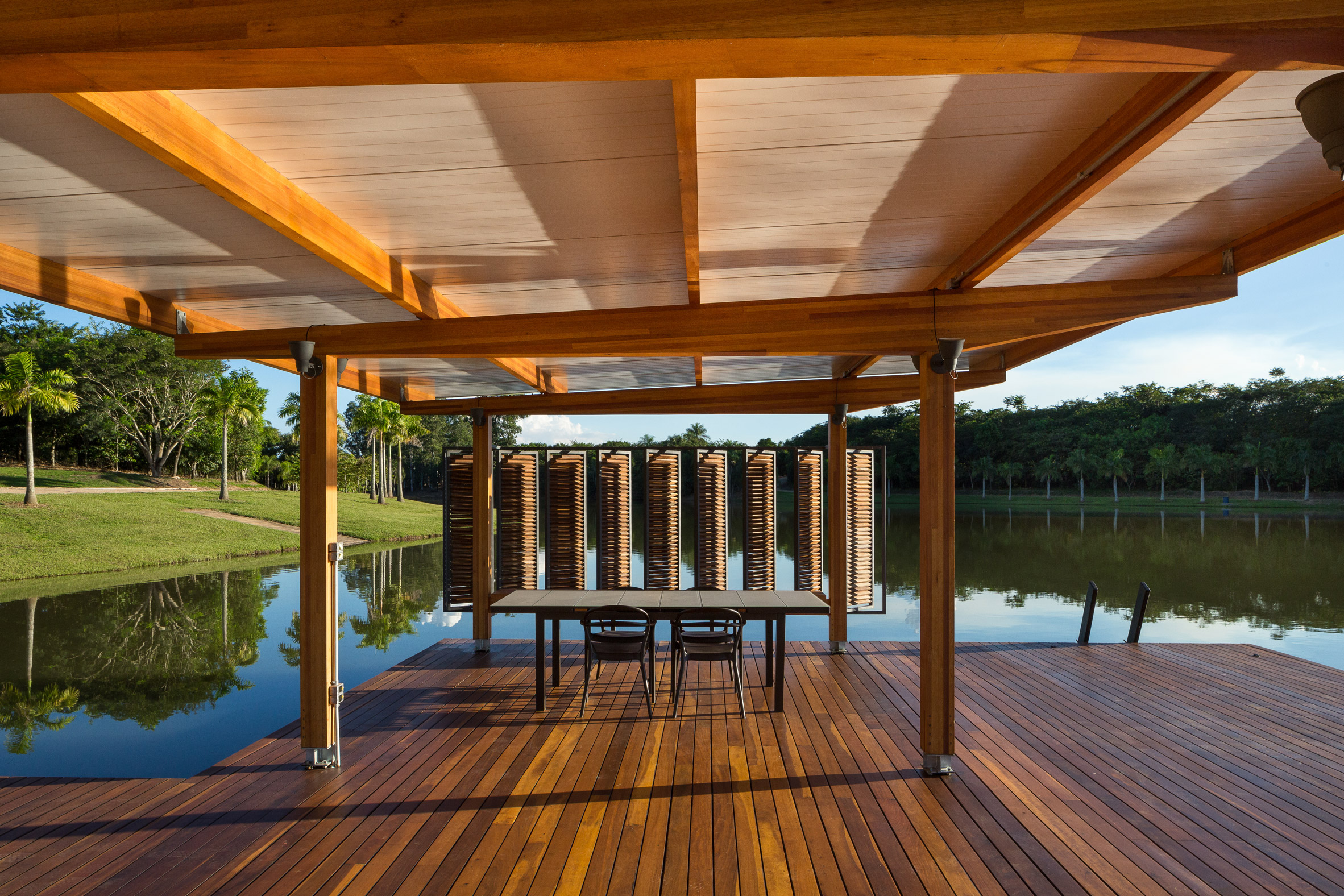 “On both sides of the deck, mobile elements were proposed, composed by wood brises in a metallic frame, in order to block or not the wind flow and sunlight along the day,” Bruno Rossi said.

Alternate elevations of the rectangular structure were left open allowing for uninterrupted views of the water in one direction and the verdant scenery of the lawn in the other. 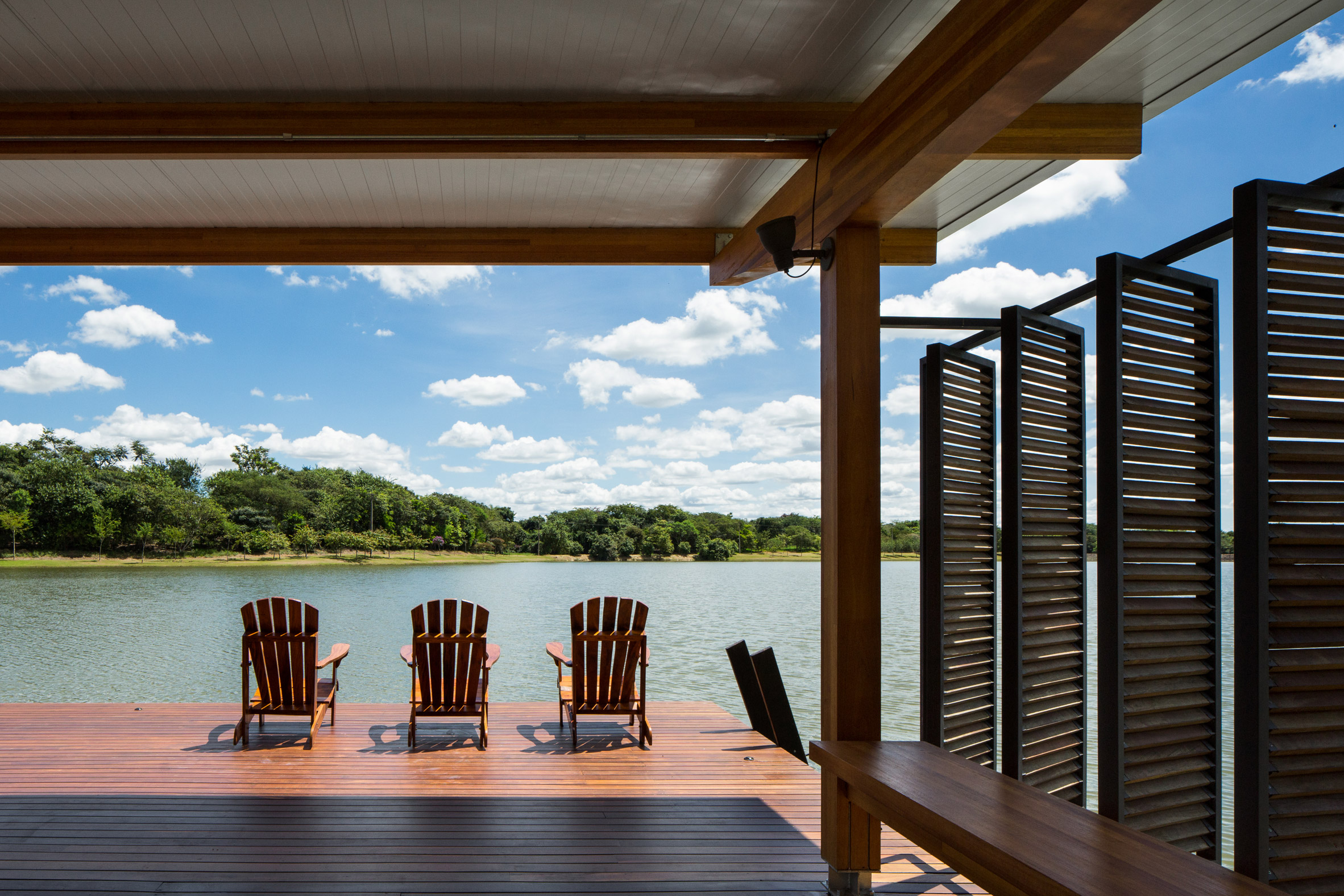 Other simple structures designed for the water include a floating timber structure that forms a shelter, sauna and campfire for visitors to the Soomaa National Park wetlands during flooding.

Photography is by André Scarpa.