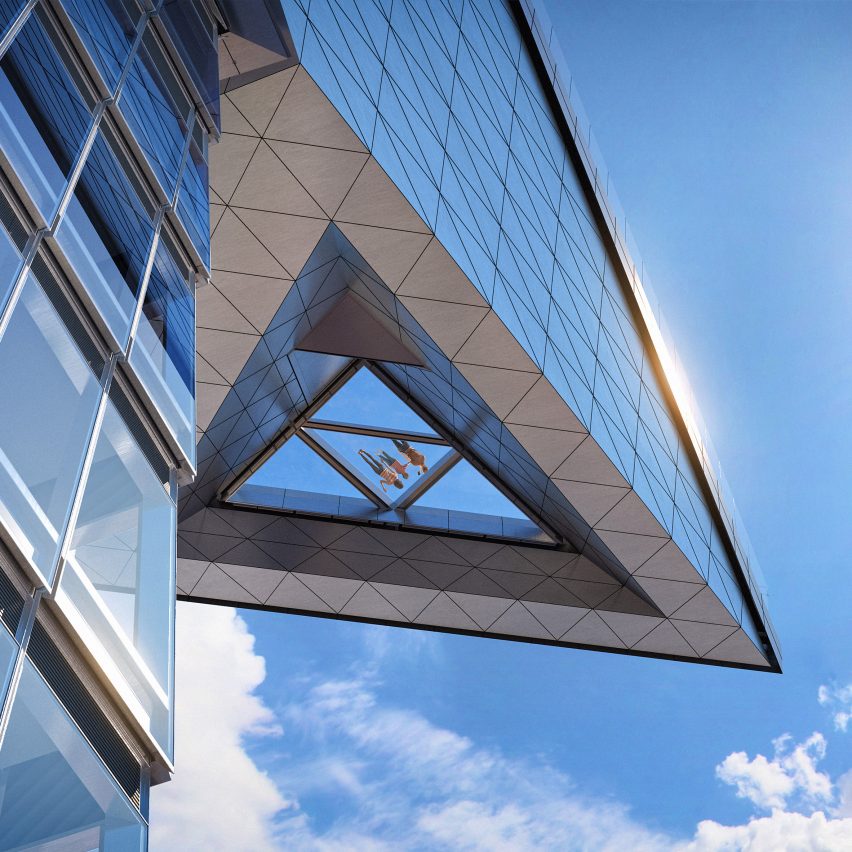 An angular platform protruding from the 100th floor of Kohn Pedersen Fox‘s Hudson Yards skyscraper is the “highest outdoor sky deck” in the western hemisphere.

The shape of the pointed platform mirrors an opening atop 30 Hudson Yards, and a triangular portion of glazed flooring provides a window to the ground far below.

Seventy-nine frameless glass panels form the balustrade so as not to obstruct the view that includes the Hudson River, Central Park, the Empire State Buildings and the Statue of Liberty. 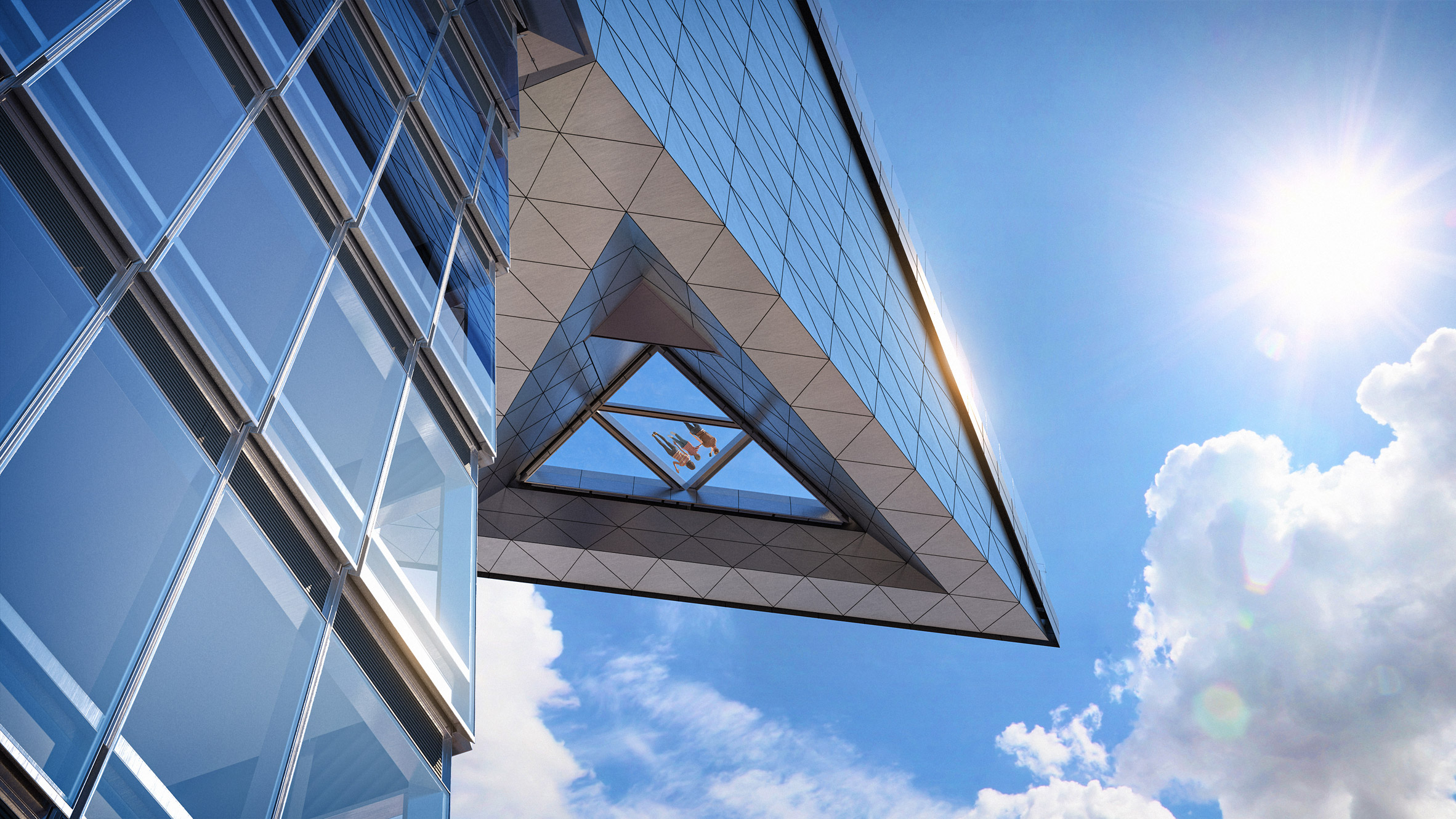 “It’s truly one of the best views of one of the best cities in the world, and we’re excited for everyone to experience it first hand,” said Michael Turner, president of 30 Hudson Yards developer Oxford Properties.

KPF designed Edge to lock onto the east and south sides of 30 Hudson Yards. It comprises 15 sections that are bolted together to form the platform and the angular base. In total, it weighs 765,000 pounds (346,998 kilograms). 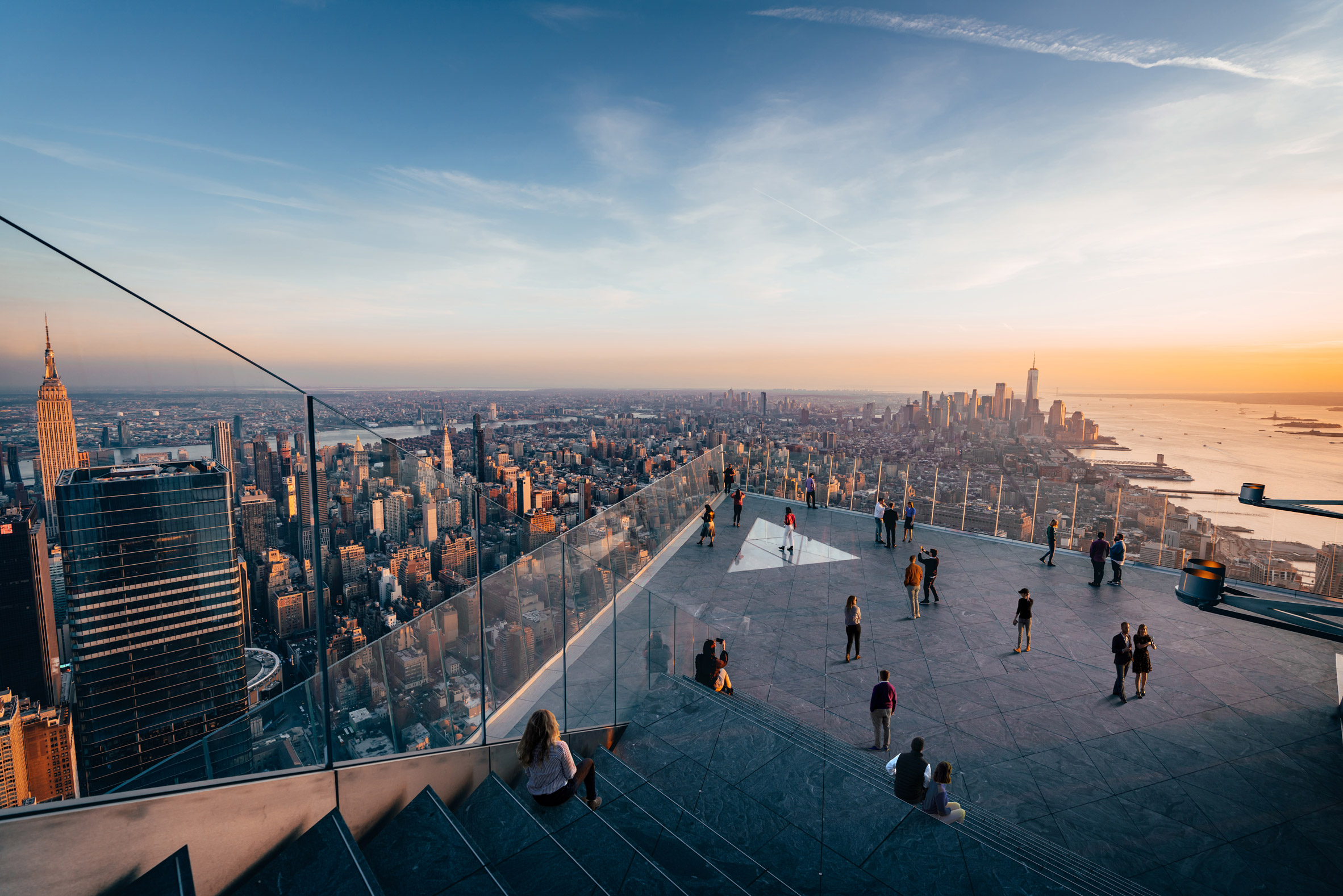 The deck adjoins an indoor bar that is accessed by an elevator, which takes 52 seconds to reach the 100th floor. Outdoor steps lead from Edge to the Peak restaurant on the 101st floor.

Both the bar and restaurant are wrapped with large expanses of glazing and have interiors designed by New York firm Rockwell Group.

Billed as the “Western Hemisphere’s highest outdoor sky deck”, the deck rounds out the completion of the first phase of Hudson Yards, which was master-planned by KPF.

“The Edge observation deck is the most dramatic in a series of gestures which link KPF’s buildings, in the Hudson Yards development, to the principal surrounding structures of the city,” said KPF founding principal William Pedersen.

Developed by Related Companies, Hudson Yards is a major development built over an active rail yard on the West Side of Midtown Manhattan. 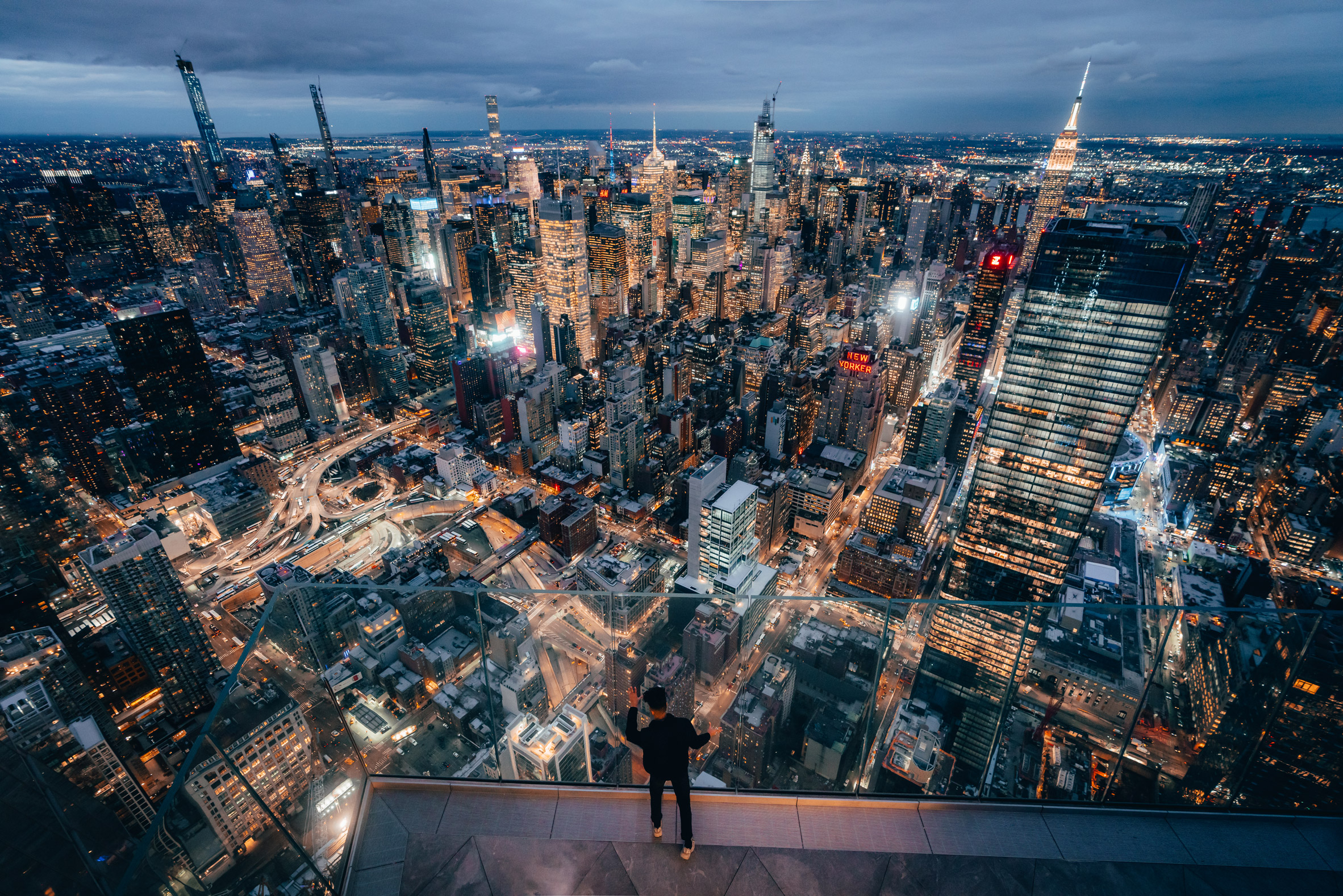 The first phase opened to the public last year and includes Heatherwick Studio’s Escher-like Vessel sculpture and the 910-foot-tall (277-metre-tall) 15 Hudson Yards skyscraper and The Shed cultural centre, which were both designed by Diller Scofidio + Renfro and Rockwell Group.

The second phase will see the construction of eight more towers, along with a school and other neighbourhood amenities.

Photography is courtesy of Related and Oxford Properties.