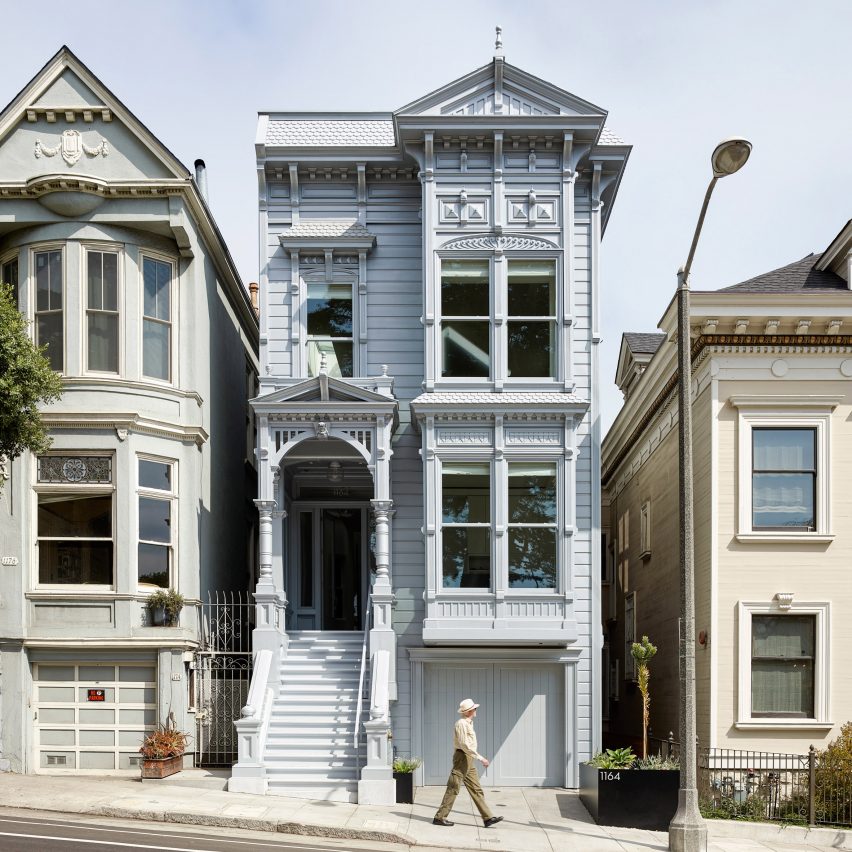 These five houses in San Francisco are traditional in the front and have contemporary extensions in the back.

The California city is known for its hilly terrain dotted with charming, historic houses, and a number have been enlarged with rear extensions that contrast the home’s original architectural style.

Read on for the examples of contrasting extensions: 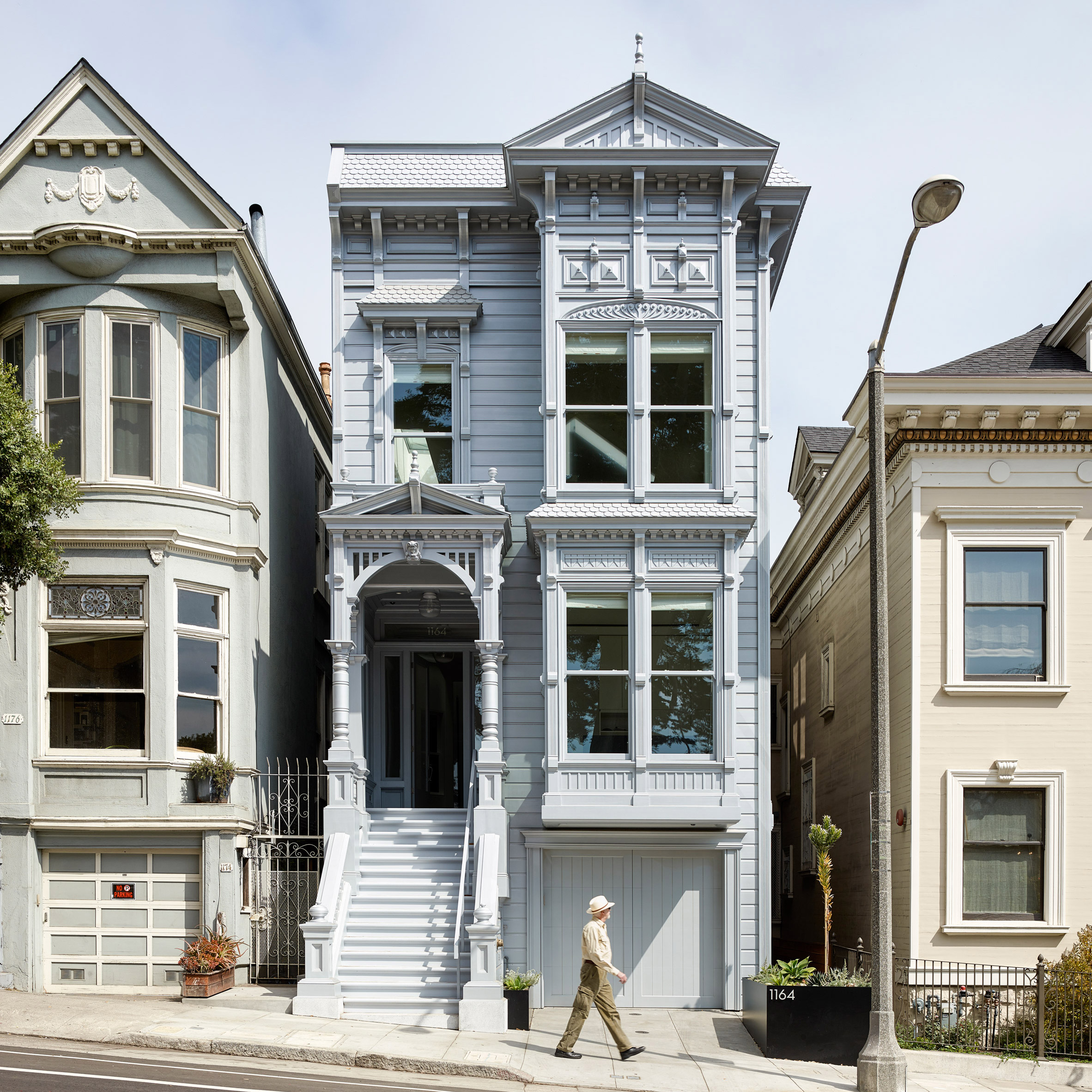 This Victorian house was renovated and extended by local studio Jensen Architects. The addition features perforated aluminium panels and contemporary interiors to match. 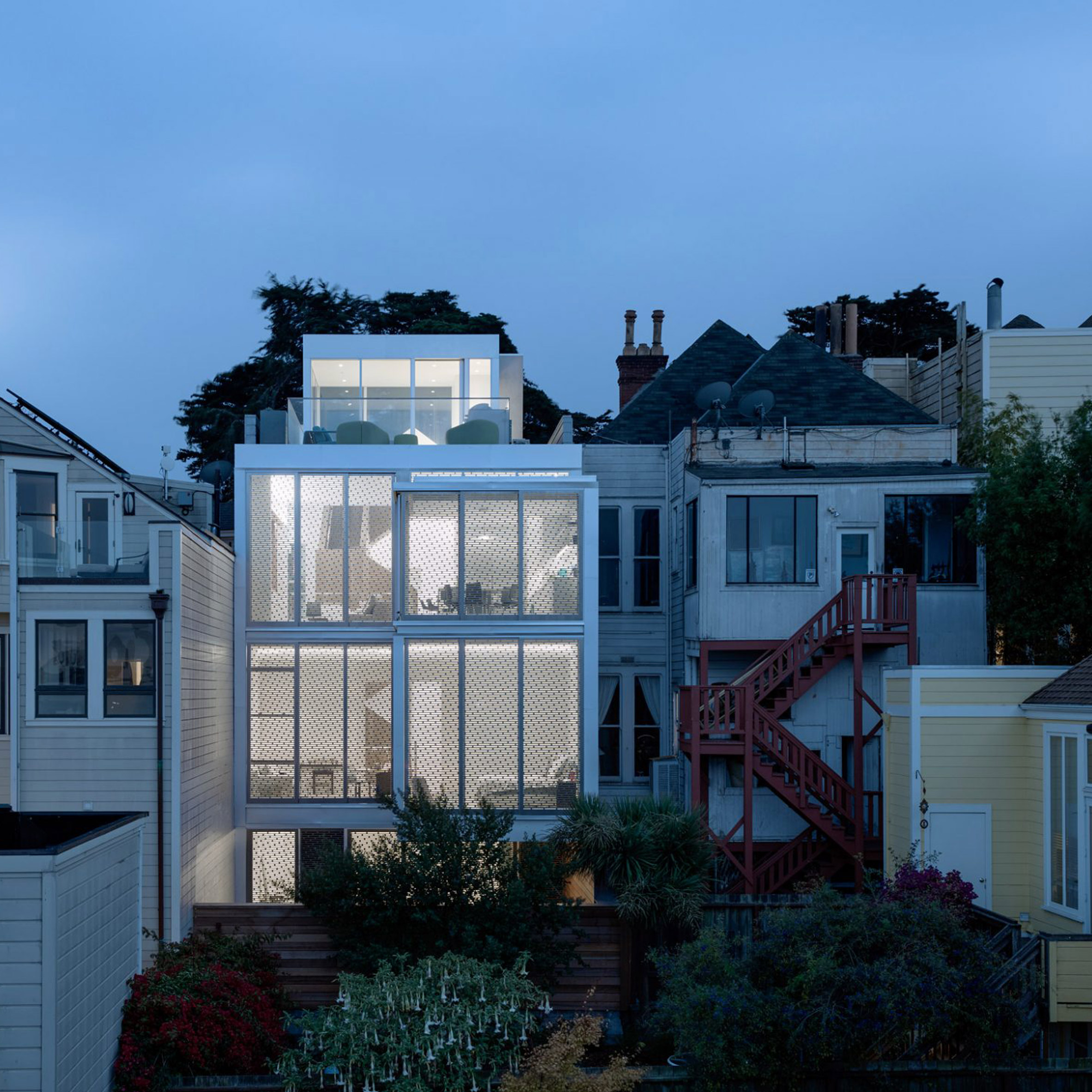 The street-facing facade, dating back to 1889, was restored as well, and Jensen Architects was awarded the San Francisco Historic Preservation Commendation Award for the project by the American Institute of Architects. 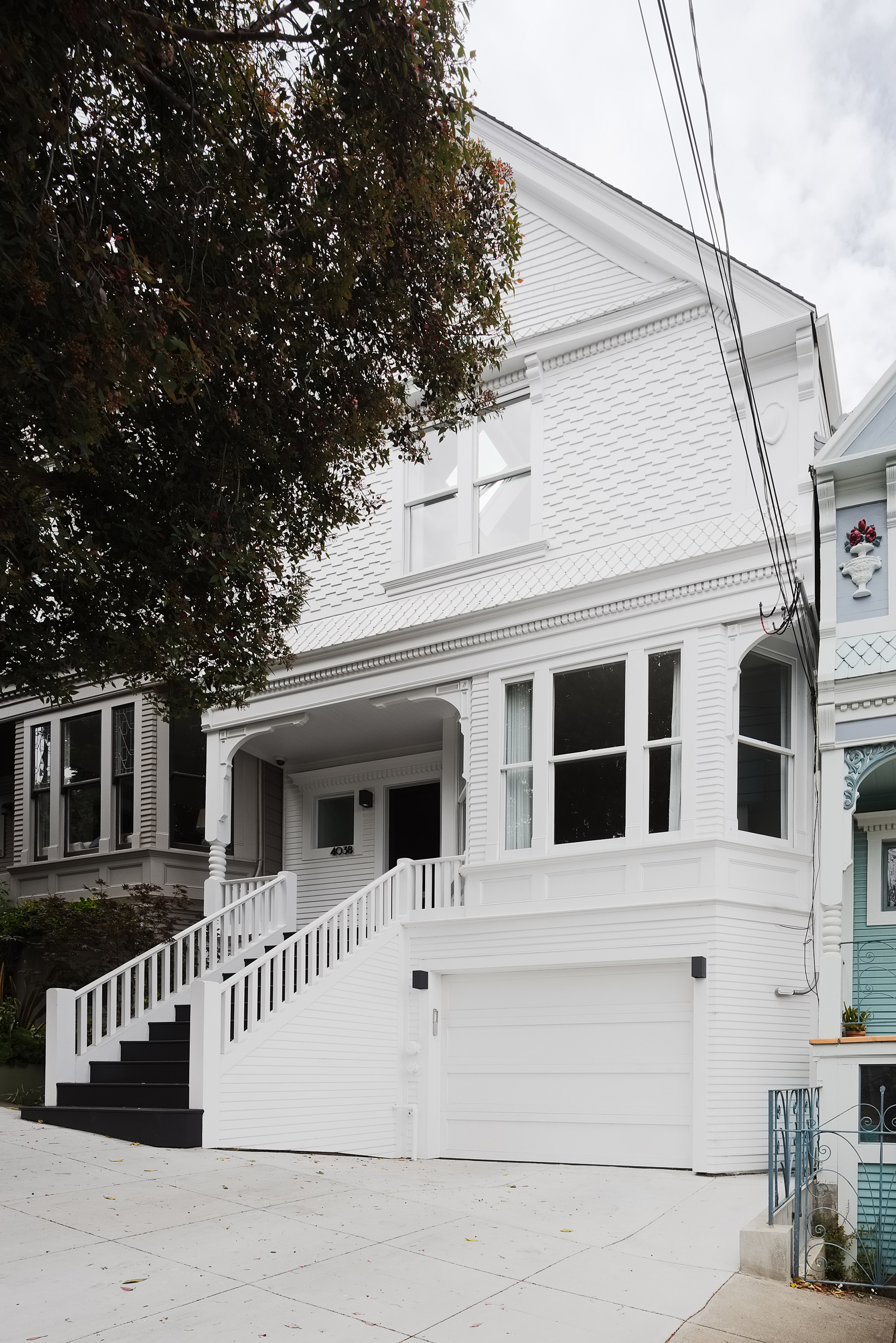 Another Victorian home in San Francisco’s Noe Valley neighbourhood was painted stark white on its front side to hint at the contemporary addition in the rear that comprises a pale-grey boxy volume with a rooftop terrace. 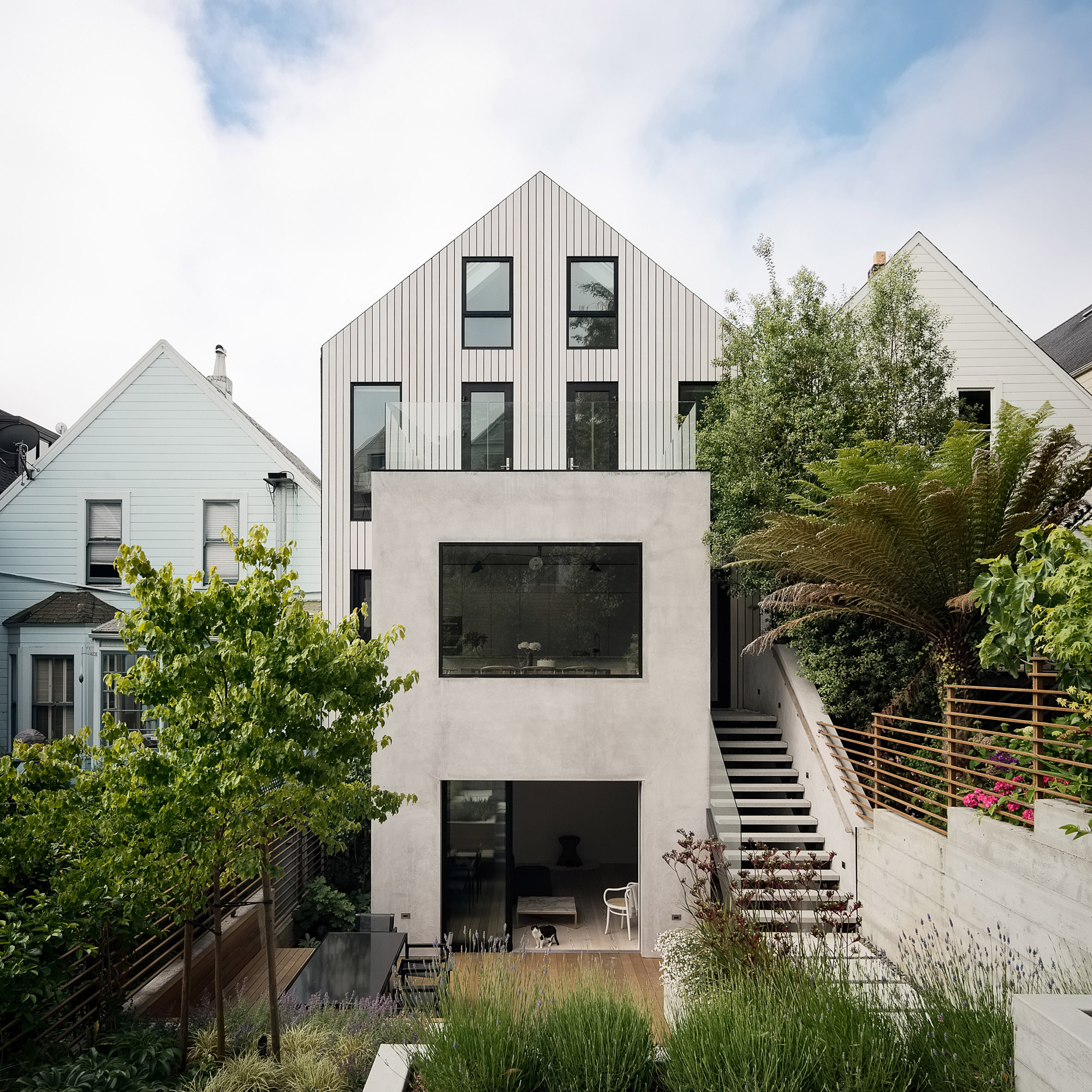 Called Gable House, it is complete with a new garden and patio to entertain outside by Edmonds + Lee Architects.

Find out more about Gable House › 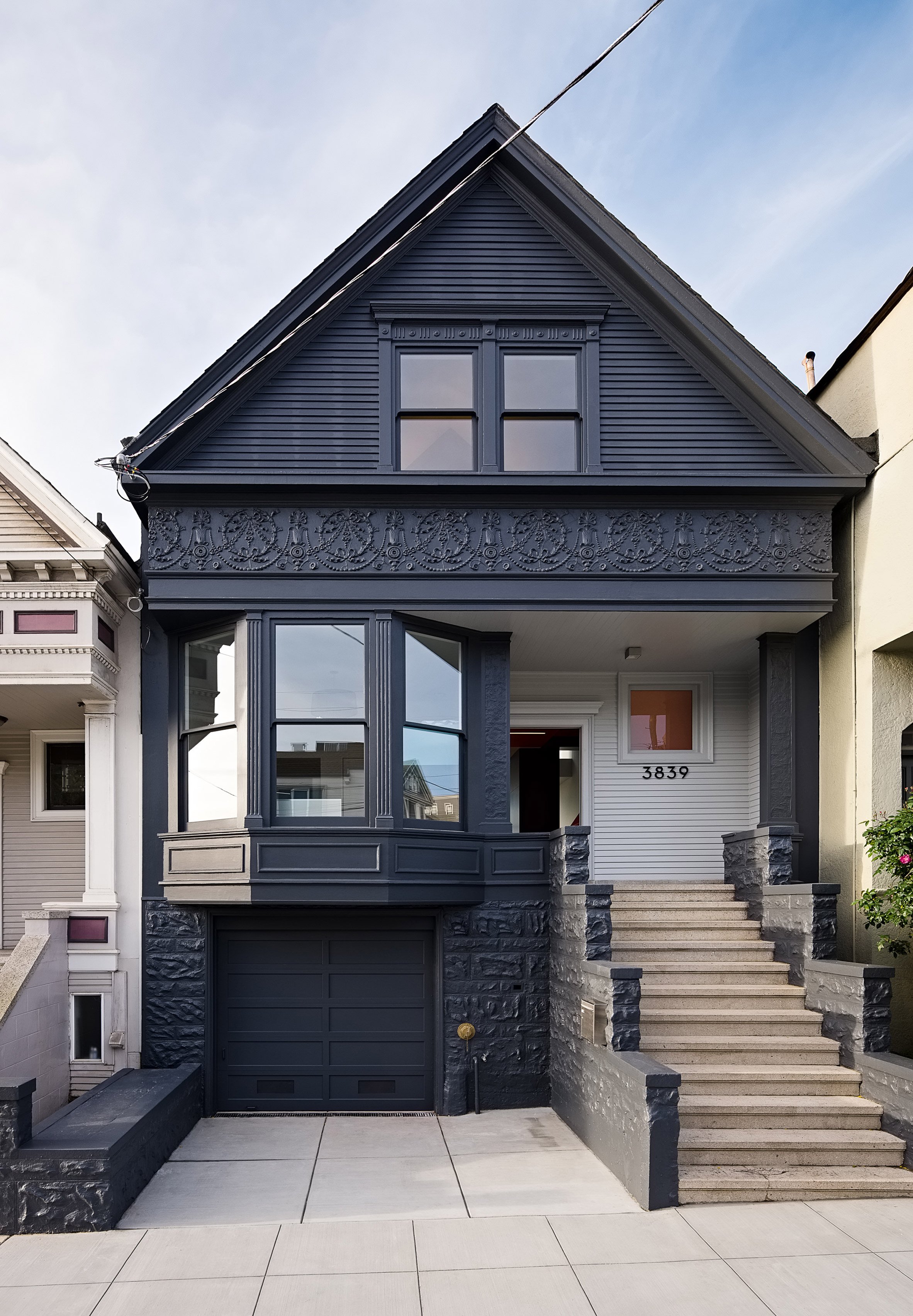 Cut Out House by Fougeron Architecture

Also in the neighbourhood of Noe Valley, this residence features glass walls on its rear side that slant in opposite directions. 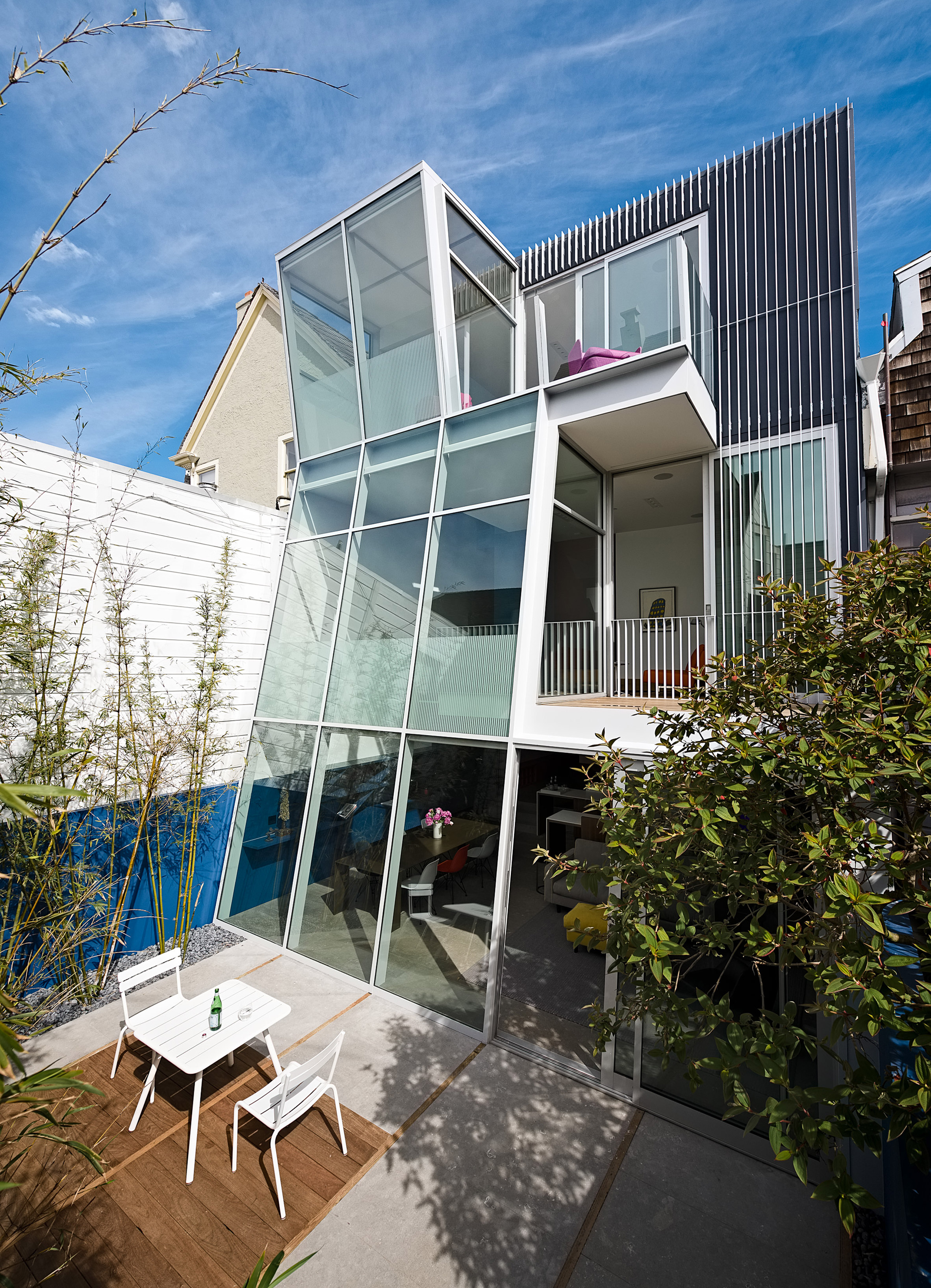 Fougeron Architecture opted for colourful interiors like an orange-painted stairwell, blue walls in the kitchen and accents of pink and yellow.

Find out more about Cut Out House › 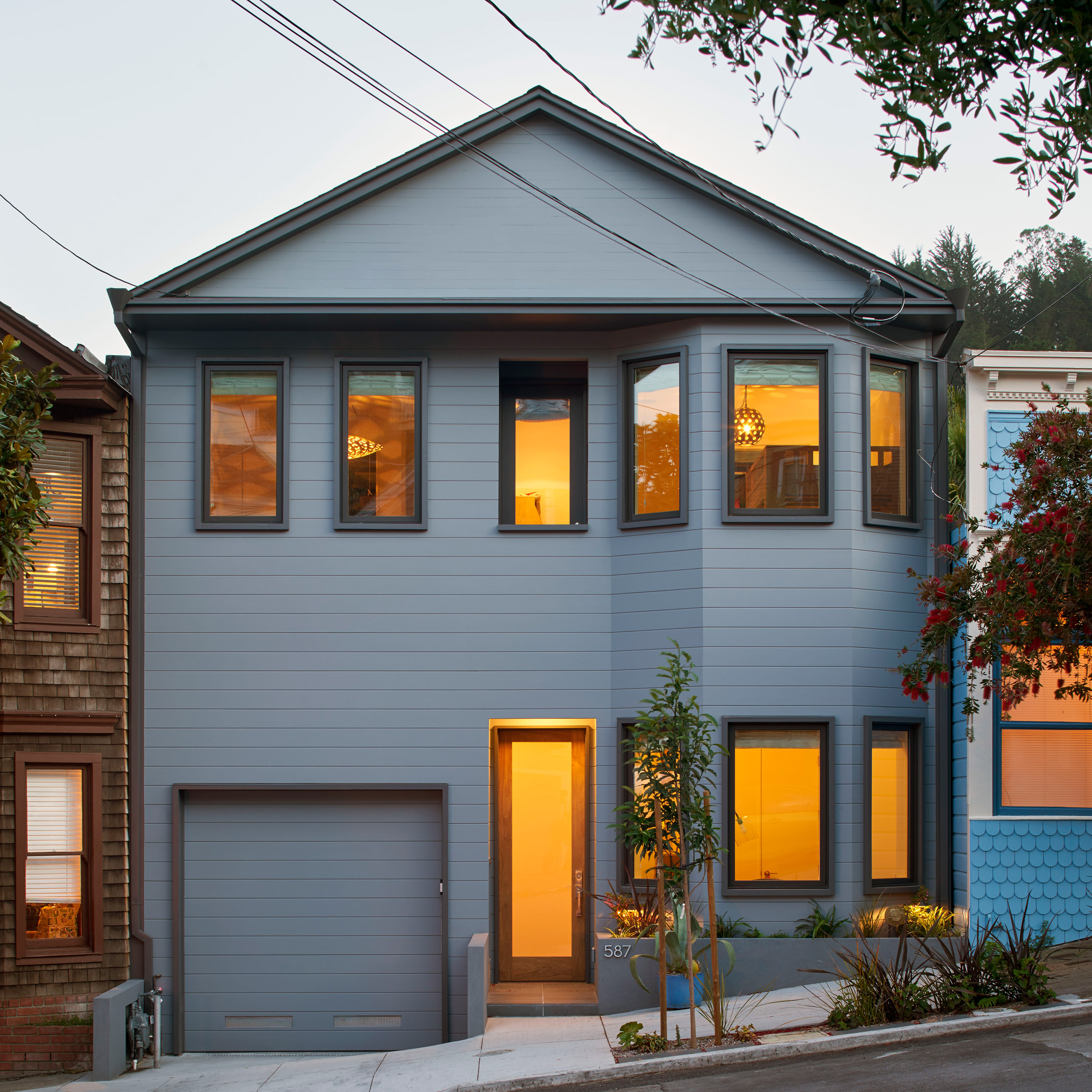 Local studio Schwartz and Architecture renovated this home by lifting the existing structure and adding another storey beneath it, in addition to the extension at the back. 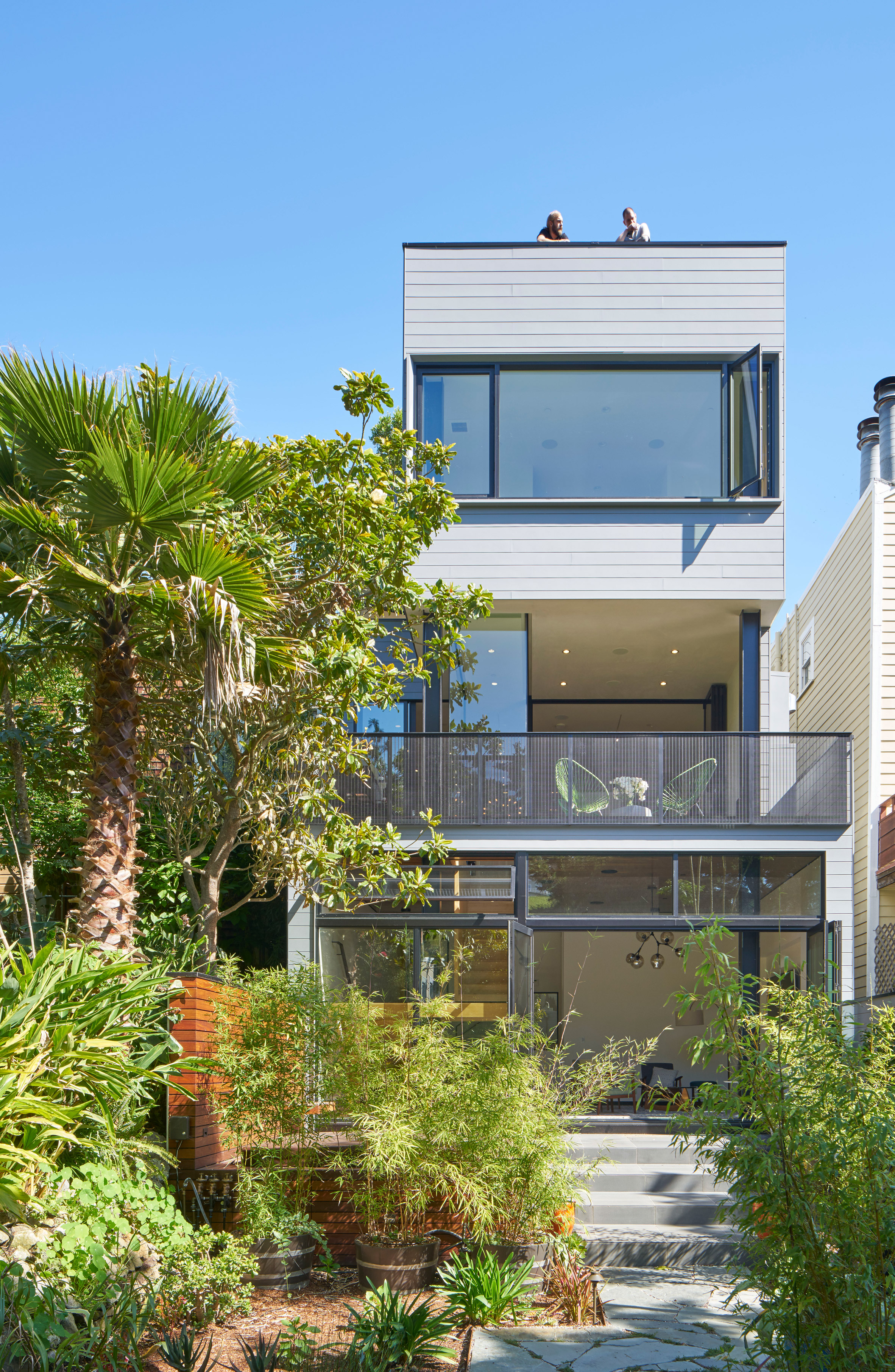 An exposed steel structure has glass doors that open to the garden in the rear, while the front facade is finished in a grey cladding reminiscent of the home’s original style. 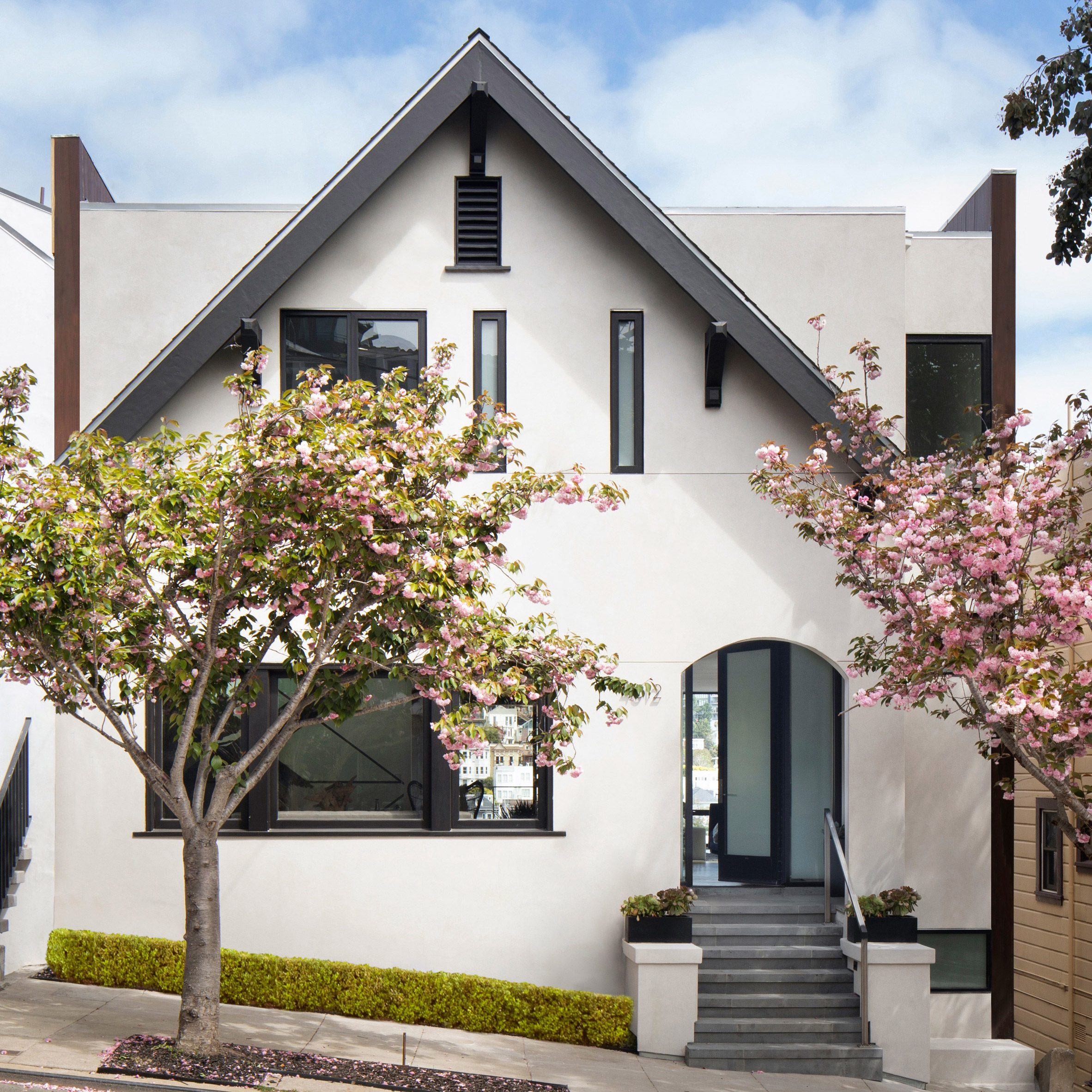 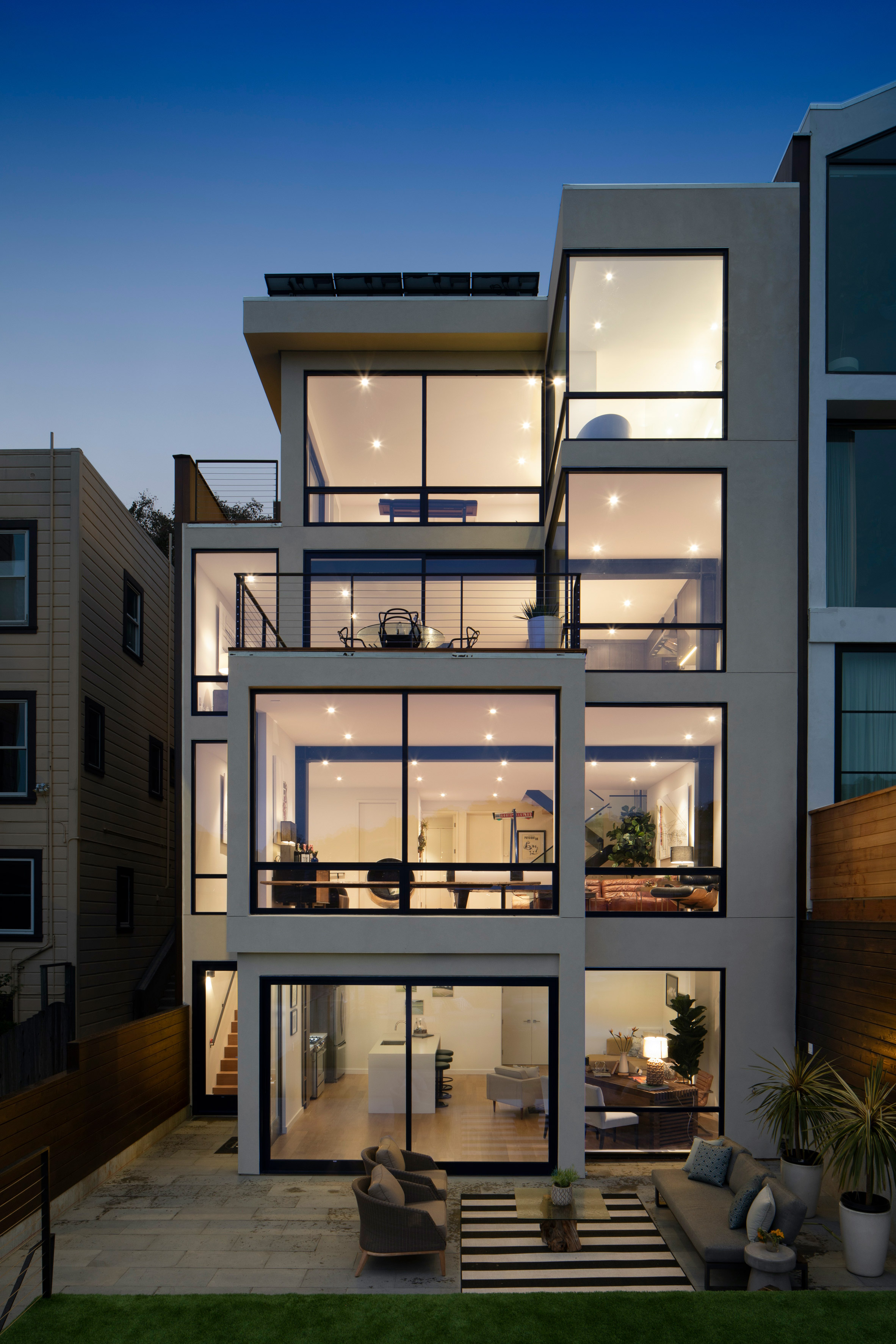 Nearly the entire house was rebuilt from the ground up. The new structure at the rear has floor-to-ceiling windows, and larger floorplates and higher ceilings inside than the original design.

Find out more about 19th Street ›