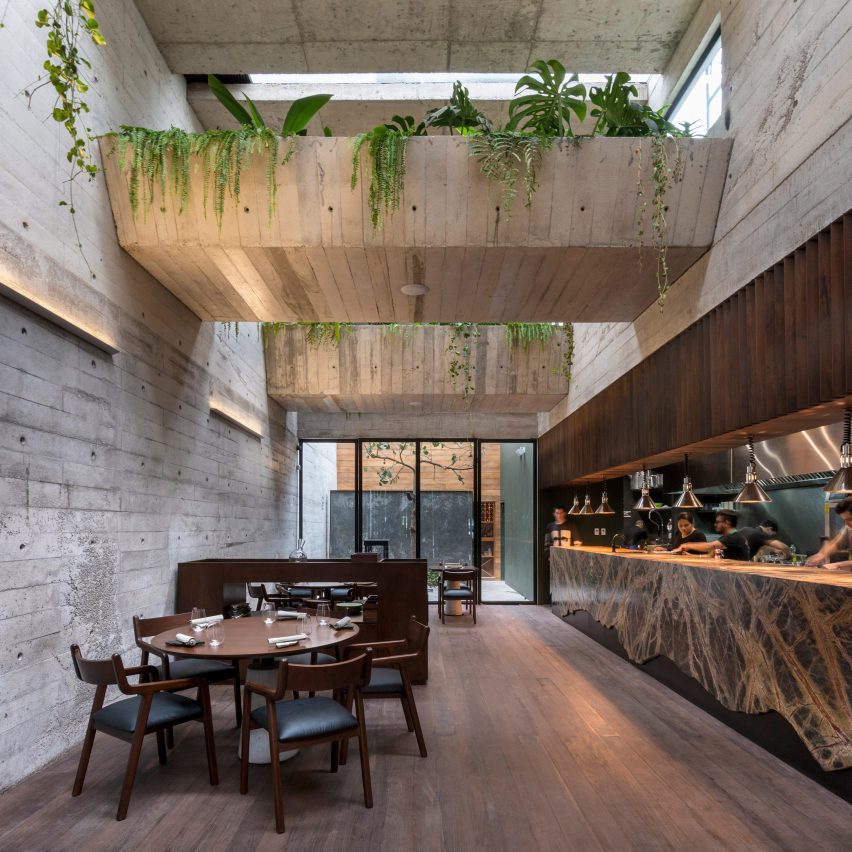 A rooftop garden and concrete beams filled with green vegetation are among the features of this restaurant in Lima designed by local firm MD 27 Architects. 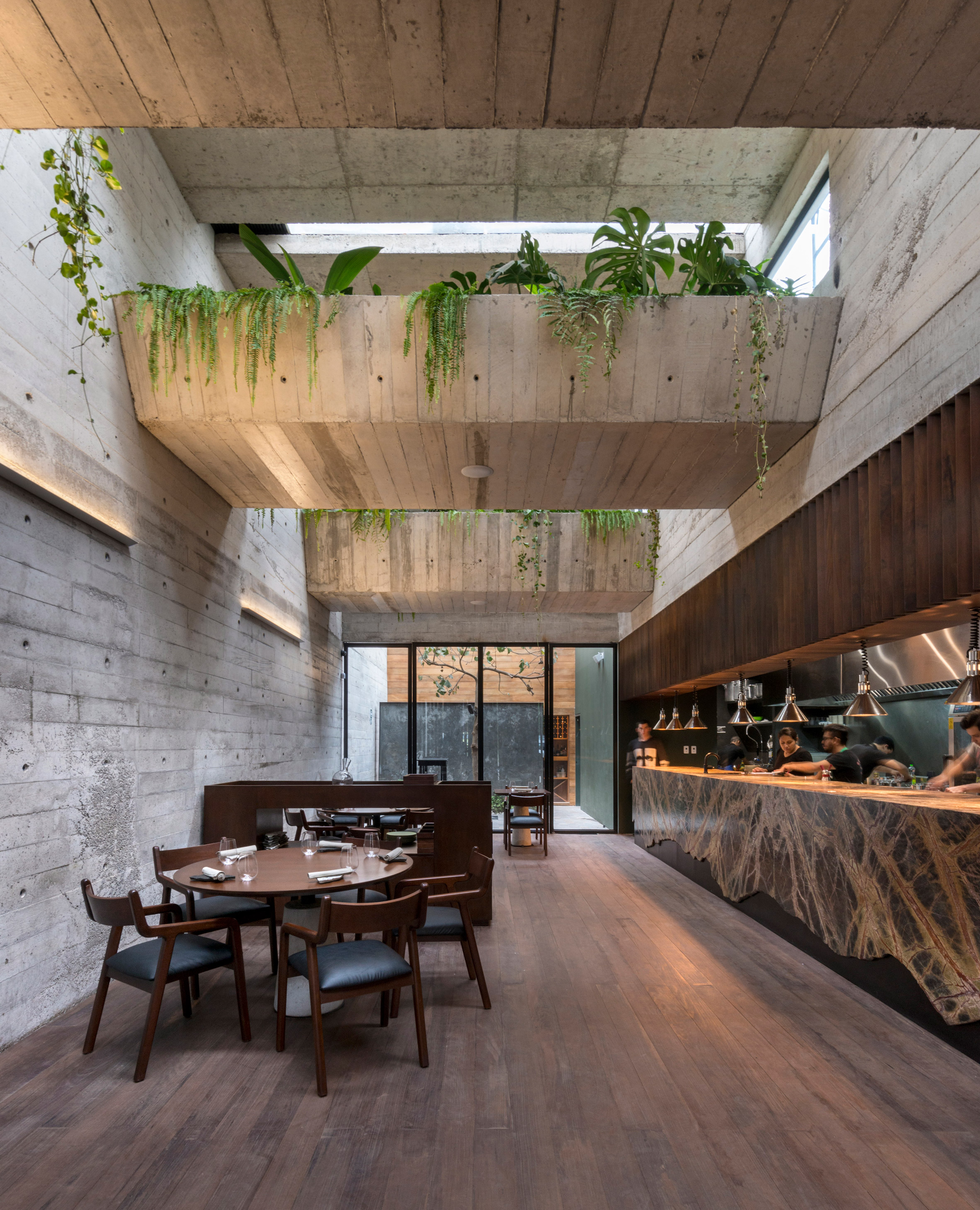 Statera Restaurant is located on La Mar Avenue in Peru’s capital city, an area that is praised for its gastronomy.

Statera is a Latin word that translates to “equilibrium and balance”, two concepts that influenced the eatery’s minimal design and focus on nature. 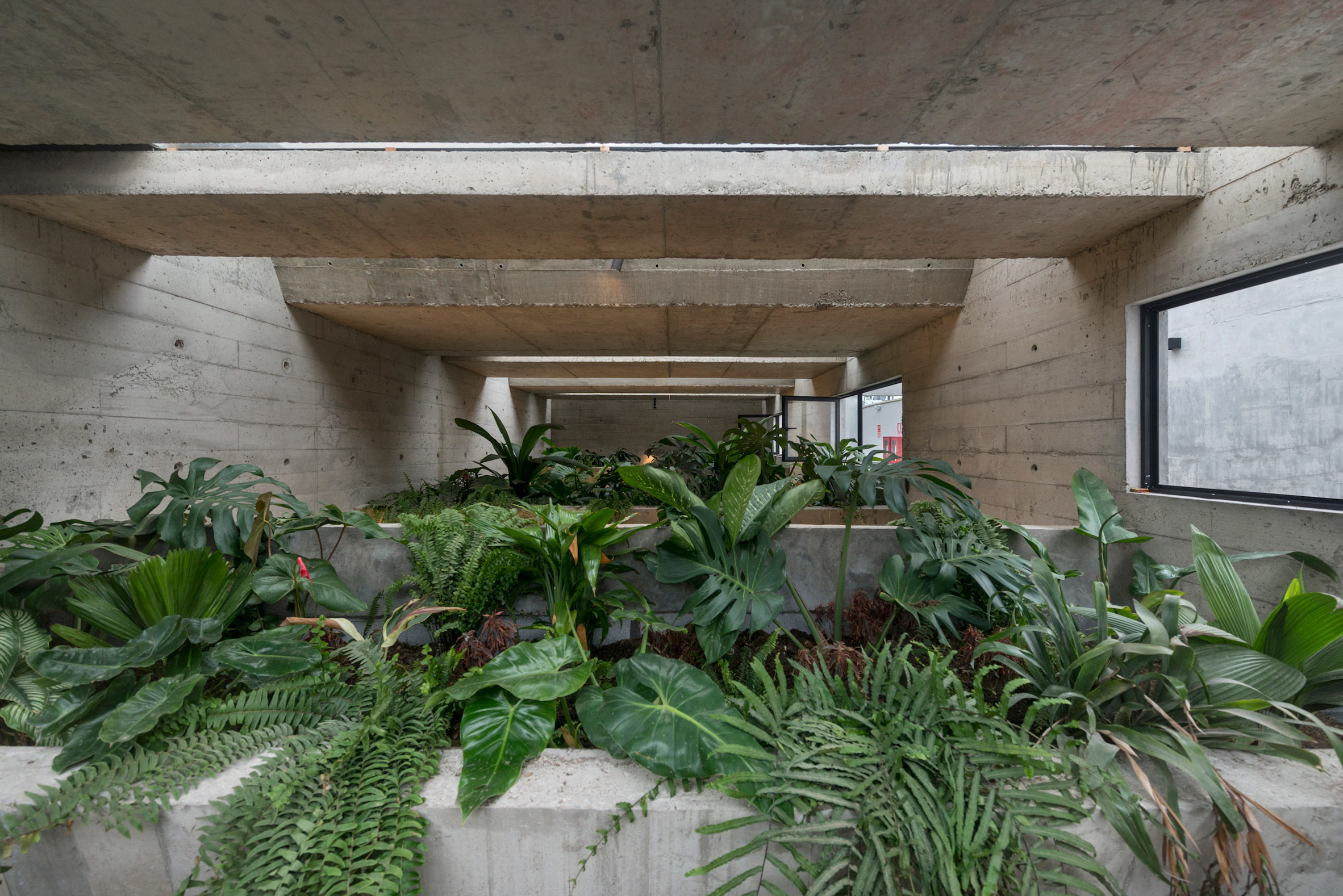 “An interior oasis is discovered behind this sculptural entrance that seeks to reflect ‘the balance found in nature through a perfect equilibrium of contrasts’, much like that found in an oasis,” MD 27 Architects said.

Cast concrete and wood front the exterior gives way to mix of texture and materials used throughout the project. Much of the design was influenced by the patterns, forms and vegetation found in the three main regions of Peru: the Coast Line, the Andes Mountains and the Rain Forest. 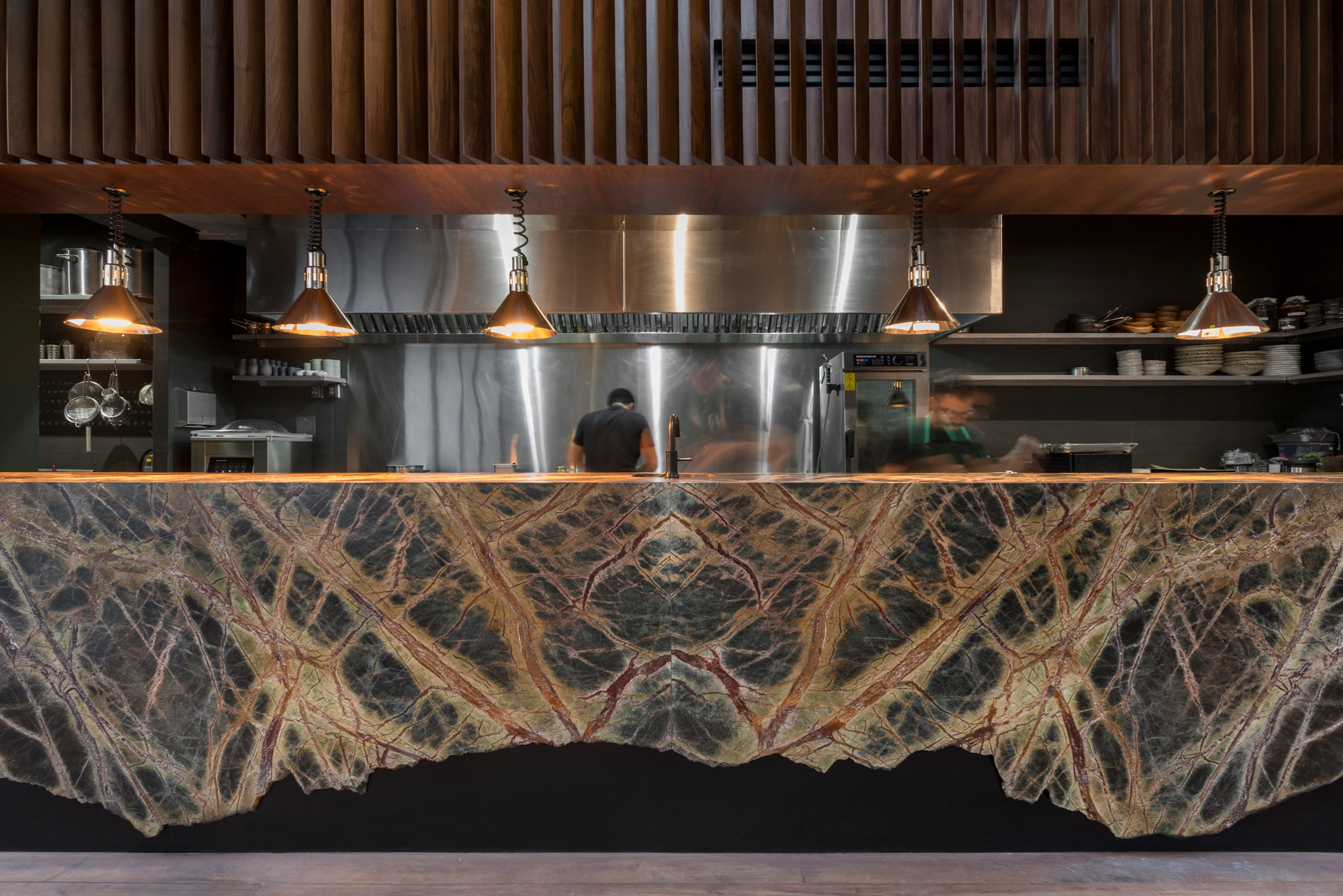 The team chose the concrete construction enabled the firm to make the most of the small site. Packed within the 300 square metre (3,299 square foot) restaurant is a waiting area, dining room for 25 guests, open kitchen, small bar, wine cellar, two restrooms, rooftop orchard and service area.

“The architectural equilibrium of the project along with the spaciousness and gentle proportions of the interior, are achieved by pushing the structural concrete capacity to its limit,” the team said.

Lush greenery overflows from large containers that double as structural beams, while natural light floods into the space from skylights punctured above. 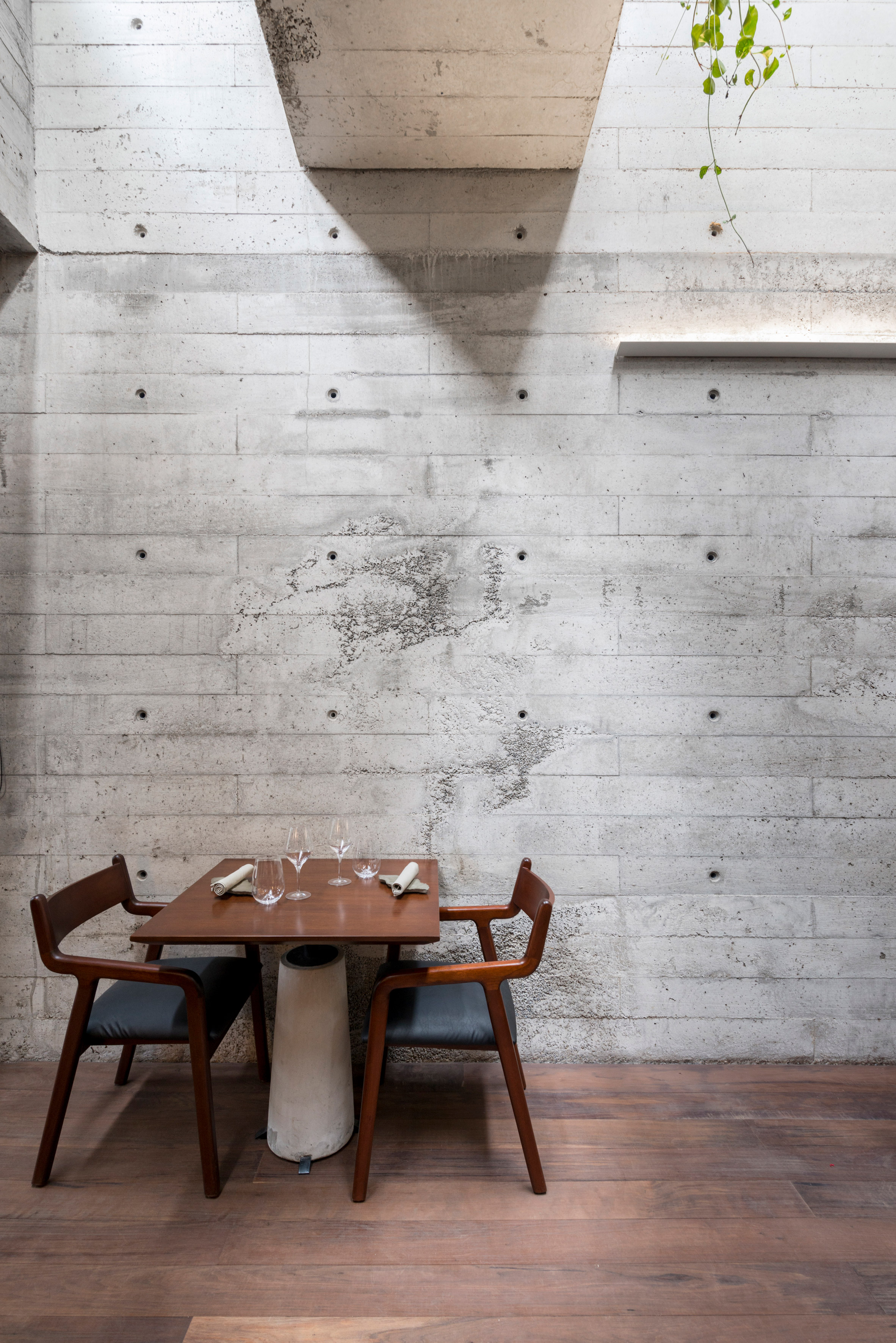 “The theatrical light effect is achieved through the combination of the sun’s movement throughout the day contrasting with the vegetation boxes that filter and guide the main light coming in,” MD 27 said.

To complement the concrete, the team chose wood and stone that are evocative of textures found in nature. Other features include a row of sink basins formed from rocks and the wood clad exterior that fronts the wine storage room. 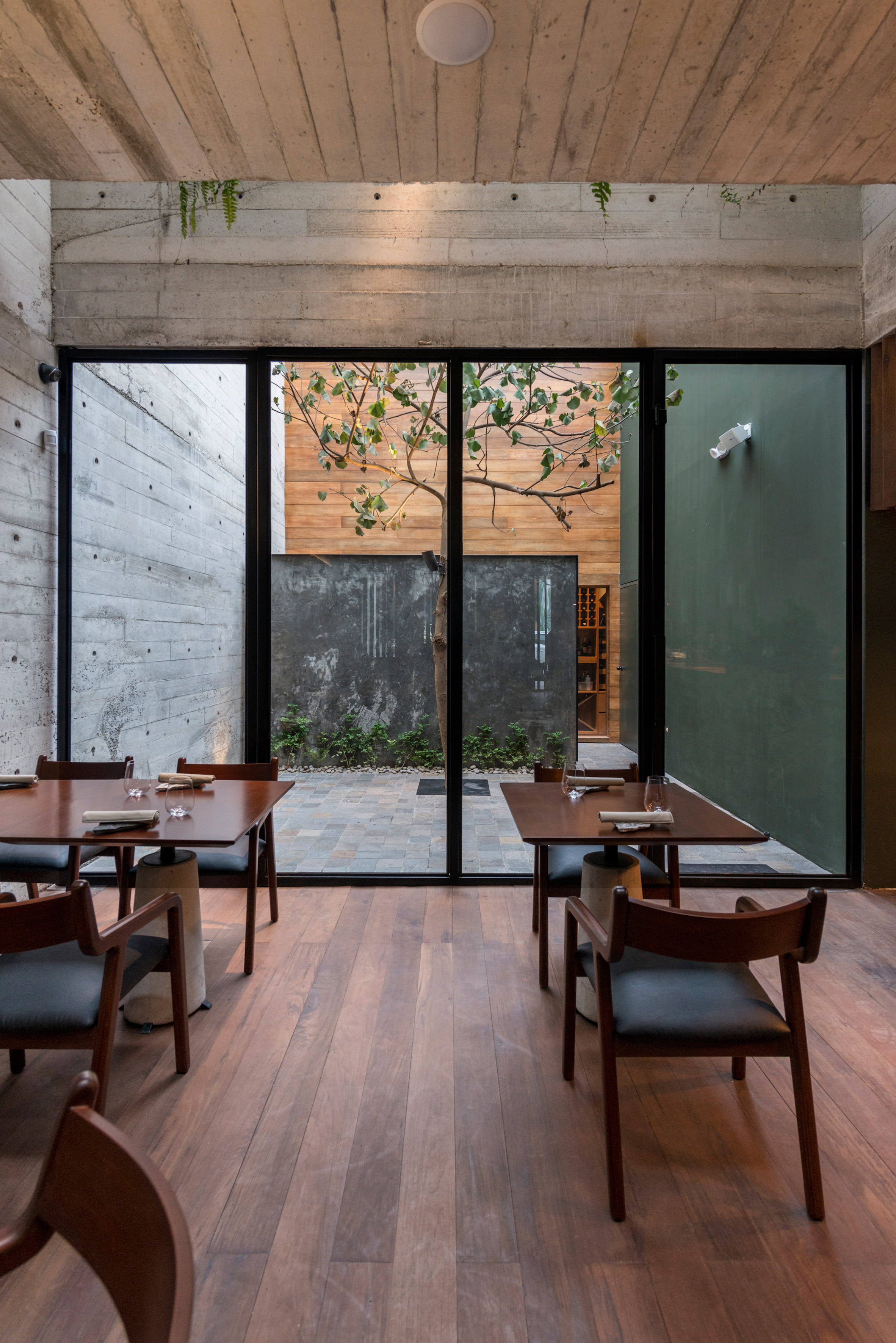 A nine-metre long (29.5 foot-long) rectangular block of green marble serves as a counter space for food preparation. It also separates the open kitchen from the main dining room, so diners are able to watch their meal as its made.

Located on the upper level is The Orchard, a rooftop garden where ingredients and spices used by chef Andre Patsias grows. 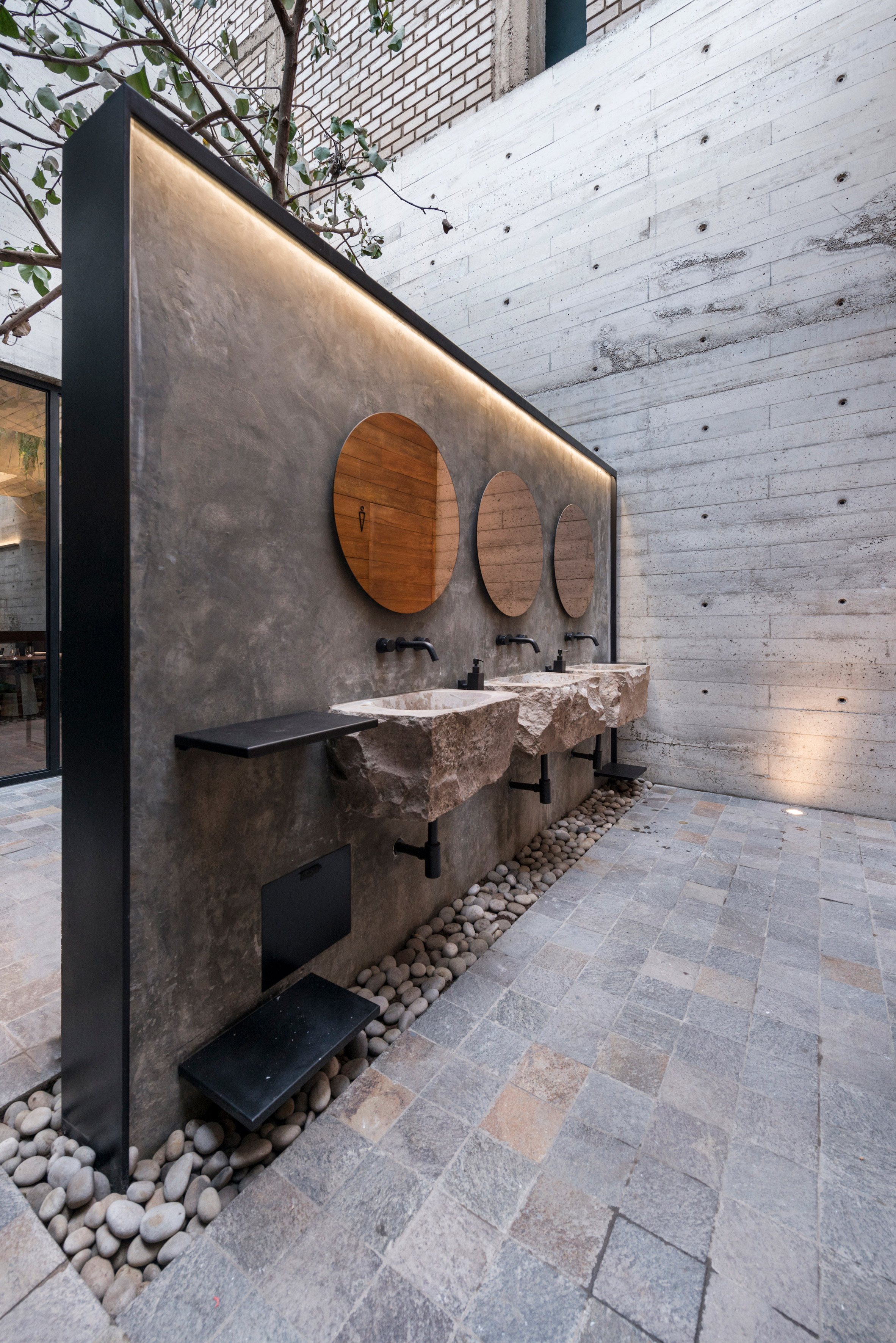 “Andre’s aim was not only to show his connection to nature through his dishes, but also to have a restaurant where all you can breath is nature, no matter where you rest your sight,” the architects said.

In the rear glass doors open up to a patio with a tree and wall partition that separate the dining space from the restrooms, wine cellar and service areas. 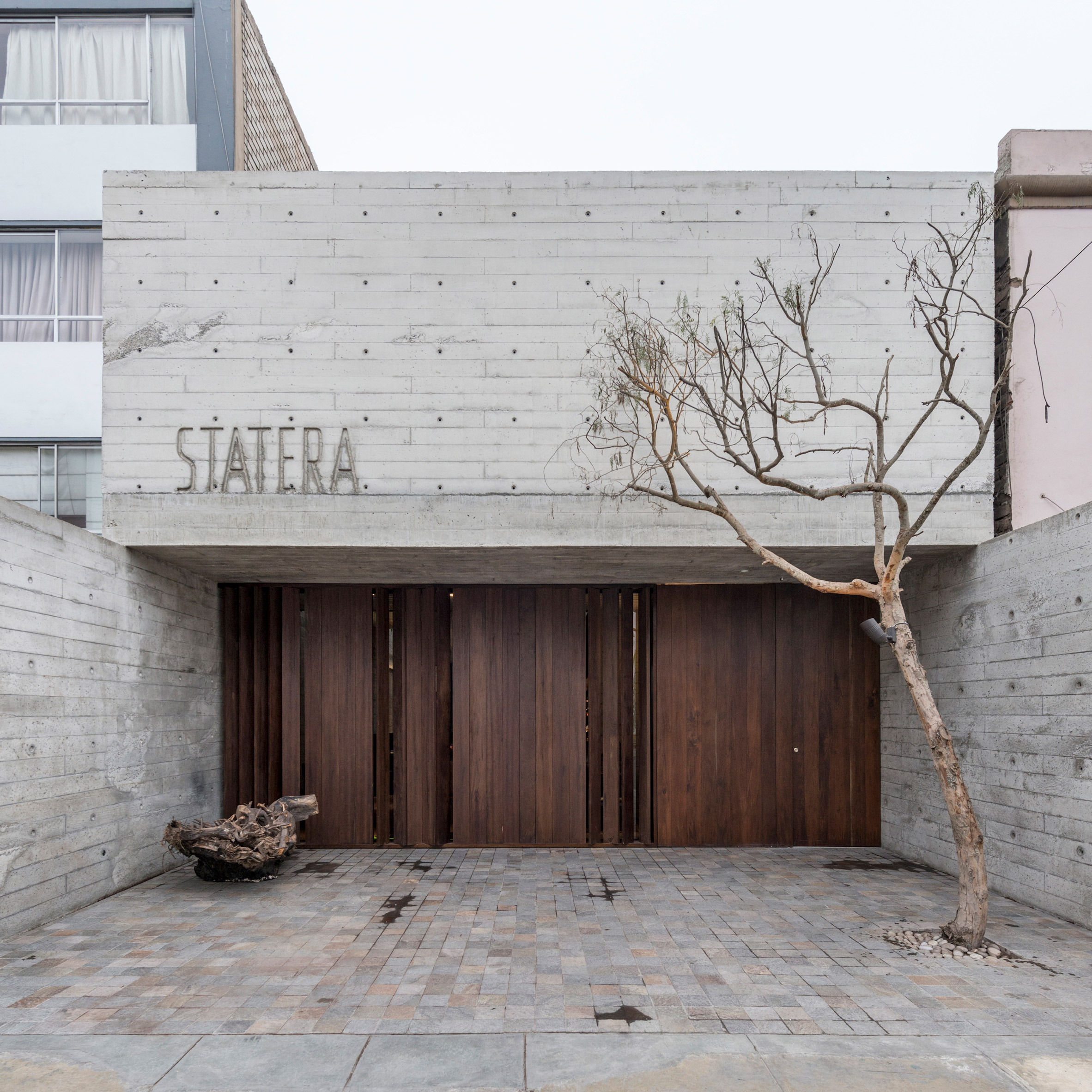 Peruvian studios Ghezzi Novak and Blanco also designed a restaurant in Lima that uses natural materials reflected in the authenticity of the restaurant’s dishes.

Photography is by Renzo Rebagliati.

DIY Projects That Can Transform Your Outdoor Space

Refugee shelters could be built from concrete fabric in 24 hours