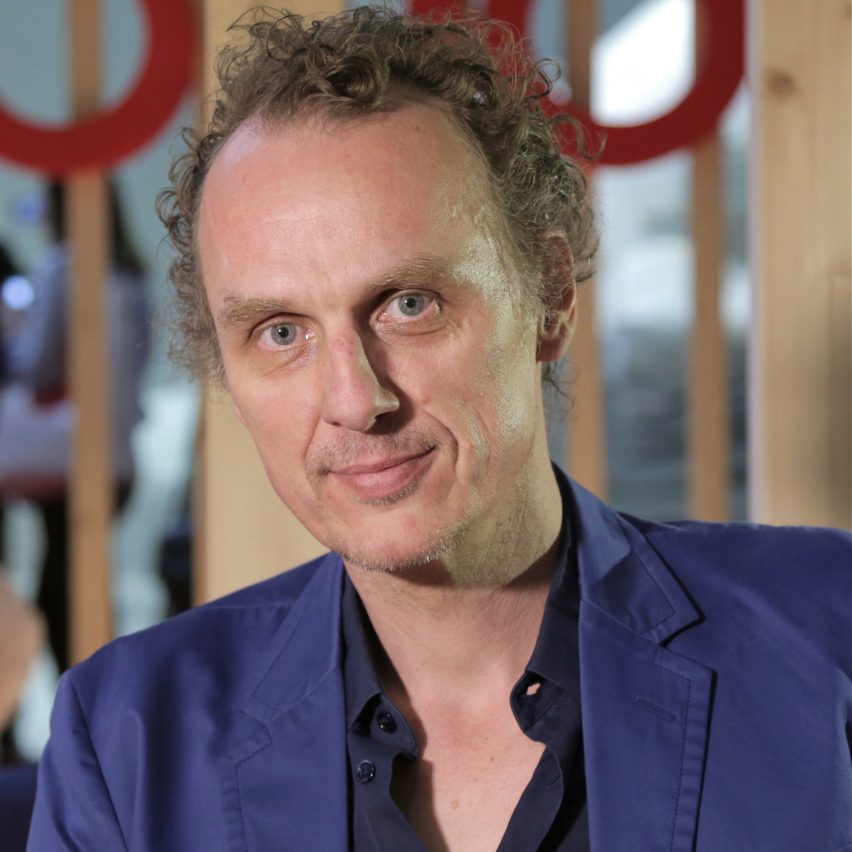 Brands that don’t embrace the circular economy will go out of business, according to Dutch designer Richard Hutten.

Speaking at the Warsaw Home fair in Poland last week, Hutten said that consumers are demanding sustainable products. Companies that don’t respond will fail, he said.

“If companies don’t put sustainability on the agenda, they will disappear. Consumers will refuse their products, and governments will make regulations to make sure they make sustainable products.” In his talk at the Polish design show, Hutten showed a range of seating he is designing for Schiphol Airport in Amsterdam. The project, which involves replacing all 27,000 seats in the airport’s gates, follows circular design principles to minimise waste and pollution.

The seats are made of recycled aluminium recovered from old airport chairs, and are designed to be able to be repaired easily. Everything is being manufactured within 60 miles of the airport to minimise transportation.

“We will recycle existing furniture which otherwise had to be thrown away, and make objects that are easy to repair, easy to maintain and easy to clean so it still looks perfect after a long time,” Hutten said.

The Netherlands has embraced the circular economy. The Dutch government has announced plans to reduce the use of primary raw materials including minerals, fossil fuels and metals by 50 per cent by 2030, and to make the entire national economy circular by 2050.

In its 2016 policy document the government set out its vision for “a future-proof, sustainable economy for us and for future generations.”

“Sustainability is getting more visible in Holland every day,” Hutten told Dezeen. “People not only protest in the streets, but they are actually starting to change their habits. The government has introduced a rule that they only buy circular products for themselves. Big corporations like Schiphol understand they have to become green to keep their customers satisfied.”

Gispen plans to be a circular business by 2025

Based in Rotterdam, Hutten has designed products including the classic Dombo children’s mug and the X-Chair for Moroso. He is art director of Gispen, the second-largest furniture brand in the Netherlands, which has its own plan to become a circular business by 2025.

“The main idea behind the circular economy is that we reuse products whenever possible in order to prevent waste production, and doing so by means of innovative manufacturing and clever usage,” says the brand’s website.

“As their art director I’m deeply involved, and I try to push them to go behind circular design and take it to the next level,” Hutten said.

“Regulations should go much further”

“This means products will stay in the first circle much longer, before they get recycled,” Hutten said. “But regulations should go much further. For example, products should be made in such a way that all the different materials they are made of can be separate easily, otherwise you can’t recycle them.”

Hutten dismissed products that use recycled materials that can’t themselves be recycled again.

“The main circles in the circular economy are maintenance and recycling,” he said. “The key words are repair, reuse, reduce, repair. And recycling means that you can recycle materials again and again. There are a lot of materials on the market made of recycled materials mixed with resin. This is not reducing the amount of waste, this is increasing it, since it can not be recycled again.”

Plastics should be banned or reduced

The next step is to eliminate the use of fossil fuels from the economy, Hutten said. “In circular design 2.0, as I call it, there is a strong focus on the ban or reduction of oil and oil-based products such as plastic.”

“That means products are produced near the place where they are used, and there is a focus on materials which require less energy to make,” he added. “Companies that adapt to these changing circumstances, in which government and consumers demand sustainable products, will be the only ones surviving eventually.”

Earlier this year Dharan Kirupanantham, eco-innovation programme leader at Adidas, told Dezeen that adopting circular design is the only way forward for brands. “It is the solution,” he said. “We don’t see it any other way.”

The Ellen MacArthur Foundation has called on 20 million designers to help shift the global economy away from the linear model.

The foundation’s chief executive Andrew Morlet will discuss the initiative at the Dezeen Day conference in London on 30 October.

IKEA has also pledged to become a circular business by 2030.

The post “If you don’t have a circular business, you won’t have a business,” says Richard Hutten appeared first on Dezeen.

A Sprawling Luxury Home in Brazil that Emphasizes Fun and Creativity