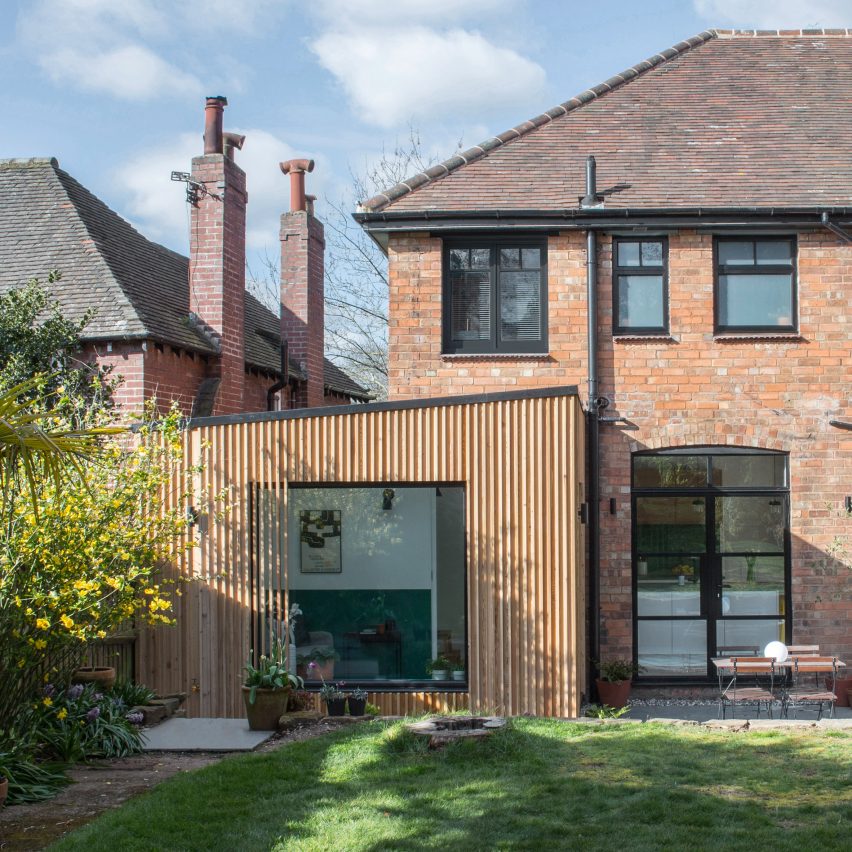 Intervention Architecture has refurbished and extended a semi-detached house in the Birmingham suburb of Moseley, adding a garden room clad with cedar battens.

Designed for an illustrator – giving the home its name of Illustrator’s Botanical House – the living spaces have been opened up as much as possible. 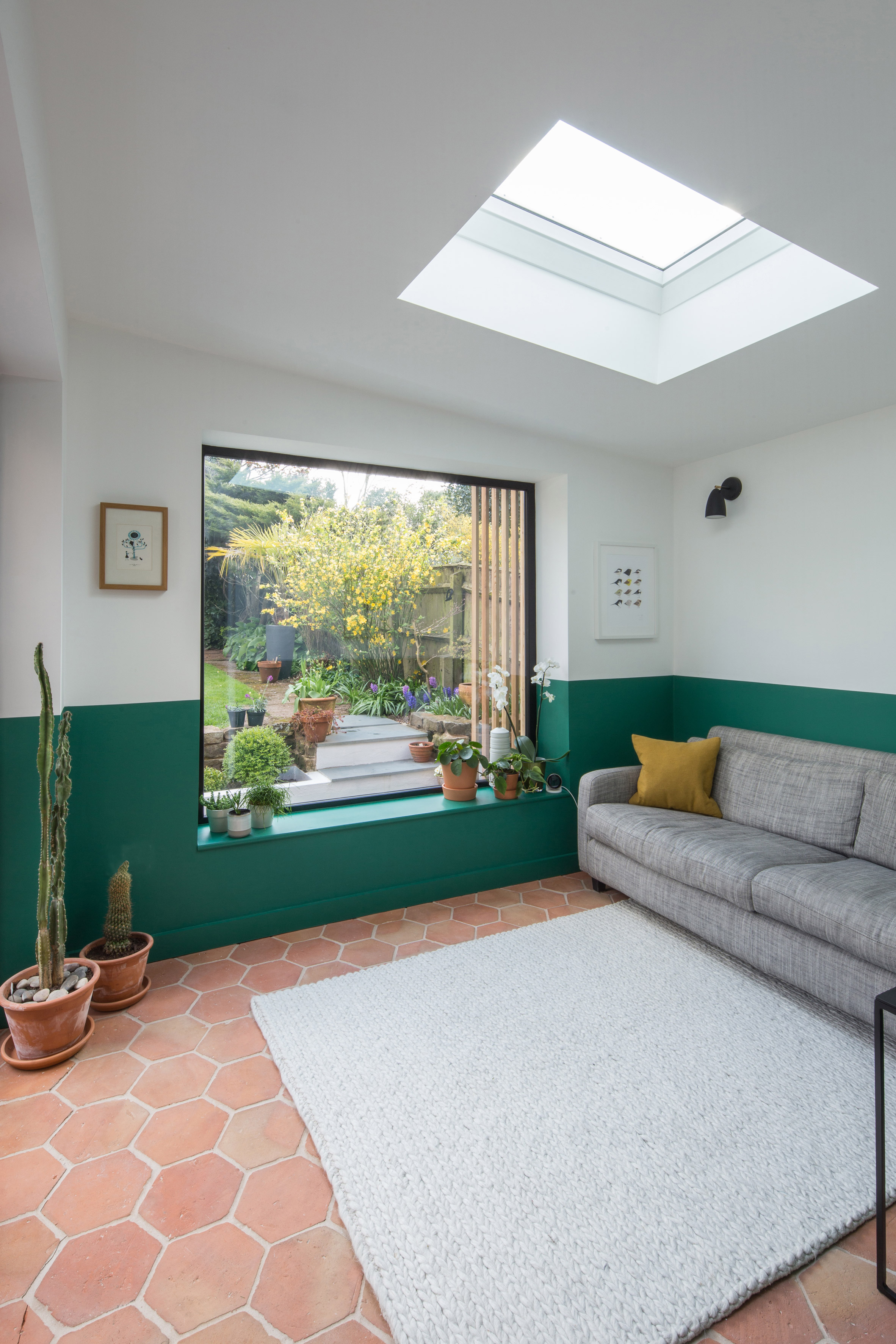 Light enters from the north-east facing garden and the additional room has a stronger collection with the greenery outside.

At the rear of the home, a large living, kitchen and dining space fills the entire width of the site, leading into the protruding extension with a sliding door. 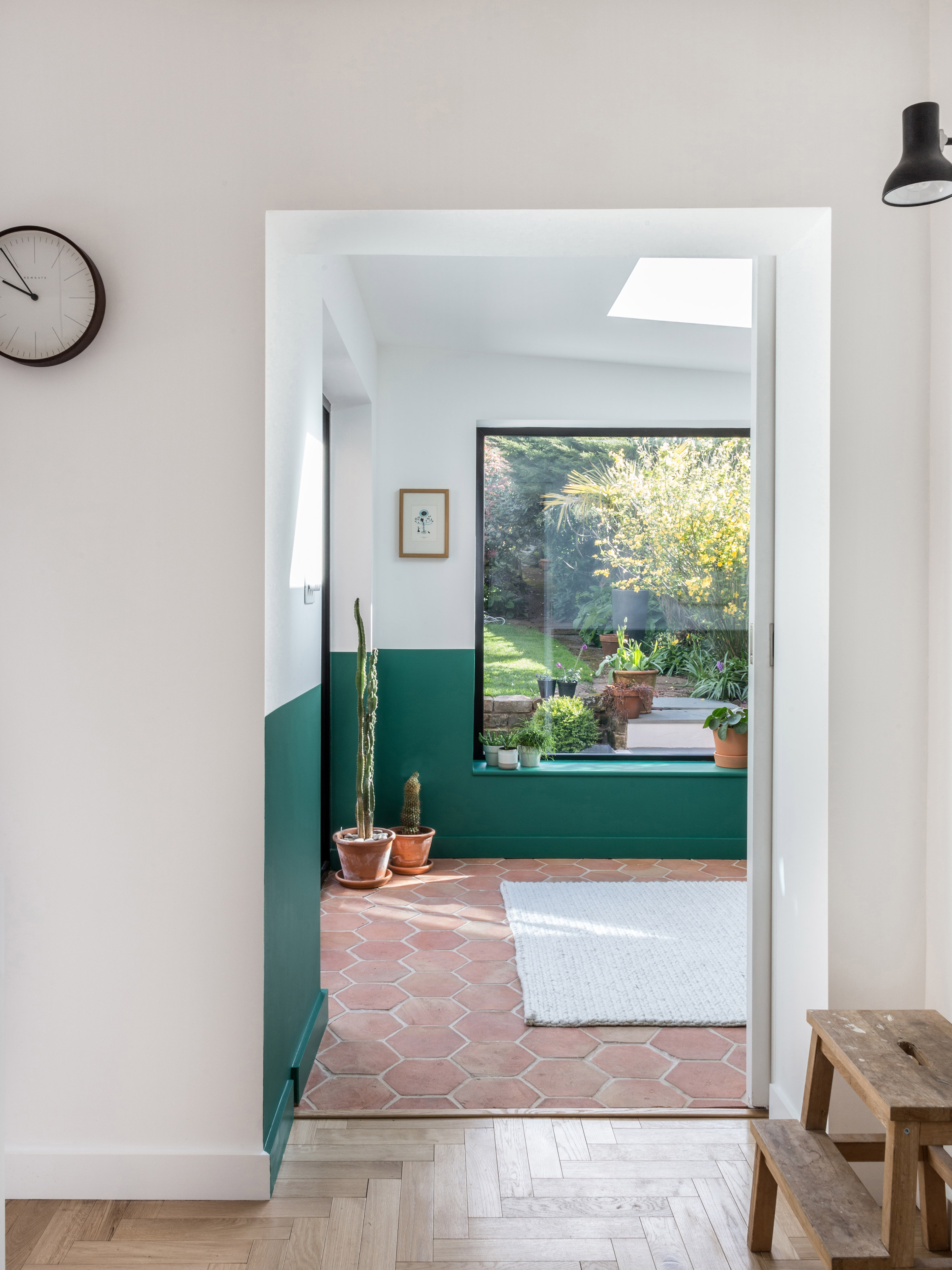 Above, the more private first floor houses a bedroom and bathroom spaces, accessed via a staircase at the centre of the home.

The expanded living areas all spill out onto a paved limestone patio through a large openable bay window and an adjacent set of doors. 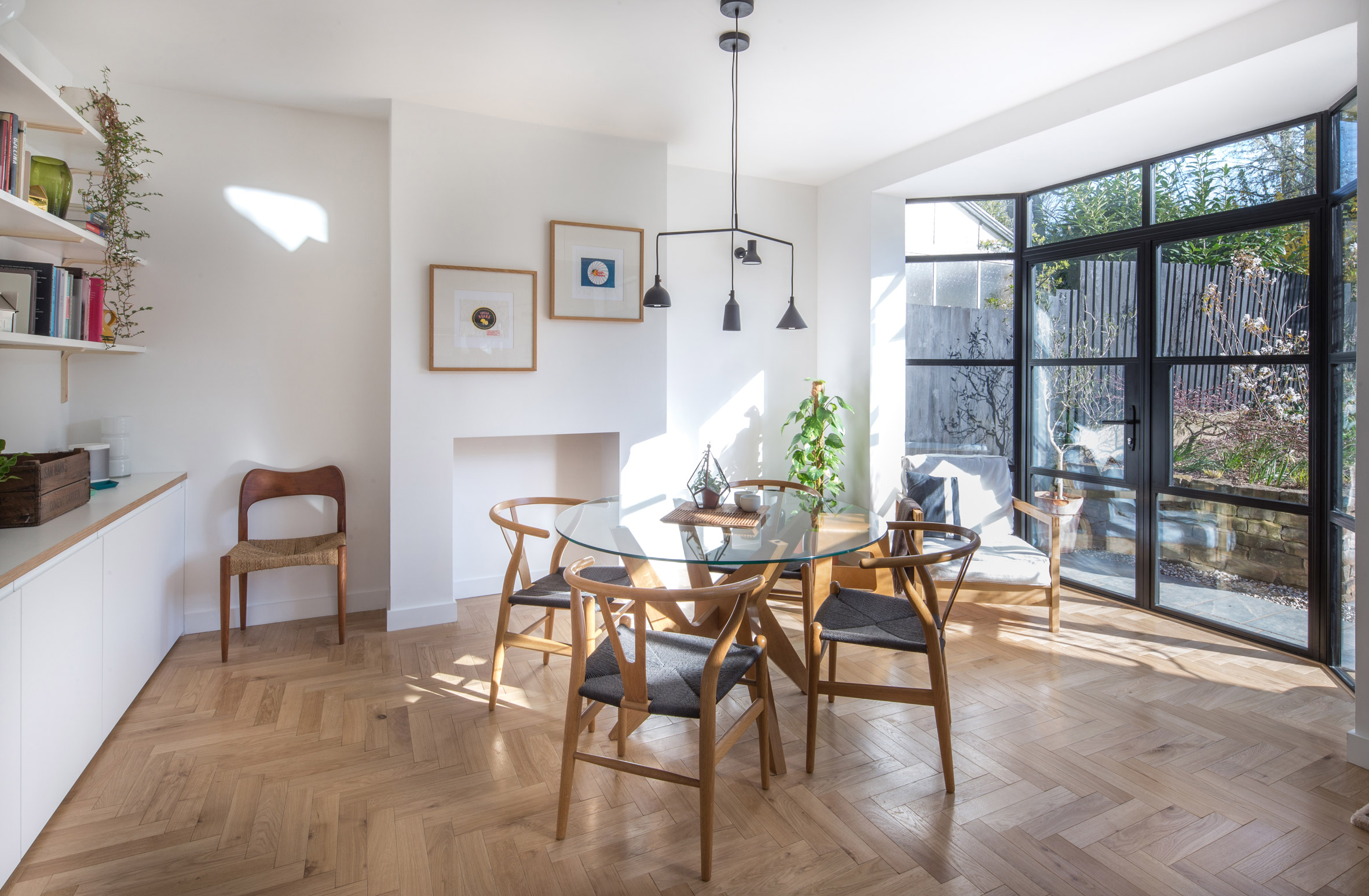 The original timber frames of these were replaced with black, Crittall-style aluminium frames, bringing a slightly industrial feel to the home’s lower level.

White formica plywood, concrete worktops and natural wood finishes are used throughout the living, kitchen and dining area, creating a contrast with the slightly rougher garden room which is accented by a bold green band around the lower half of the walls. 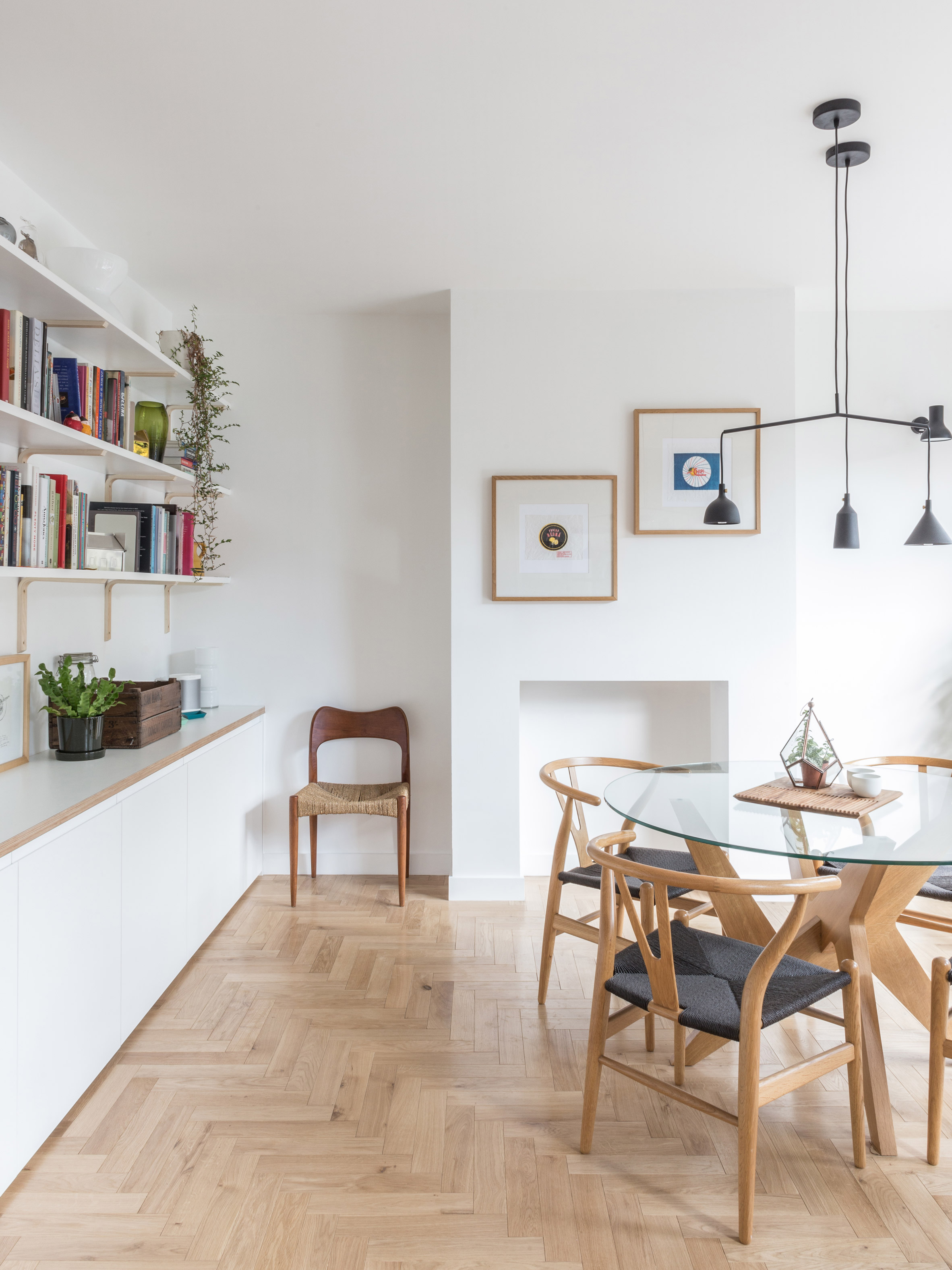 “Within the garden room, to further emphasise the inside/outside space, we used reclaimed honed terracotta hexagon tiles to add warmth and a rough texture within the interstitial area of the house preceding the limestone paving slabs,” explained the practice.

“We set out a bright luscious green to half-line the wall in this space, to create a continuation of the kitchen’s line of green gloss tiles for the splashback.” 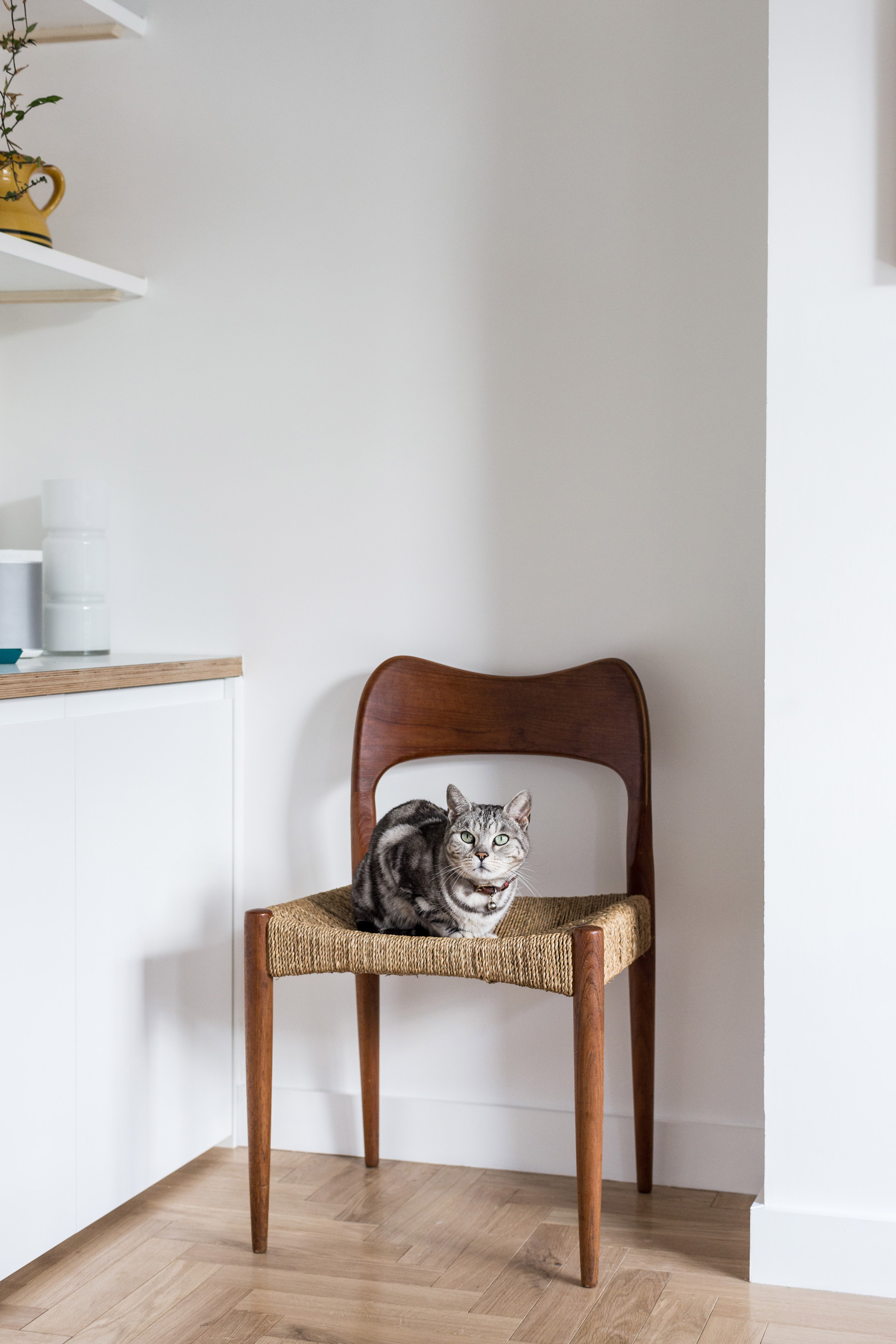 This use of green highlights continues into the main bathroom, which has aquamarine tiles. 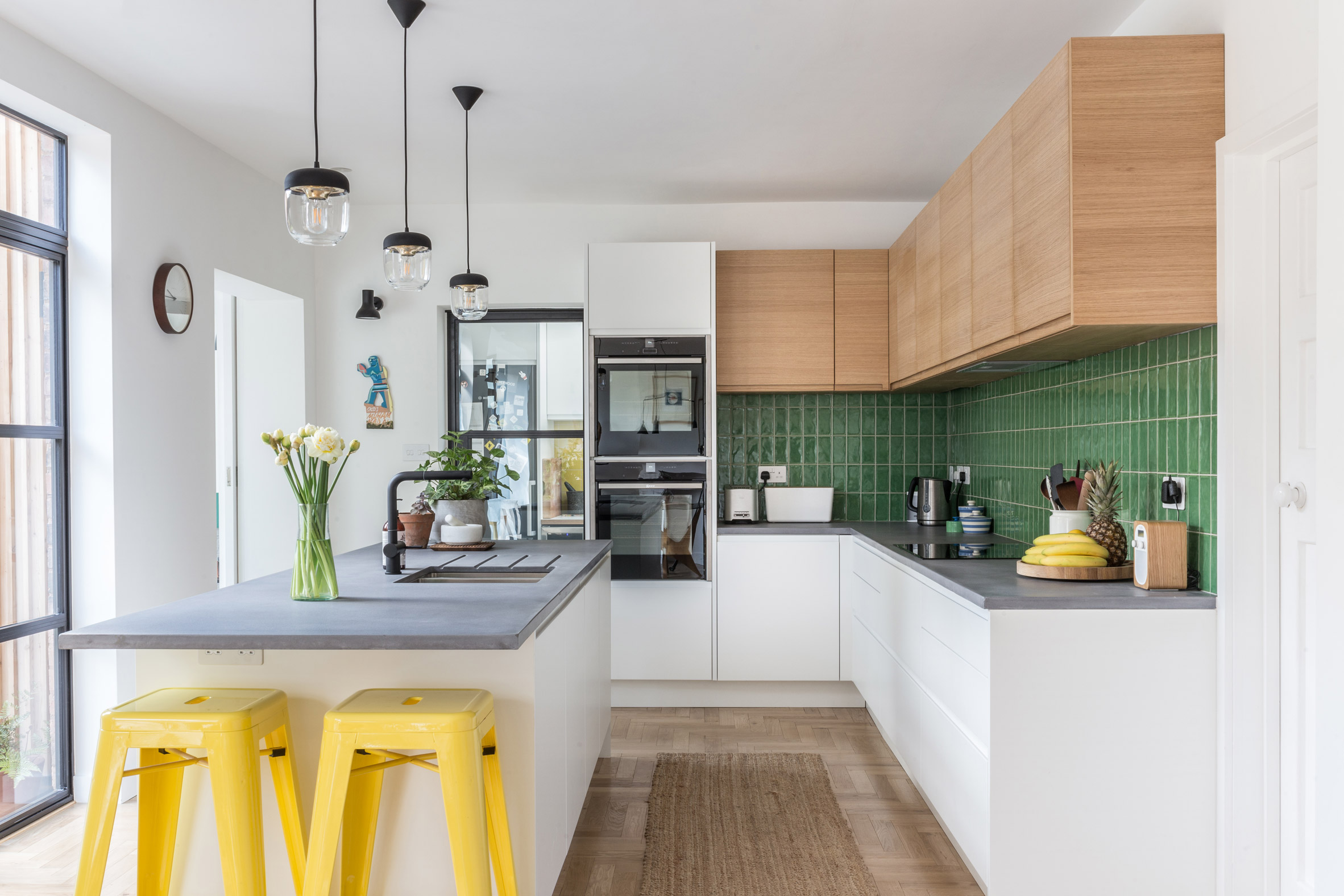 A short hallway leads from the front of the house into these new, open spaces, where the interior flooring materials were chosen to provide a sense of continuity.

“For the flooring, we proposed a contemporary longer format of herringbone oak boards for the main space, to tie in with the smaller existing herringbone blocks found in the house hallway,” explained the practice. 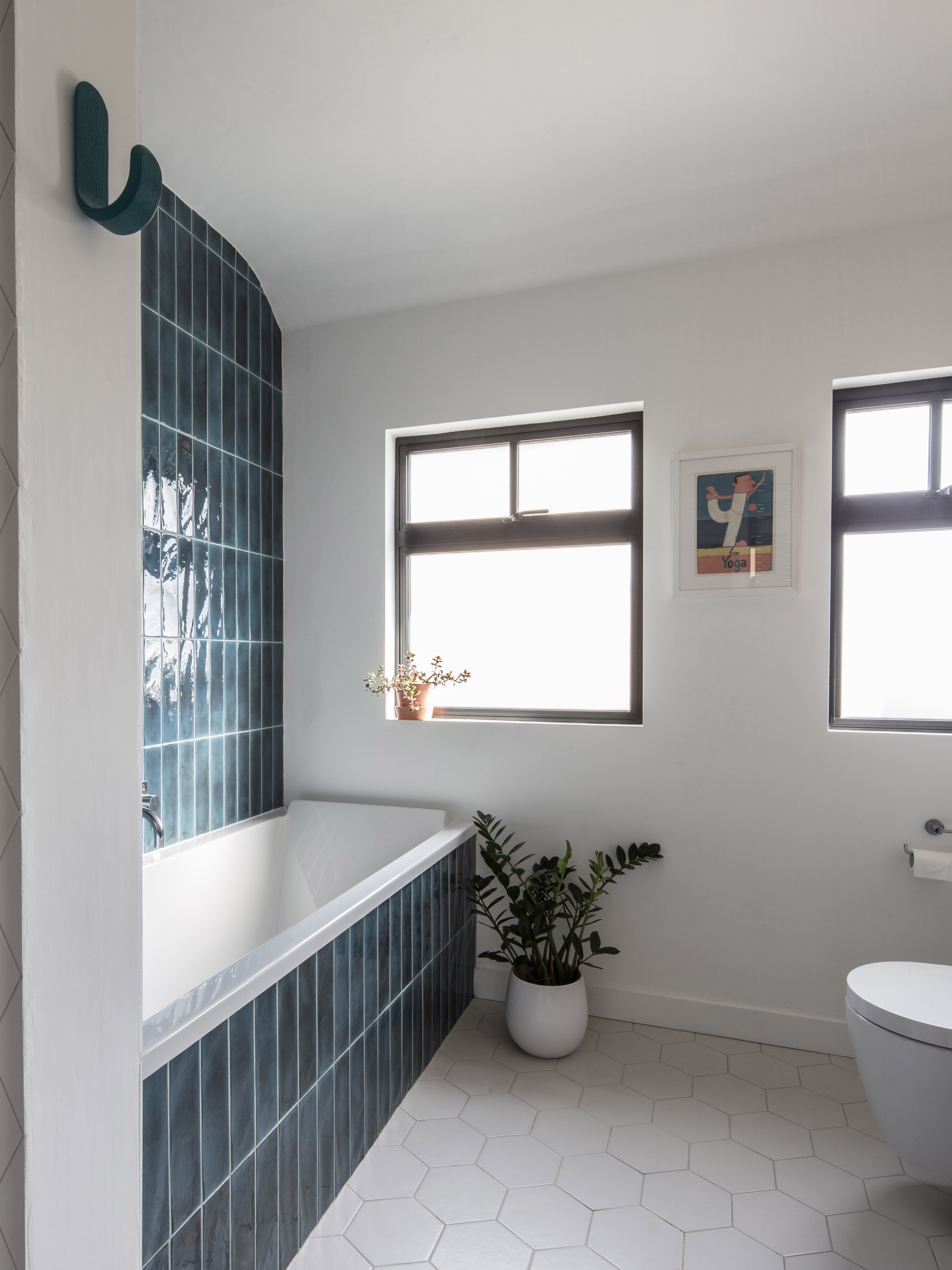 Intervention Architecture was founded in Birmingham by Anna Parker in 2015.

The practice has completed several residential schemes in the city, including a colonnade-like house extension and the conversion of a coach house into a home and writer’s studio.

Photography is by Handover Agency.

NO US AND THEM