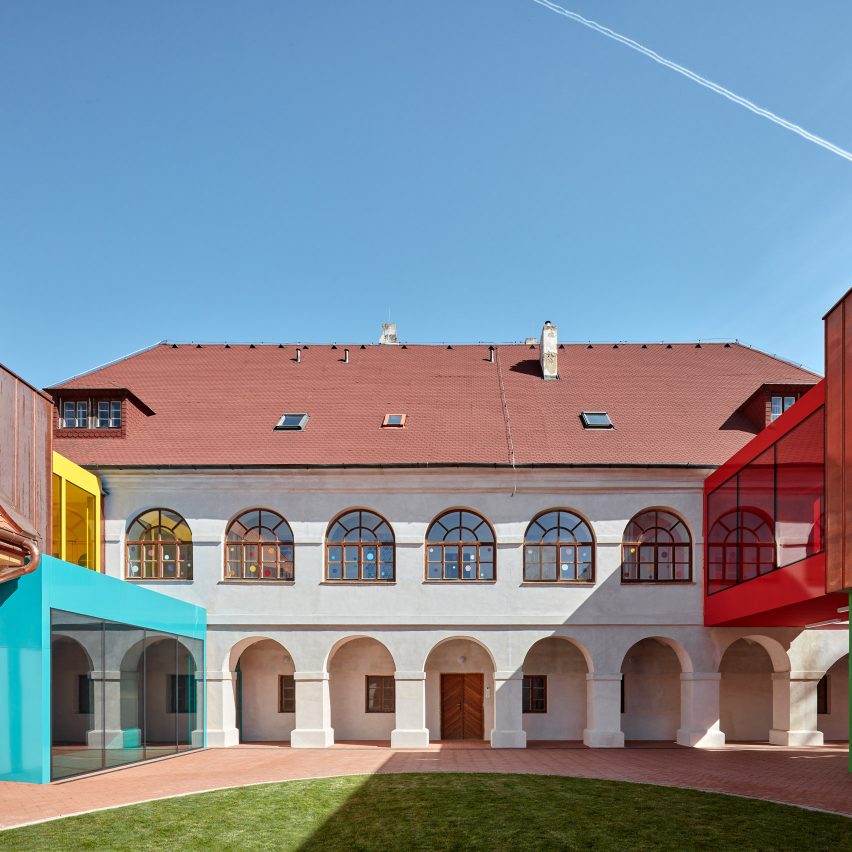 Old church buildings in the Czech Republic have been converted into a modern primary school with brightly coloured interventions by architecture studios Public Atelier and FUUZE. 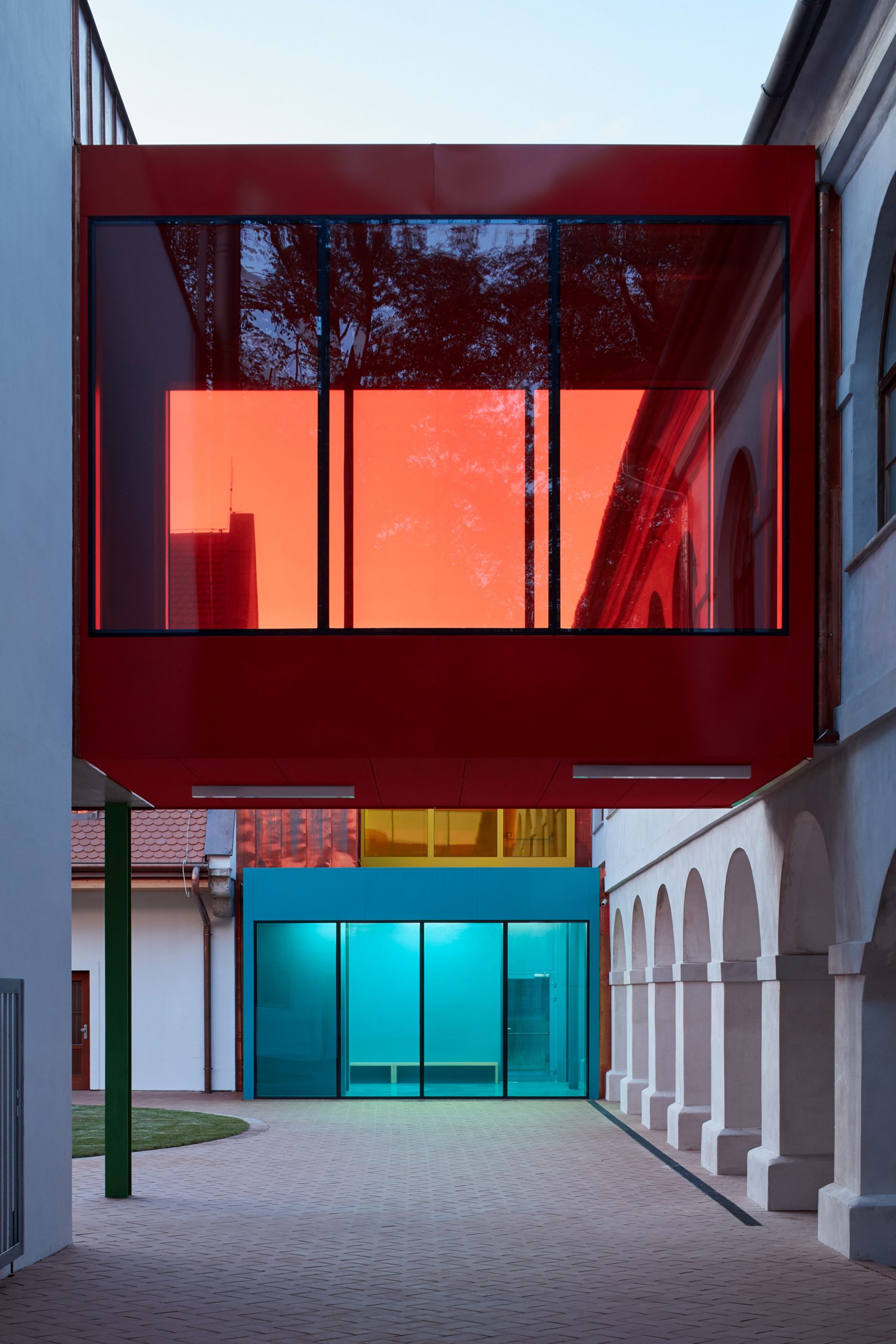 A former rectory and parish building in the village of Vřesovice was transferred from church ownership to the local council in 2013 when it began being used as a school.

However, the roof was in desperate need of repair and the school needed more classrooms and better circulation. 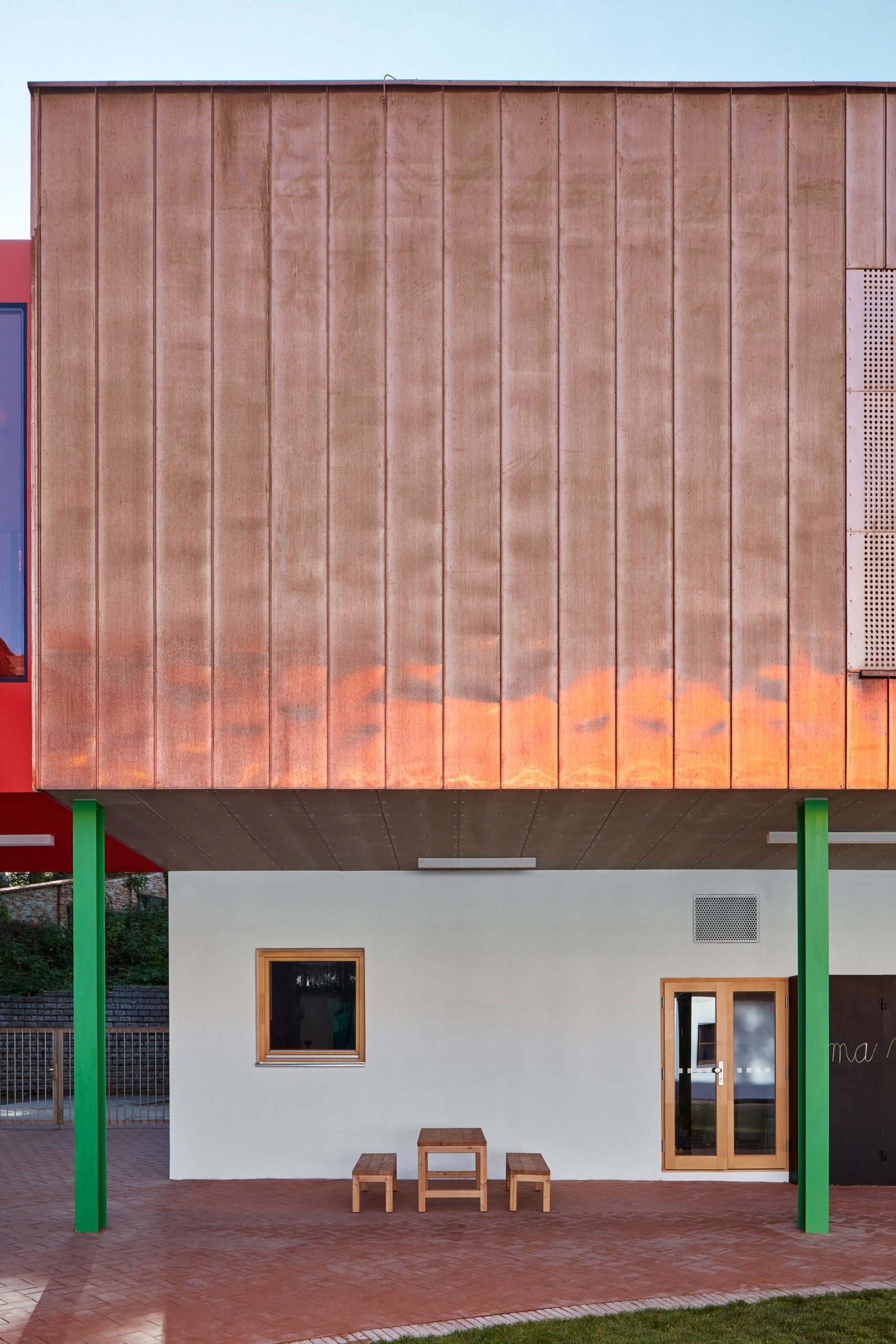 “As far as the needs of the school are concerned, the historical building had several limitations,” said Public Atelier and FUUZE.

“New architectural elements not only improved the conditions for the children and teachers but also transformed their time spent at school into an experience of the space.” 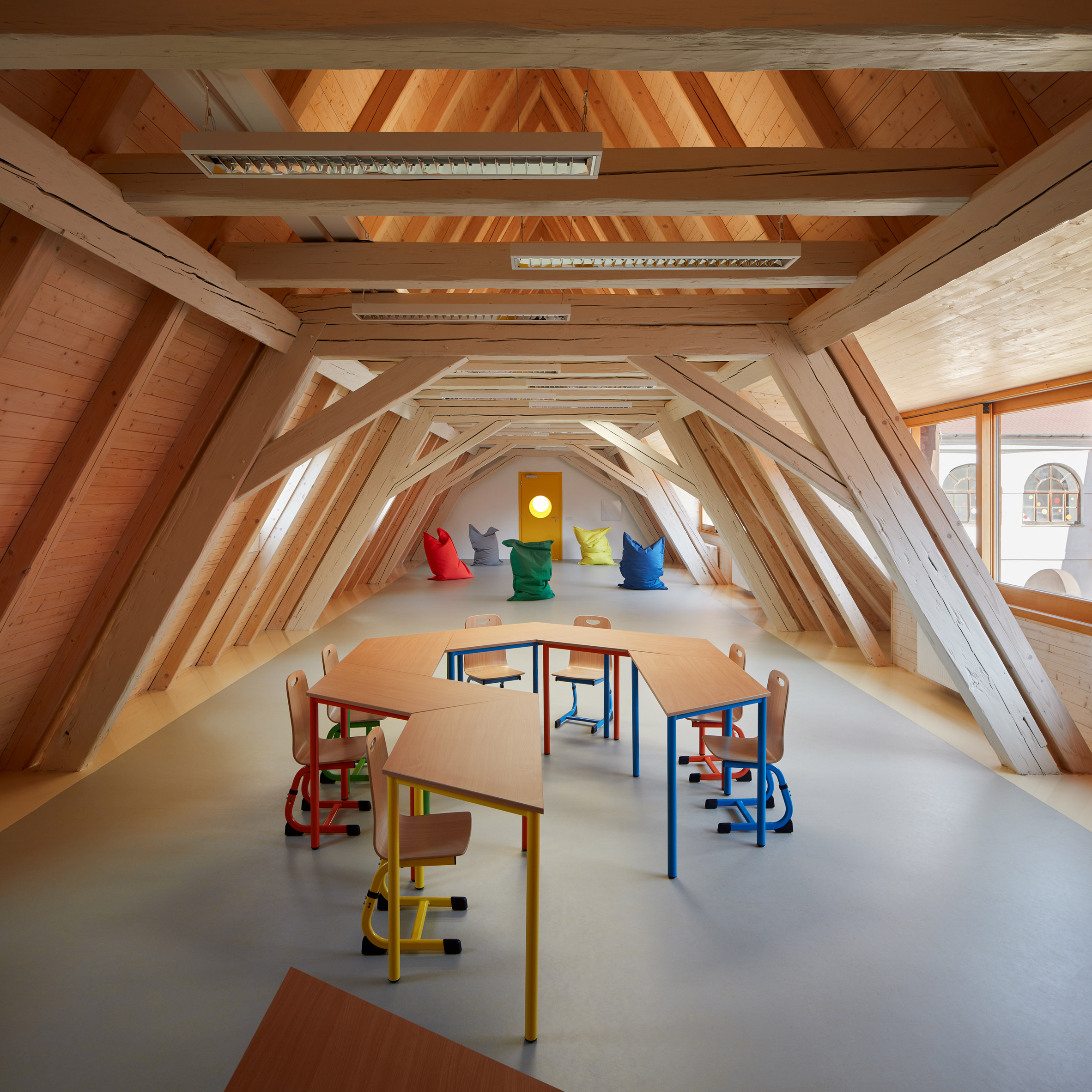 “It brings a playfulness to the complex not only with its colours but also with new possibilities of operation and movement,” explained the studios. “Children are free to choose which entry to school and which colour they will use.” 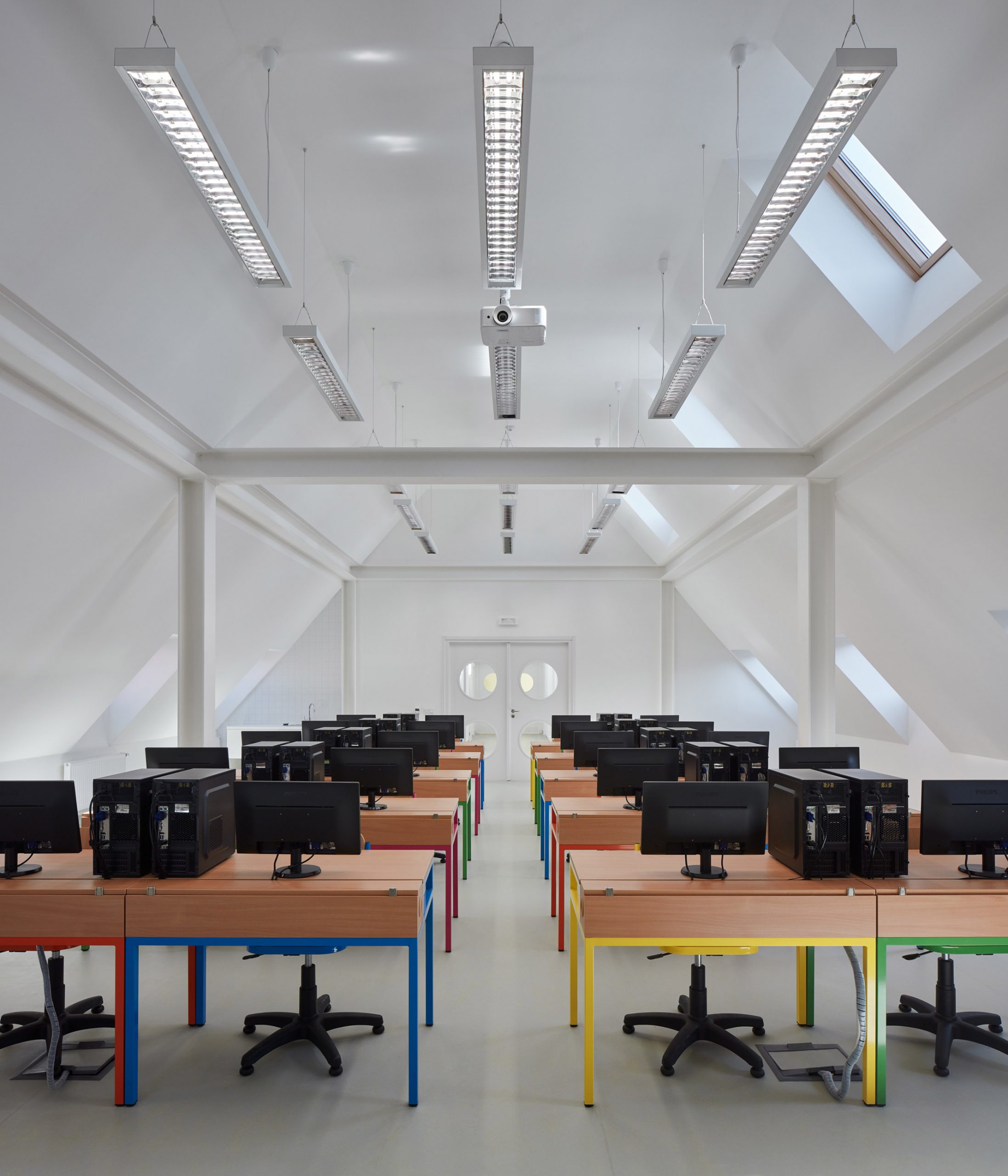 The existing Baroque-era buildings have been restored, and are unified by their plaster facades, red-tiled roofs and copper plumbing.

A terrace has been built into the sloping site on one side, and the central courtyard was also re-landscaped to make a pleasant outdoor playground. 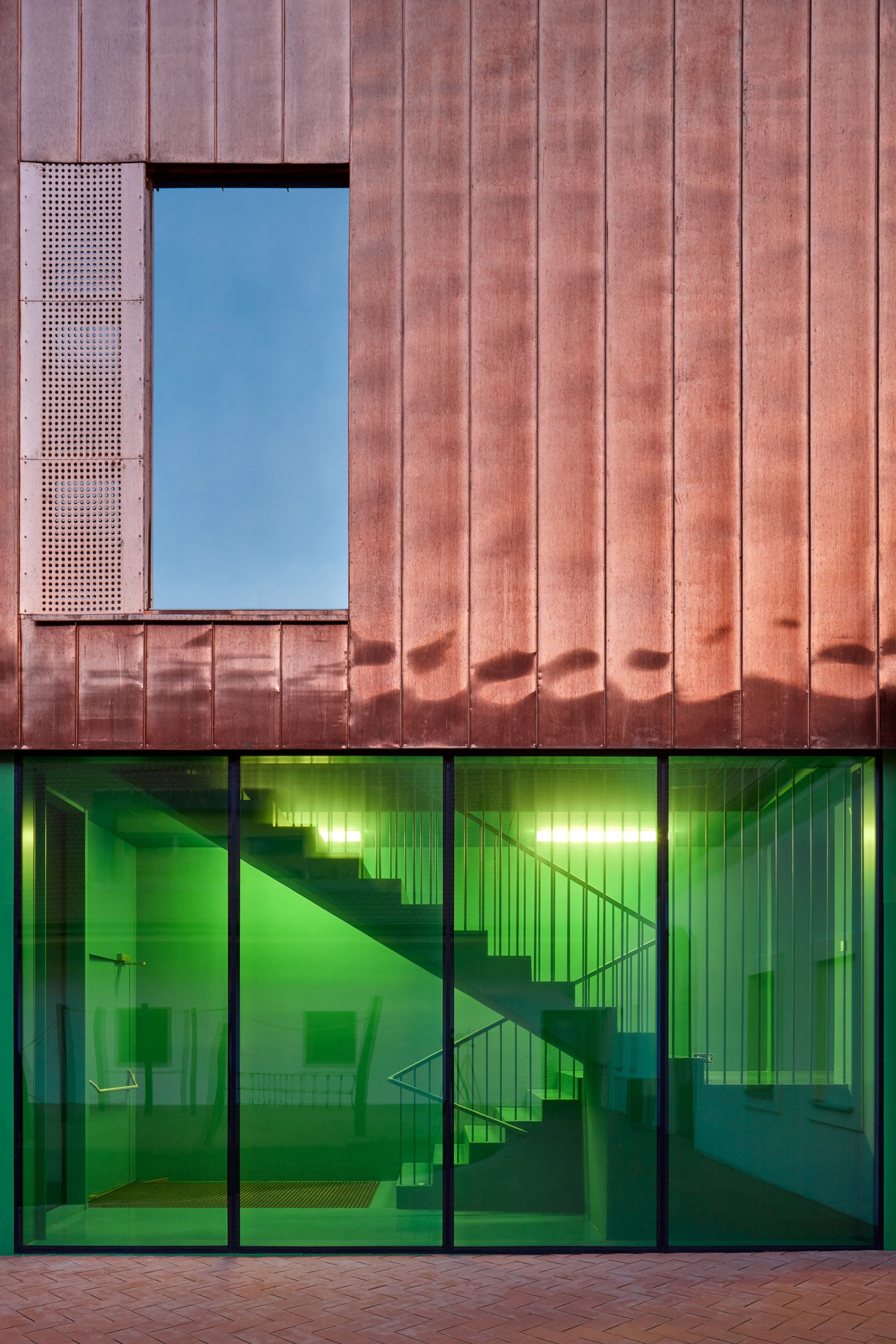 Most of the school facilities have been moved to the first floor, where the classrooms can enjoy views of the nearby Church of St Peter and St Paul.

Classrooms now sit under the eaves of the restored timber roof structure. The first floor has also been extended by a long classroom on green stilts. 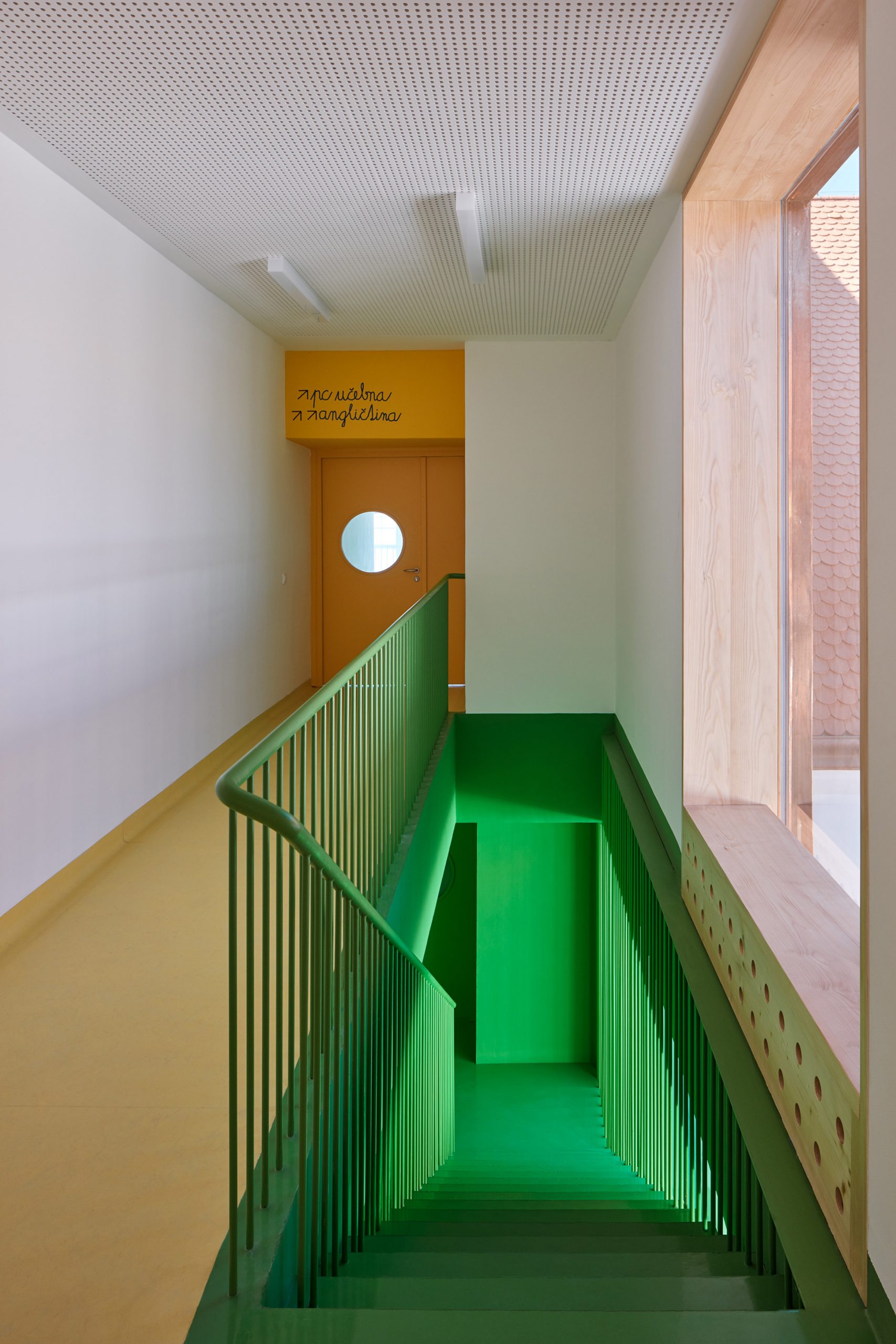 Circular windows in the doors of the new classrooms add another cheerful element to the school. Hardwearing and colourful Marmoleum covers the floors.

The primary colours of the facades are picked out in the accents of the school furniture, such as the table and chair legs and bean bags. 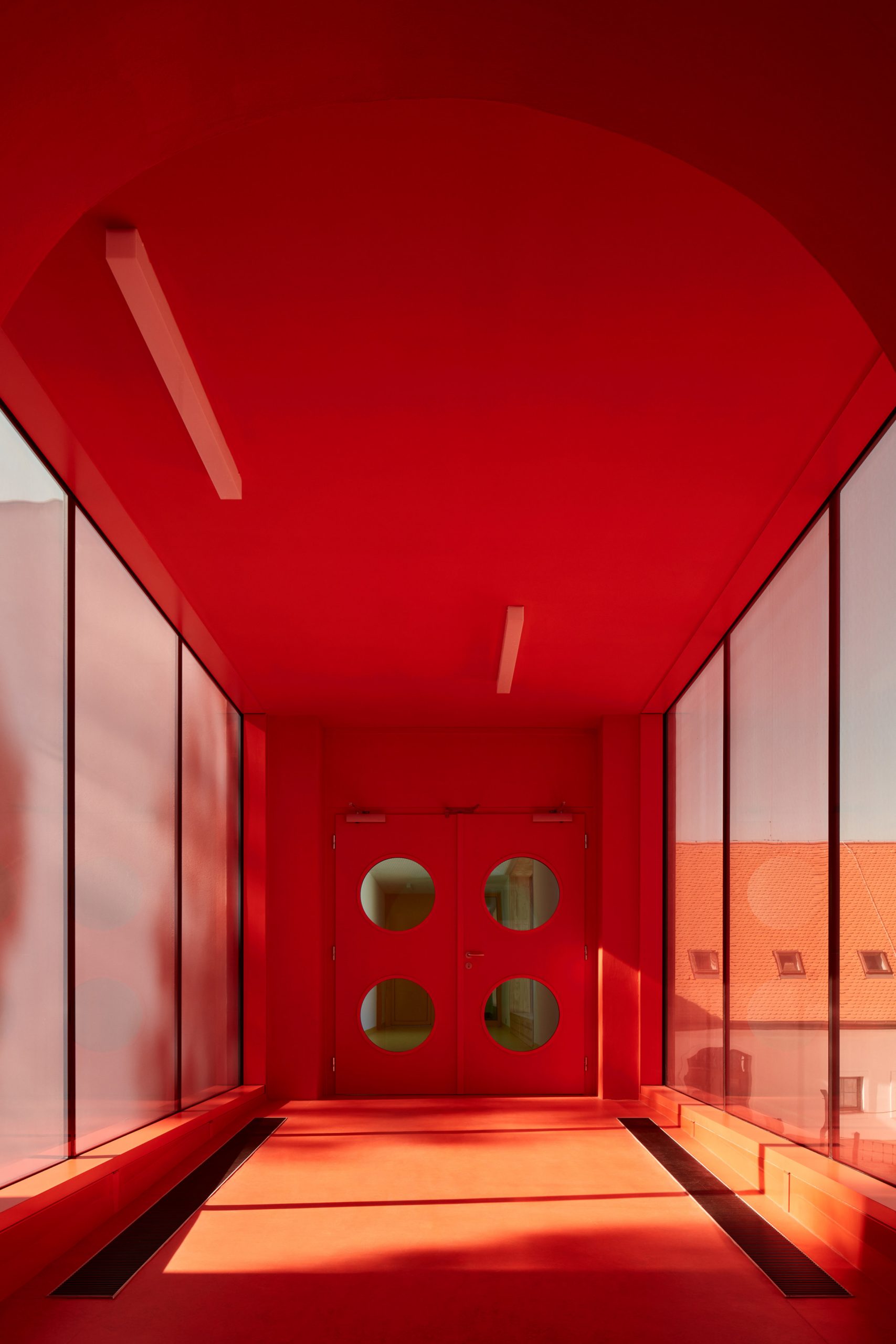 For the final stage, an old gymnasium will be converted and modernised when the municipality has the funds.

Public Atelier was co-founded by Jiří Markevič and Vendula Markevicova in 2019 and is based in Hlučín, and Jaroslav Sedlák set up Studio FUUZE. 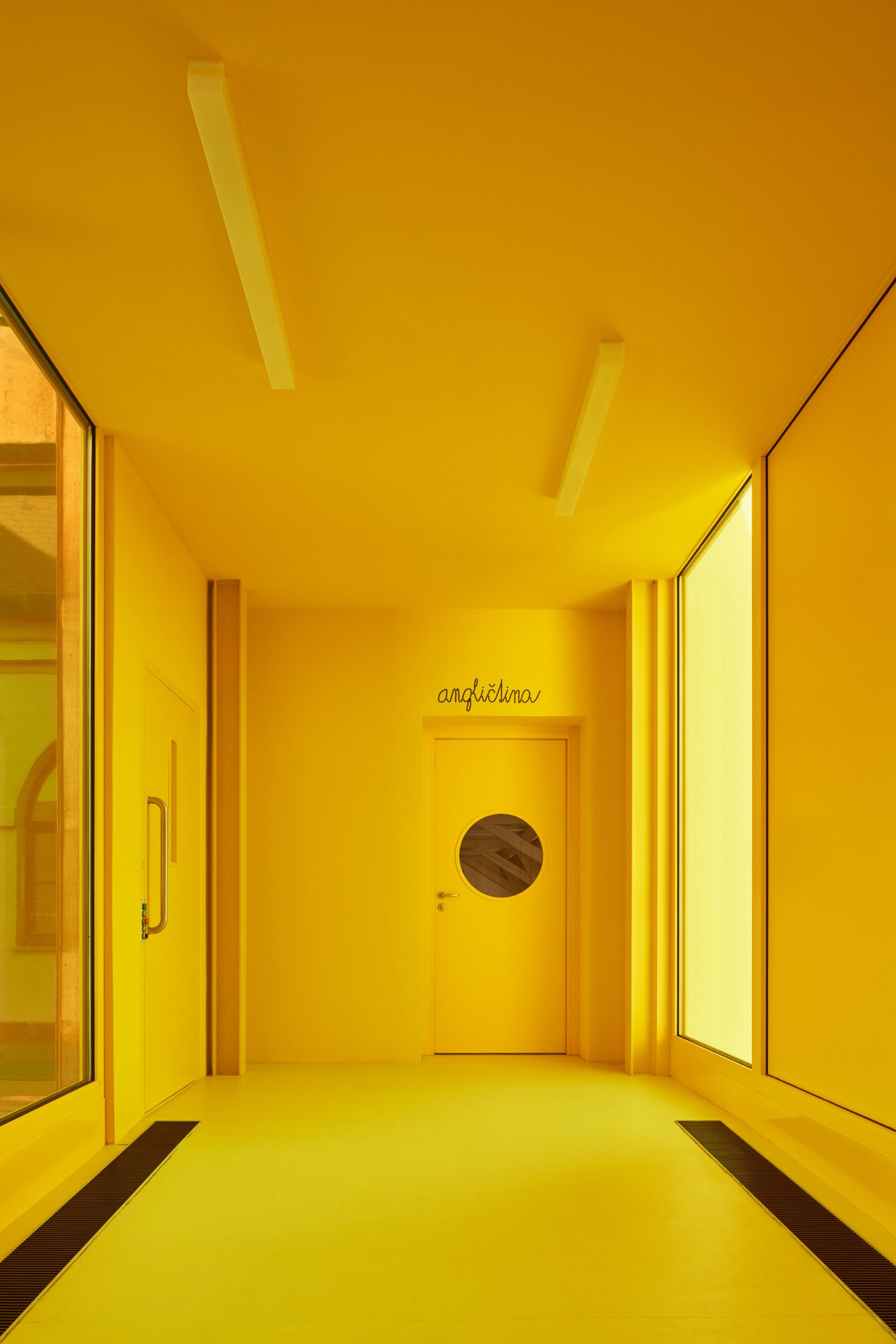 Colourful architectural elements have also been used in a school with yellow playgrounds in Croatia, and these classrooms with roofs that collect rainwater in Thailand.