Refugee shelters could be built from concrete fabric in 24 hours

Cortex Shelter by Cutwork is a concept for a shelter for refugee camps than could be built by adding water to a concrete textile in just 24 hours.

Conceptual architecture studio Cutwork designed the shelter to be built with Cortex Composites, a type of flatpack concrete sheeting that can be rolled into place and set into a permanent form by adding water.

The concrete shell hardens in 24 hours and can last up to 30 years with little maintenance, making it potentially a better option than the long-term tent cities that many refugees are currently living in.

Cutwork designed the shelter to show how the material could be used to improve the conditions of some of the 25.9 million refugees recognised by the United Nations.

“Our mission is to create stability and security for people who have lost the most – essential safety, a place to call home, and the simple foundations to rebuild communities and hope,” said Cutwork CEO Kelsea Crawford.

Cortex Shelter would require no skilled labour to build and would take two people just a day to erect.

Metallic tubes would be bent into position to create a frame onto which Cortex Composite’s concrete textile can be unrolled over and hydrated to set. 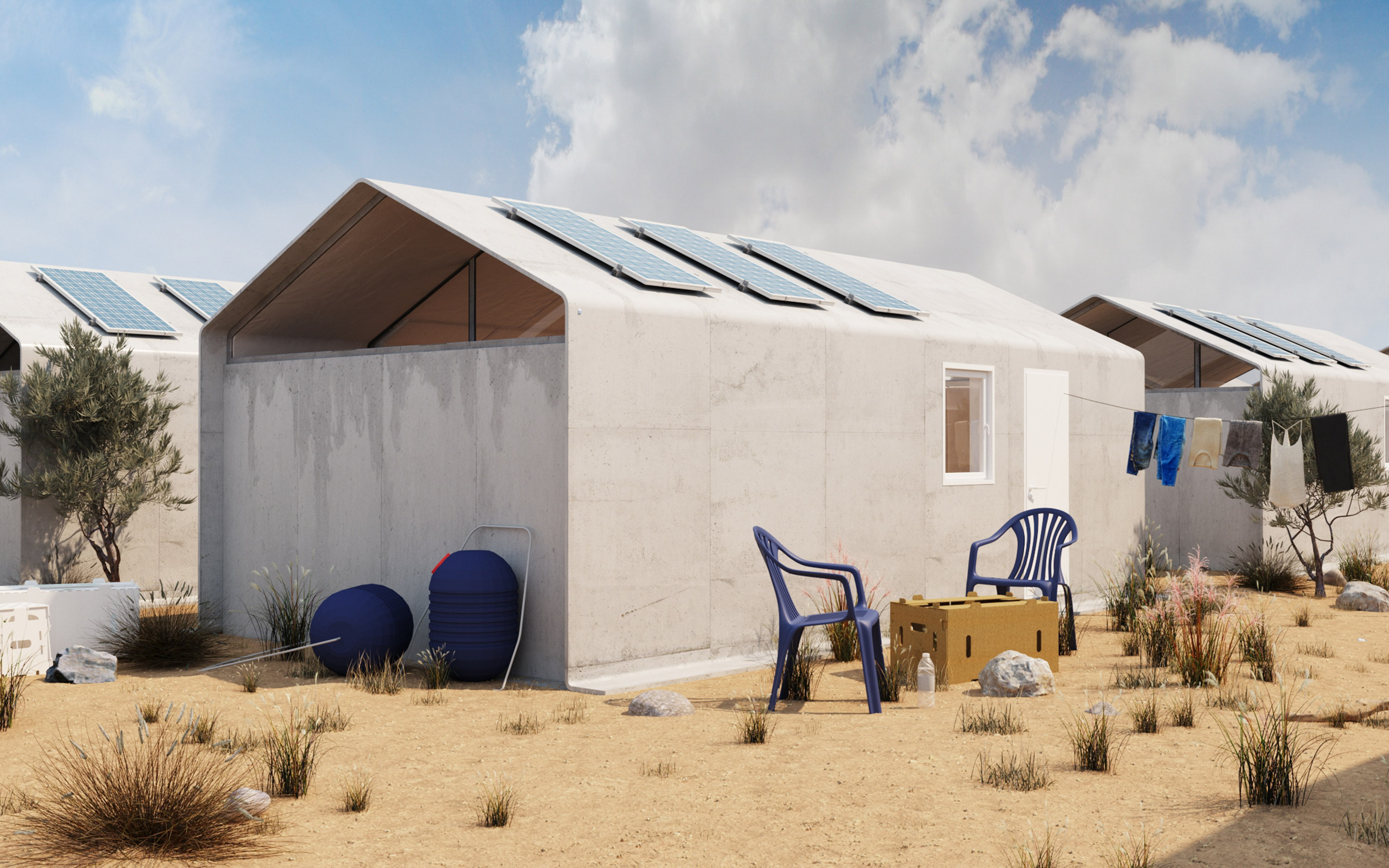 After water is added to the concrete textile, the water soluble fabric holding it disintegrates, leaving behind concrete reinforced by a framework of 3D matting.

Cortex Composite claims its material is two times stronger than traditional concrete. The concrete for the shelter is only 1.25 centimetres thick, so it is less carbon intensive than a cast concrete shell. Panels of insulation would be fixed to the interior. They would be washable and help regulate the internal temperature, making the shelters a much more comfortable place to live that a tent.

Cutwork added a high window in one of the gables of the Cortex Shelter to bring light and air into the space, while giving residents privacy. 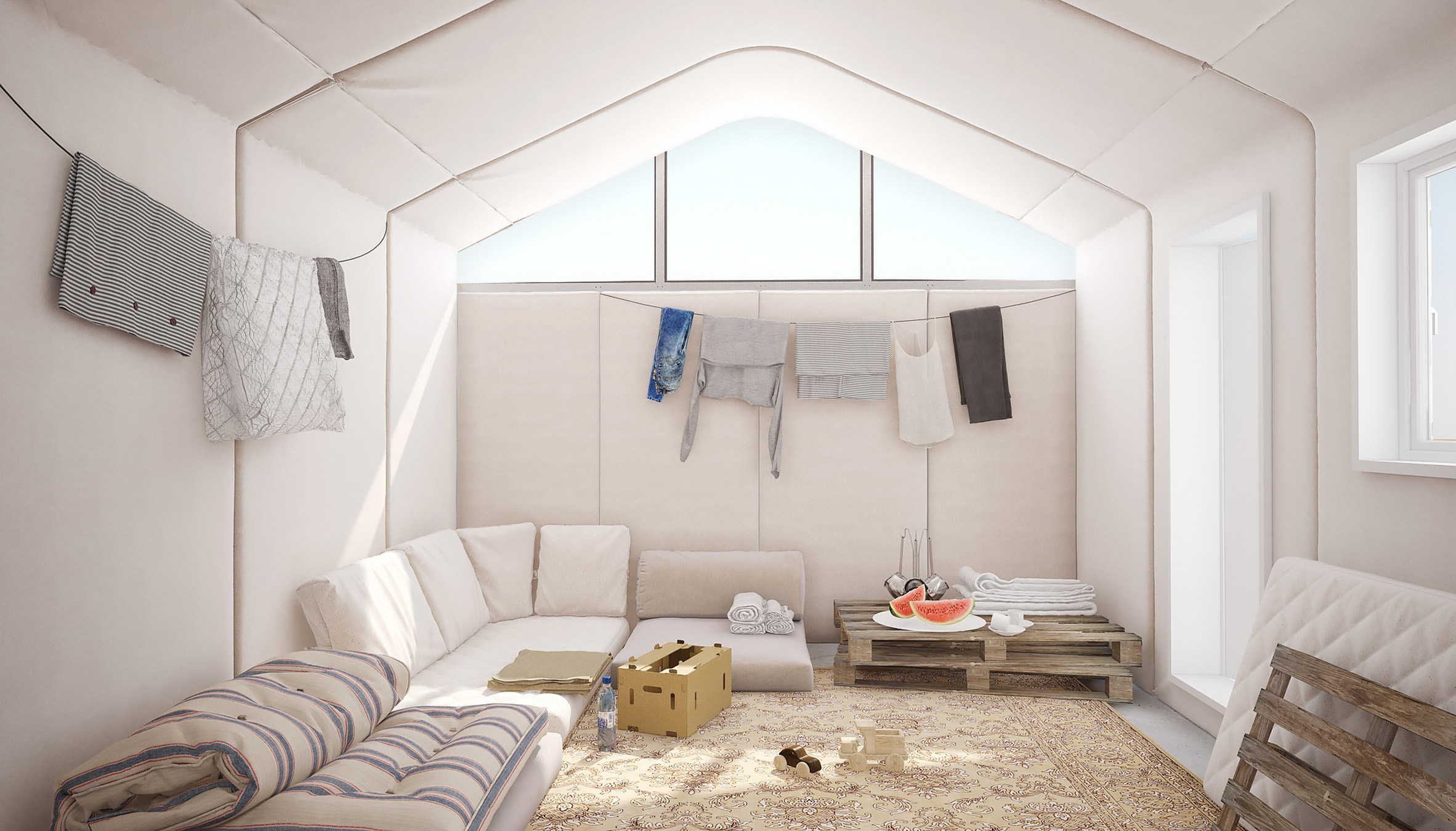 There is enough space for kitchen and bathroom to be installed inside the shelter, which would keep women and children refugees safe from the dangerous communal cooking and toilet areas of the camps.

Solar panels could be placed on the roof, to generate power for lights and phone chargers. 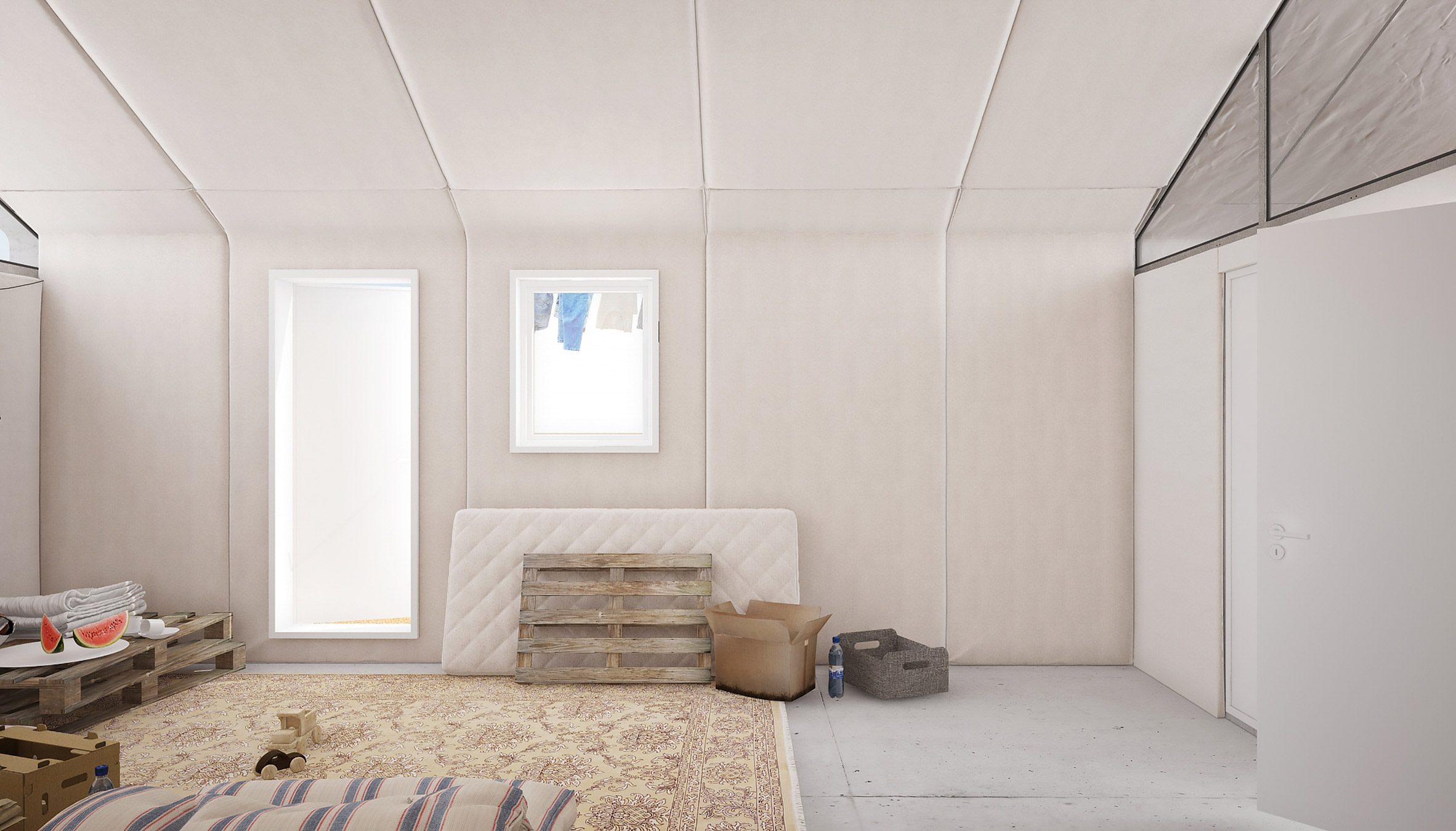 Cutwork believes that these shelters could allow refugee camps that have become home to generations of displaced people become safer and more self-sustaining.

The same technology, they suggest, could be applied to build permanent schools, shops, and even a sports stadium.

Other design solutions for the current global refugee crisis include a clear film to temporarily repair windows damaged in war zones, and a portable toilet for women in refugee camps to use at night.

The post Refugee shelters could be built from concrete fabric in 24 hours appeared first on Dezeen.

A Sprawling Luxury Home in Brazil that Emphasizes Fun and Creativity