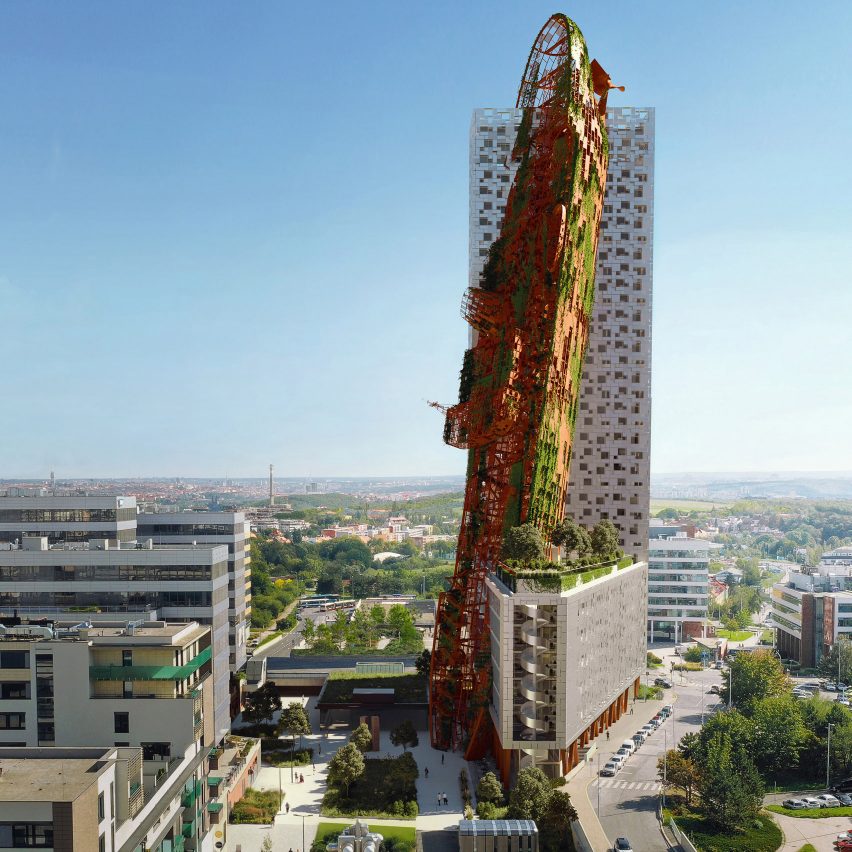 A red shipwreck crashes into this high-rise, which Black n’ Arch and sculptor David Černý have designed for developer Trigema on the outskirts of Prague.

The shipwreck will envelop the 135-metre-high building, named Top Tower, which is expected to become the tallest building in Czech Republic and contain a mix of housing and office spaces.

Its striking form is designed by Black n’ Arch and sculptor Černý to serve as a stark reminder of climate change – imagining a future where a shipwreck has collided with a building during an apocalypse caused by storms and rising sea levels. 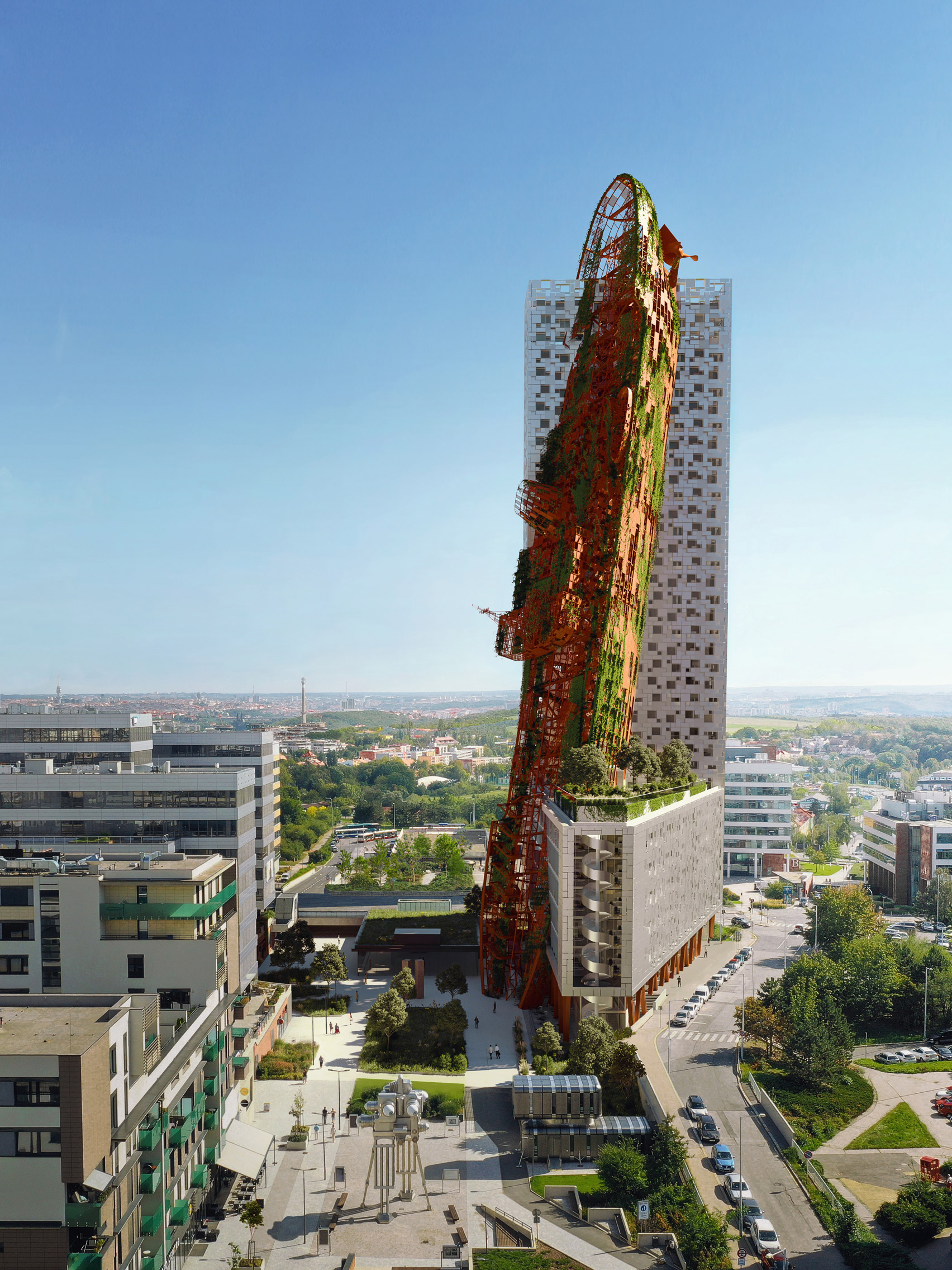 Named Top Tower, the building has been commissioned by Prague developer Trigema, and is currently undergoing planning permission for a site close to the capital city’s metro station Nové Butovice.

Trigema has projected that construction will begin in 2021, with the building set to take less than three years to complete.

It is hoped that the tower, which is outside Prague’s urban conservation area, will revitalise the public pedestrian zone outside the metro station.

“The project under preparation will be outside the protected zone of the urban conservation area and outside the area prohibiting high-rise buildings,” explained Trigema.

“At the same time, it is located far enough away from the Prague, so that it will not be visible from the vast majority of places in the centre of the metropolis and will not disturb the historical city skyline.” 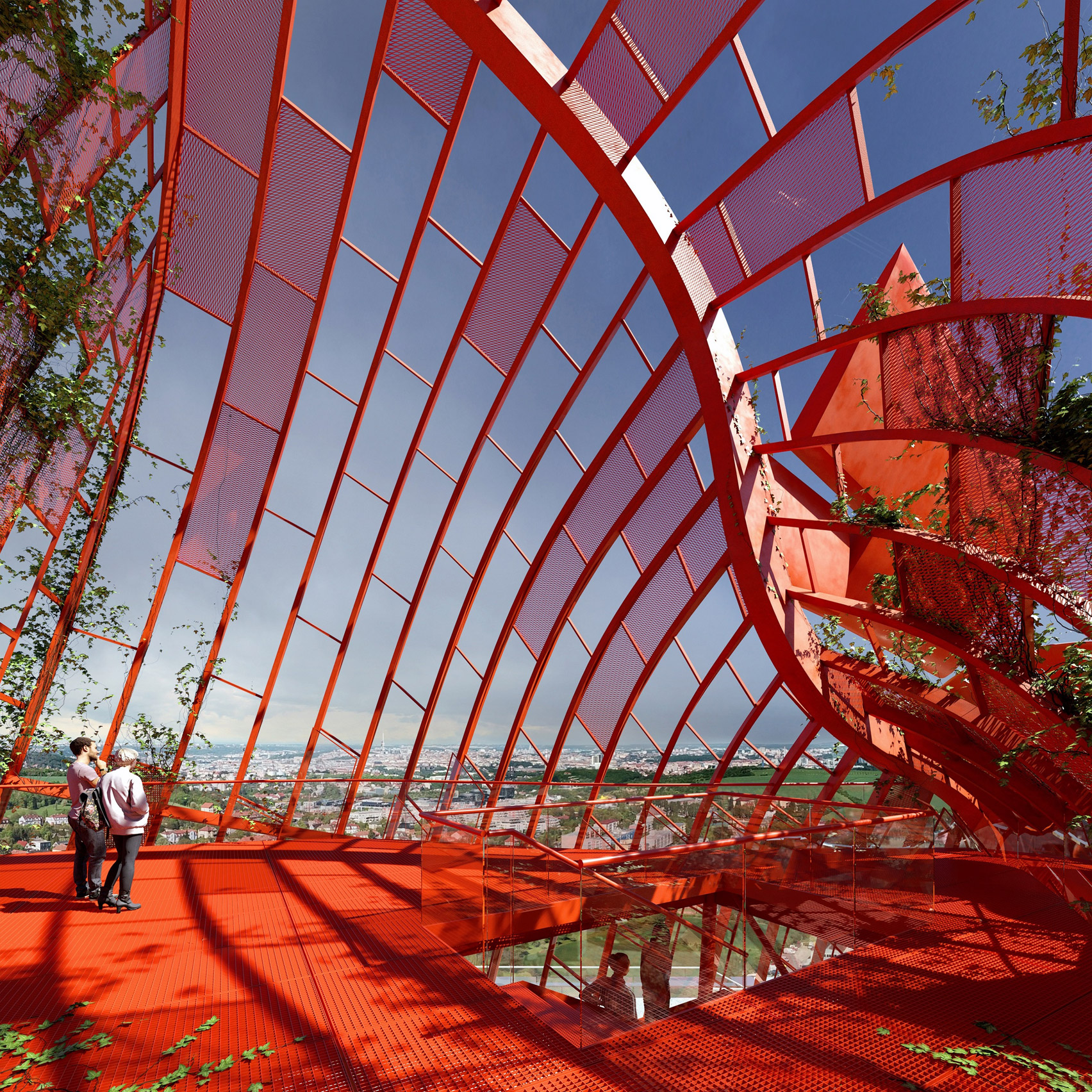 Though little detail has been disclosed about Top Tower’s structure, the shipwreck is expected to be made made of red-coloured steel and wrapped with climbing plants – standing out from the pared-back rectangular tower.

At its highest point, the shipwreck will enclose a public observation deck that is accessed by an external lift. The main building will also feature a rooftop garden offering visitors panoramic views of the city.

Inside, there will be approximately 250 small apartments available to rent, alongside offices and a cultural centre, and shop units on the lowest two floors. The entrance will be marked by a giant sculpture of a propeller that appears to have broken off from the submarine.

Black n’ Arch is not the first architecture studio to have modelled a building on shipwrecks. In 2018, Namibian studio Nina Maritz Architects was inspired by the hundreds of wreckages strewn along the country’s Skeleton Coast when designing a group of remote lodges.