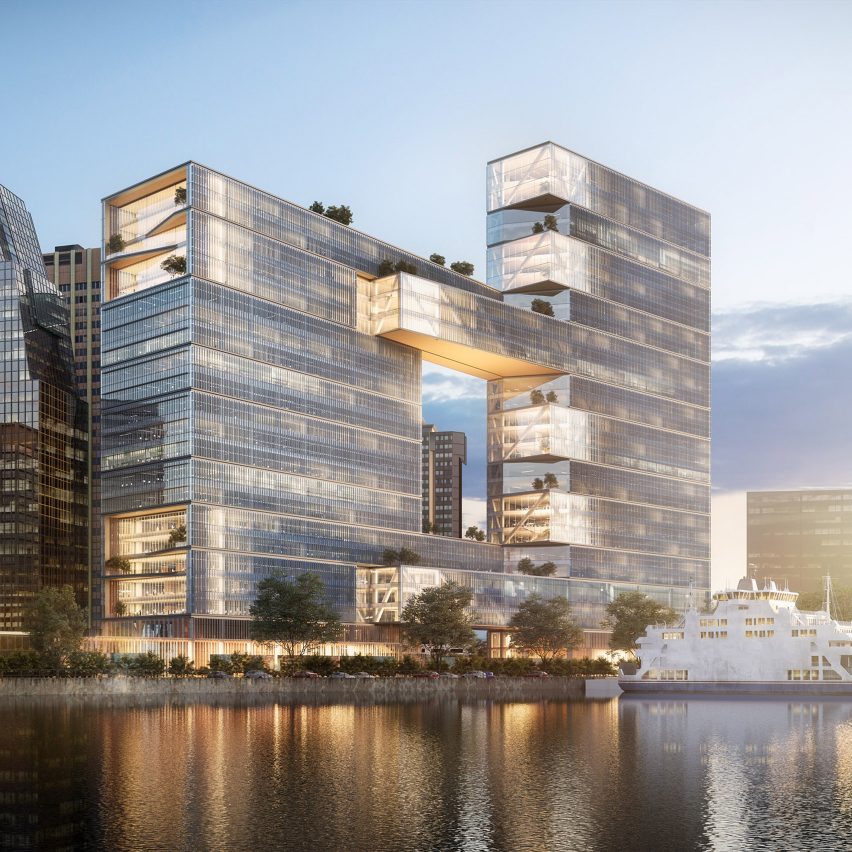 SOM has revealed its design for a new office complex on the waterfront in Buenos Aires, which will comprise two towers joined by bridges topped with green terraces.

One of the glazed towers that make up SOM‘s Catalinas Rio project rises 29 floors, while the other features 22 storeys.

Two bridges extend the between them and slot into each tower like a jigsaw puzzle, leaving a large hole that frames views to the waterfront behind. SOM describes the feature as an “urban window”. 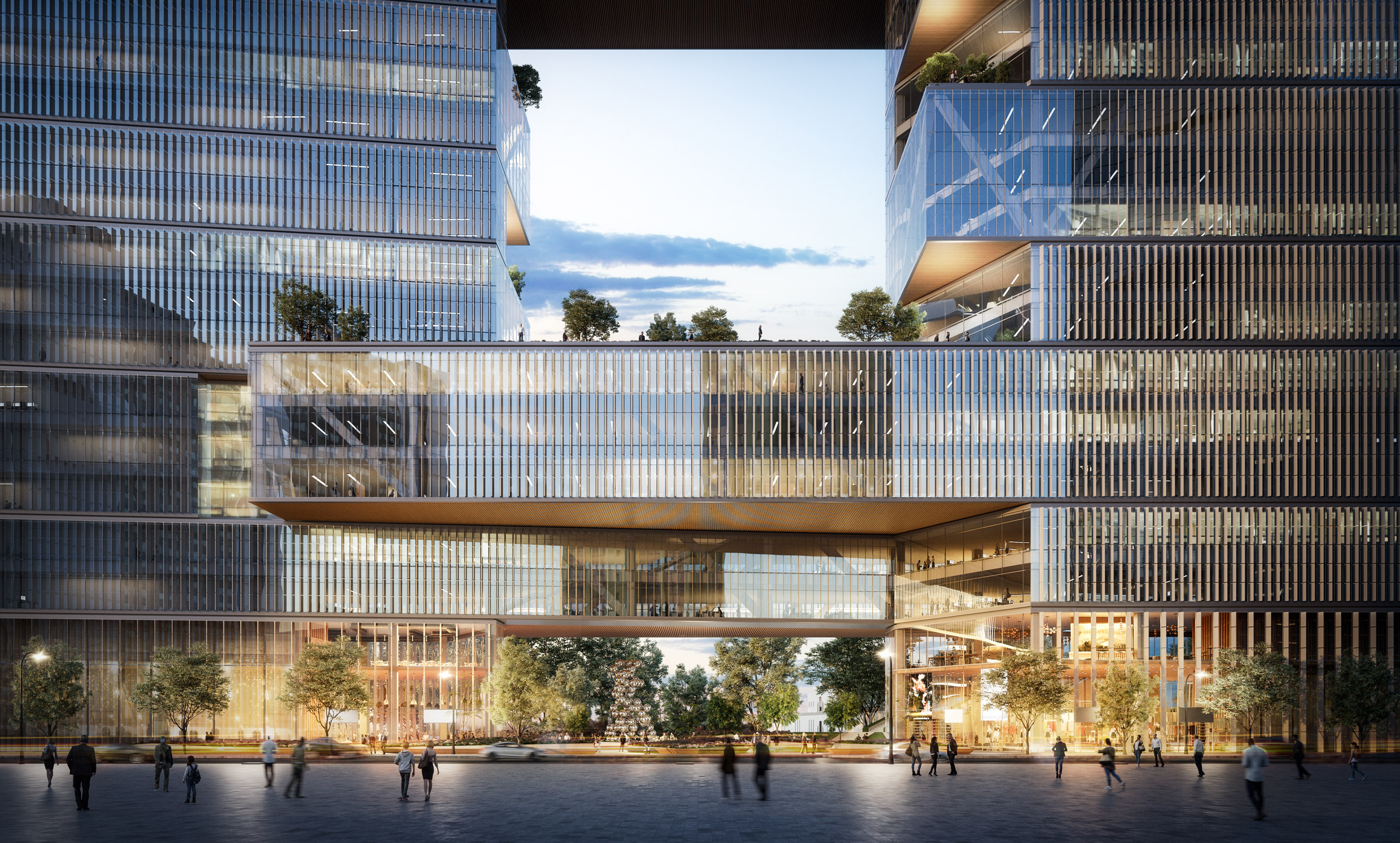 Each bridge comprises two volumes with a trapezoidal floor plan so that they appear to criss-cross each other’s paths.

Employees can traverse the bridges either inside or via a landscaped deck featuring seating and plantings on top. Terraces are also embedded on the outer edges of the towers to offer views of the waterfront and cityscape.

The arrangement of bridges and terraces, which offer of 10,000 square meters of outdoor space, is intended for office employees to be able to enjoy outdoor space regardless of the weather. Open roof decks are better suited to sunny days, while terraces will be more sheltered from heat and rain. 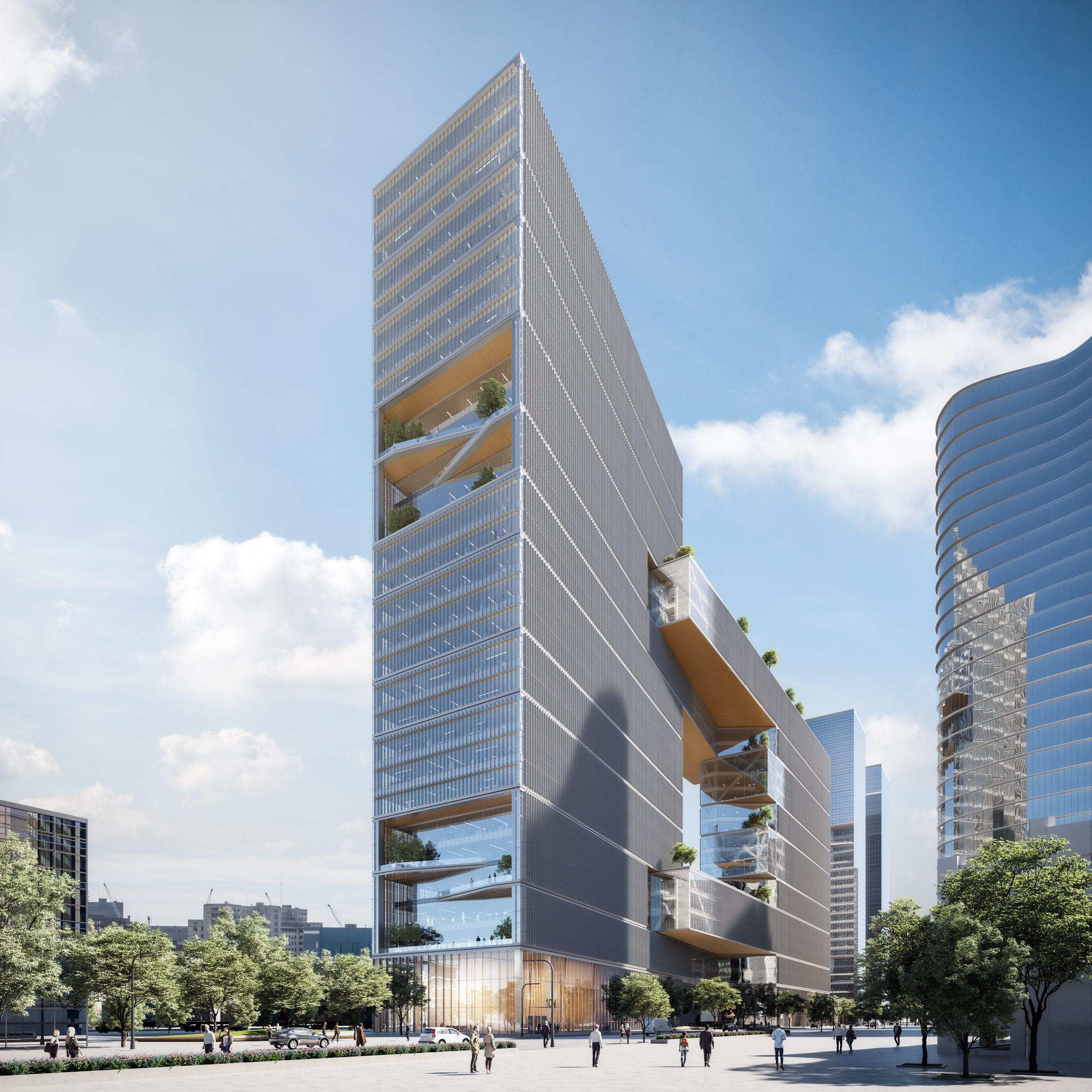 “The result is an unorthodox solution that aims to set a precedent in Buenos Aires office design, with a primary focus on wellness, open space, and creating a new urban identity,” said SOM design partner Gary Haney.

SOM designed the Catalinas Rio office building for Miami developer Consultatio Real Estate, as part of a masterplan to extend the Argentinian city’s Catalinas Norte business district towards the waterfront.

“Thus, Catalinas Rio was born as a strategic project, a crucial point of contact and passage through areas destined for commercial activities, combined with green spaces and cultural, tourist, governmental and historical sites,” he added.

“It’s a new icon that will change Buenos Aires’ skyline view from the river.” 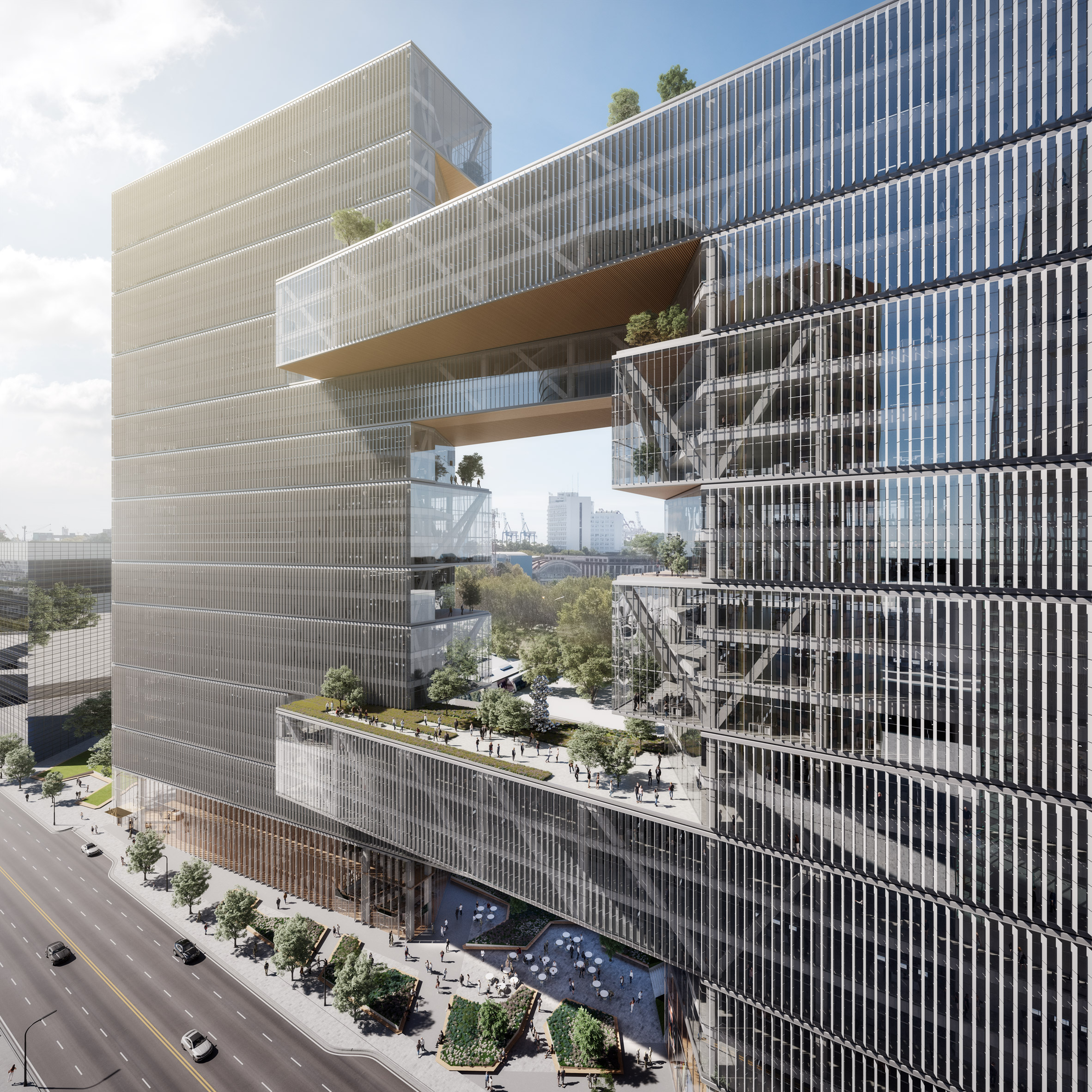 The firm has proposed creating a pedestrian bridge over the former rail lines, the new highways, and the Rio de la Plata. This would offer a direct connection from the building to the river promenade, a ferry terminal, and nearby neighbourhood Puerto Madero.

SOM’s towers will flank a public square, designed to connect to the street in front, the water behind, and inside each tower. The adjoining spaces inside the towers will comprise retail and shared amenities. 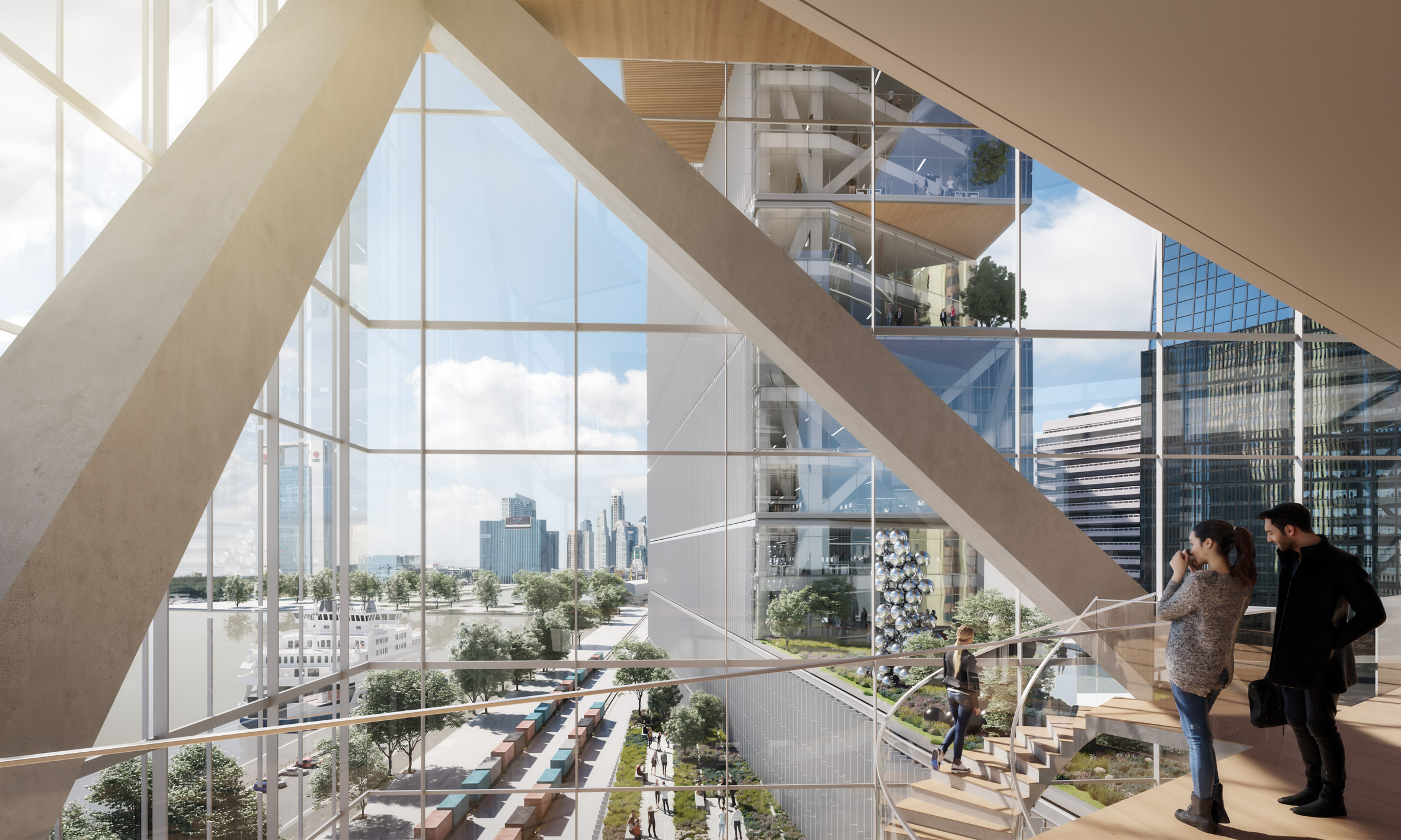 Catalinas Rio is designed to achieve a rating of LEED Gold, which marks a high standard of environmental and sustainable design, with features including a fresh air filtration system.

SOM, which was founded in 1936, also revealed plans earlier this year to transform a former industrial site along the river in Chicago into a “new urban destination”.