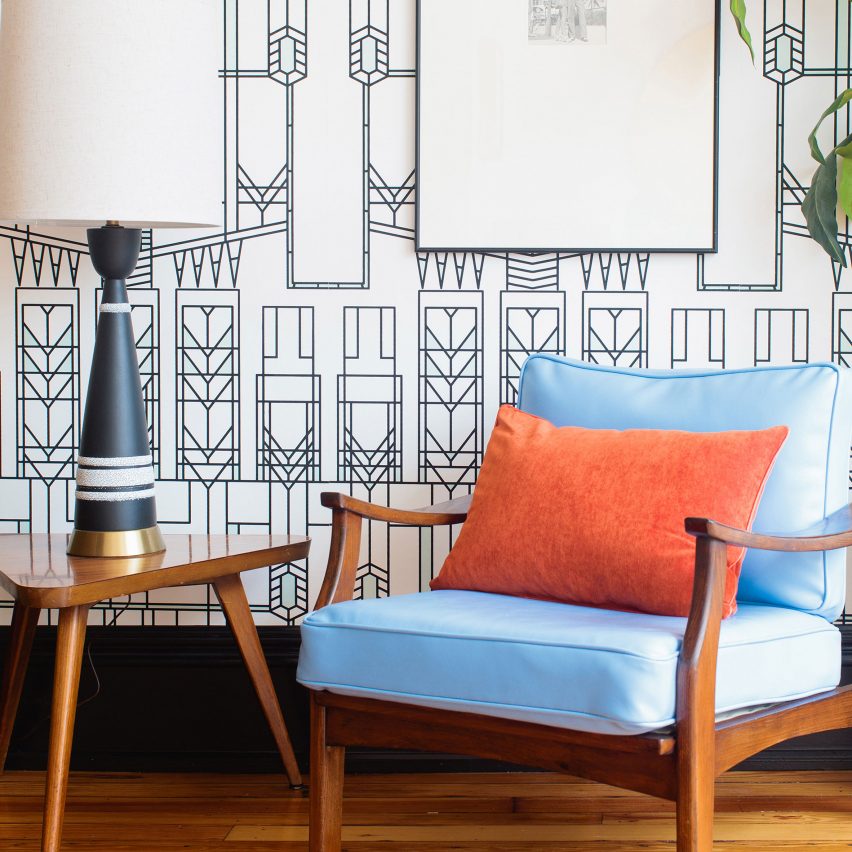 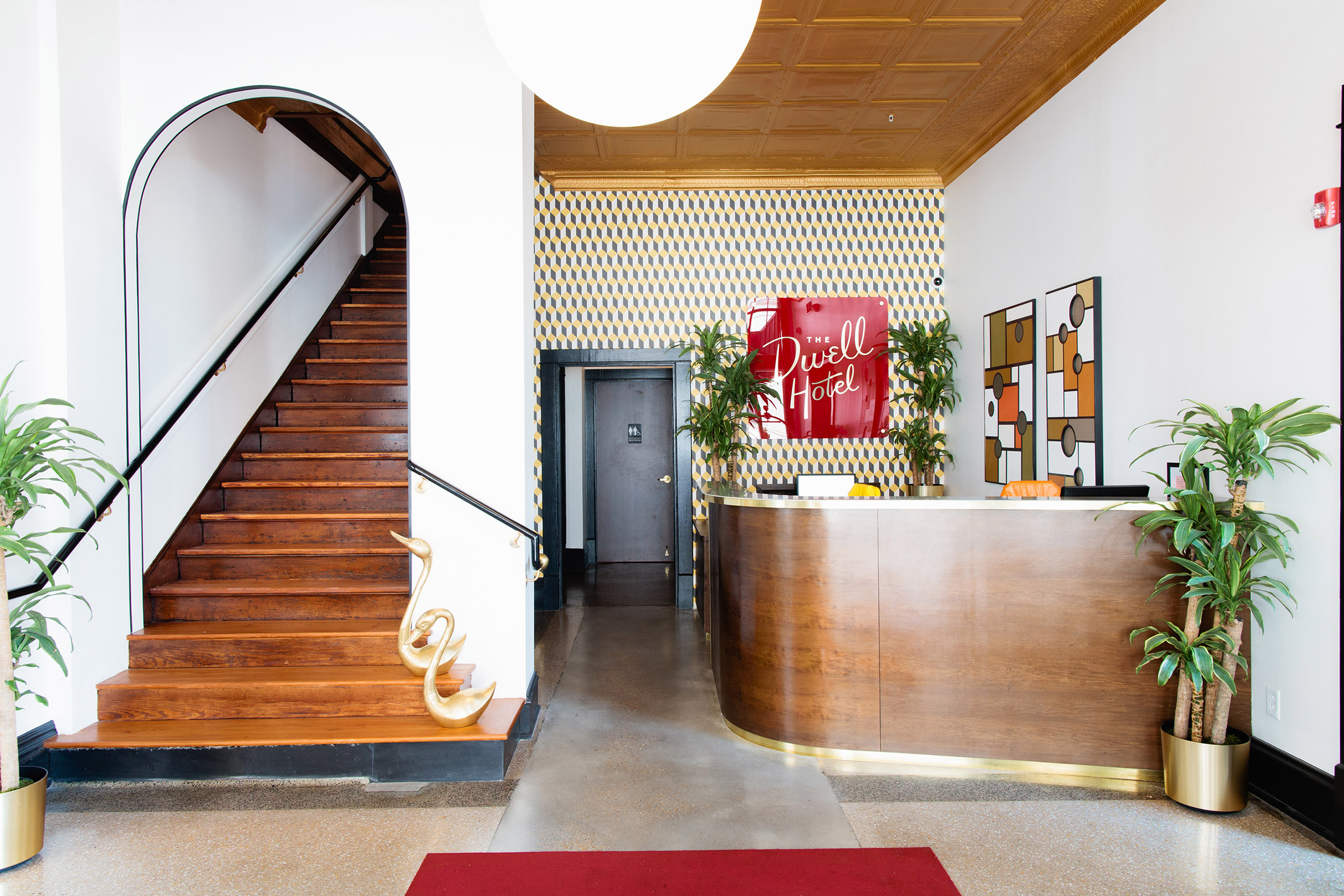 Ojanpera’s decade-long career with international NGOs eventually brought her to Chattanooga, a mecca for nonprofits. She ended up purchasing the former Stone Fort Inn in 2015 and turning it into The Dwell Hotel.

“The hotel was open and running, so we had a short window between weddings that had booked before I bought the business,” Ojanpera told Dezeen. Renovations commenced in February 2016 and lasted for two months. 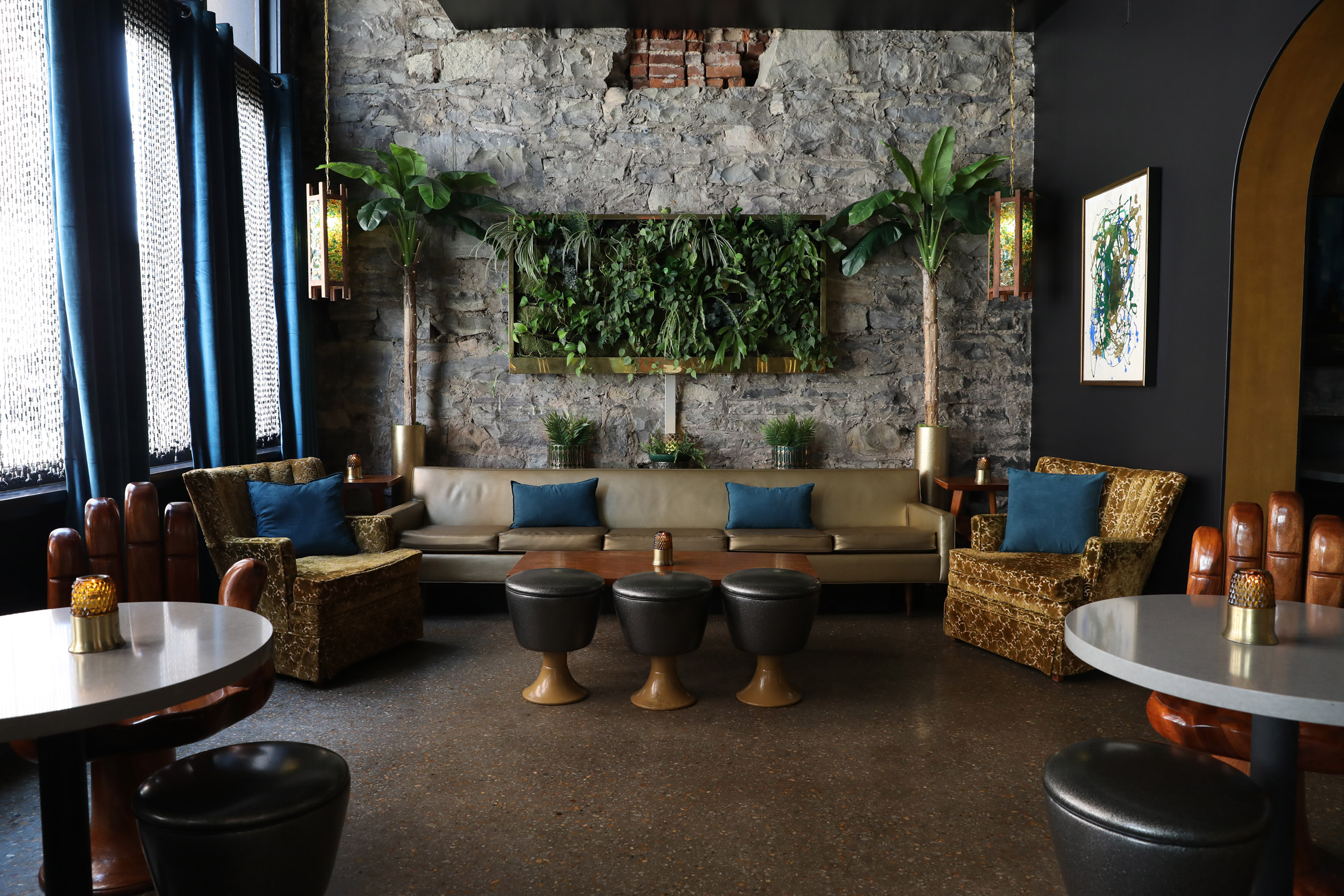 Brick and limestone compose the exterior of the hotel, constructed at the turn of the 20th century inside the stone foundations of a Civil War-era fort.

“We put in all new windows and made some improvements on the balconies,” she said. “We also updated the restaurant patio significantly, also adding signage and lighting outside.” 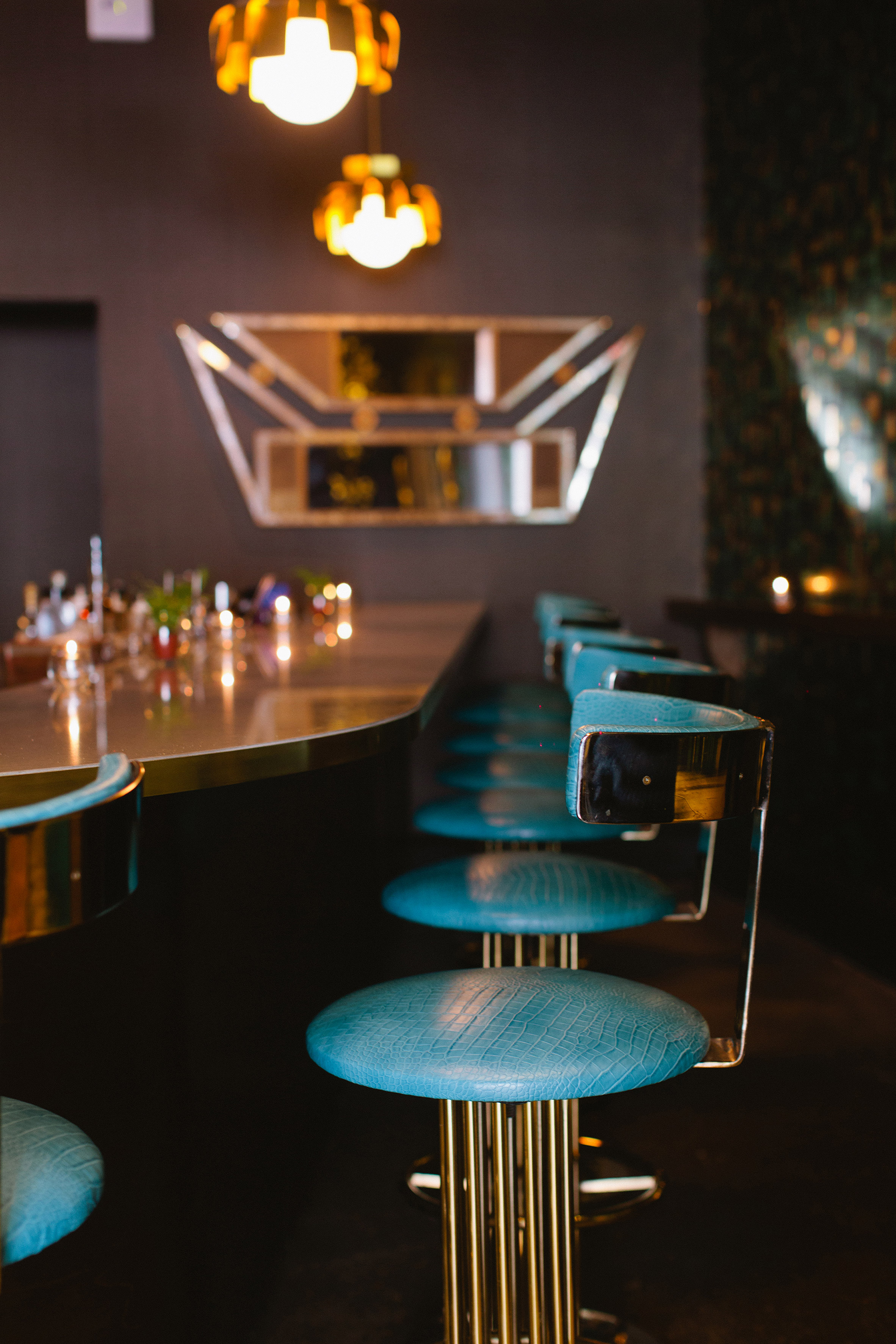 Inside, the scene is predominantly mid-century modern, though art deco and “groovy shagadelic” artifacts also make an appearance.

Furniture and fixtures from the 1950s, ’60s, and ’70s – found in junk shops, and online retailers eBay and Etsy – evoke old Hollywood and Miami Beach more so than Appalachian charm. 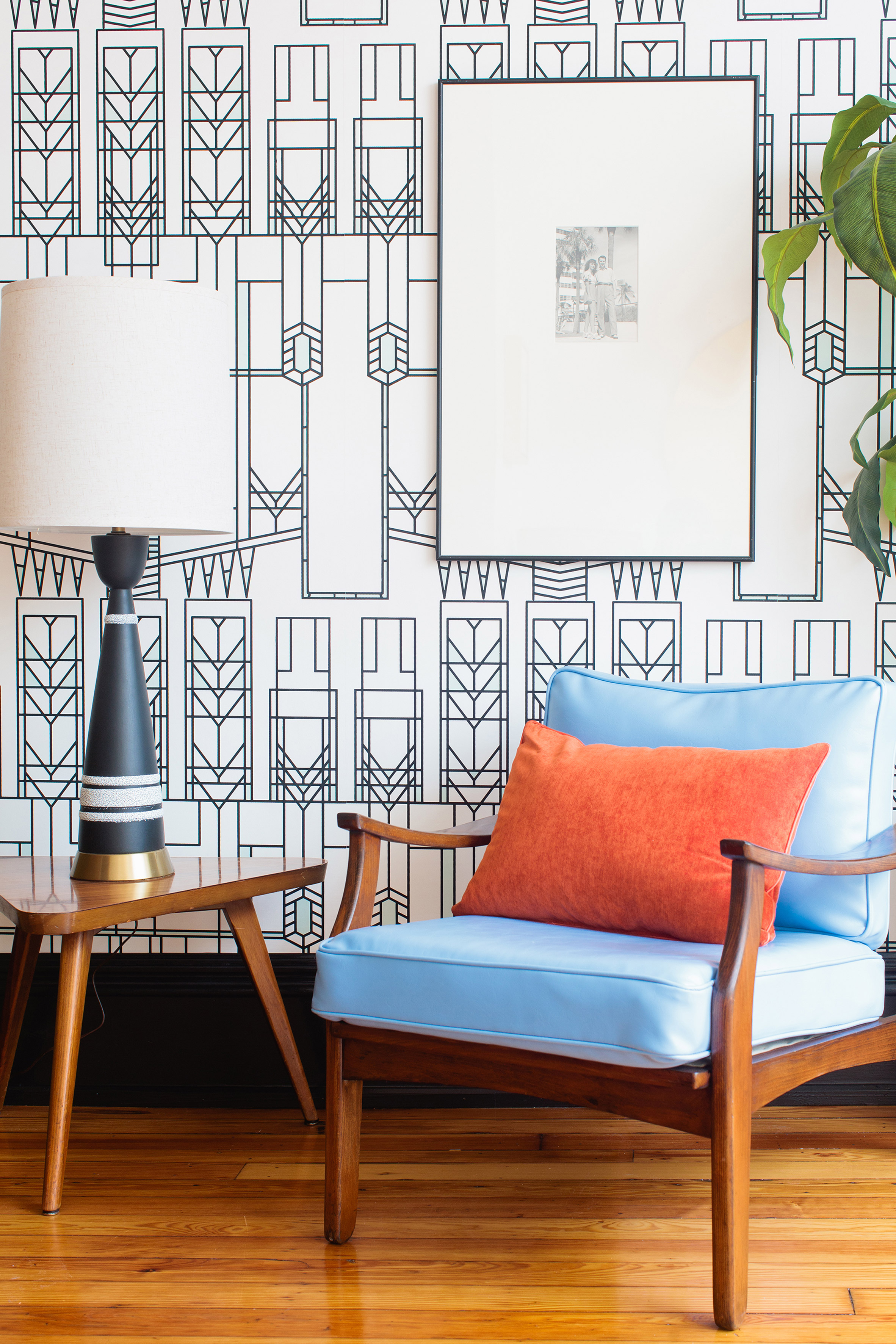 “When I decided to take the building back to the middle of the century, I became instantly ravenous for any and all retro objects.” Ojanpera added.

“There was not a planned cohesion from room to room in the beginning,” she continued.

“I just gathered whatever spoke to me and hoped for the best when it came time to placing all the items together”.

All 16 guest rooms feature unique prints and colour palettes, but the individual wallpaper motifs stand out the most. Inspired by a childhood bed and breakfast experience, Ojanpera named the rooms after their wallpaper designs. 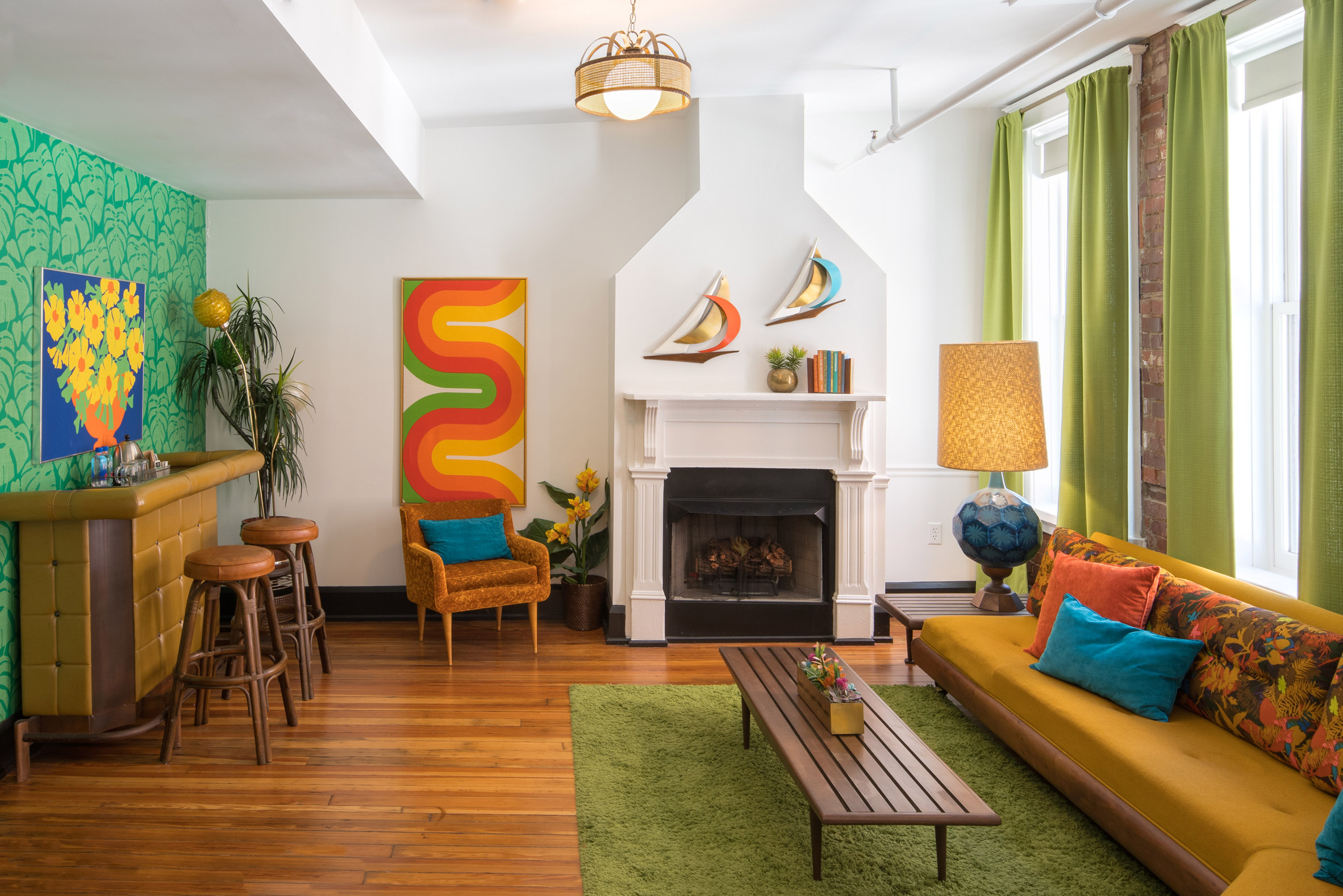 “The names are very on-the-nose,” Ojanpera said. “The Flamingo Suite has a feathery chair and flamingo art and wallpaper,” she added. “The Mod Suite is ‘extra retro’ with an orange velvet bar and a long black sofa.” 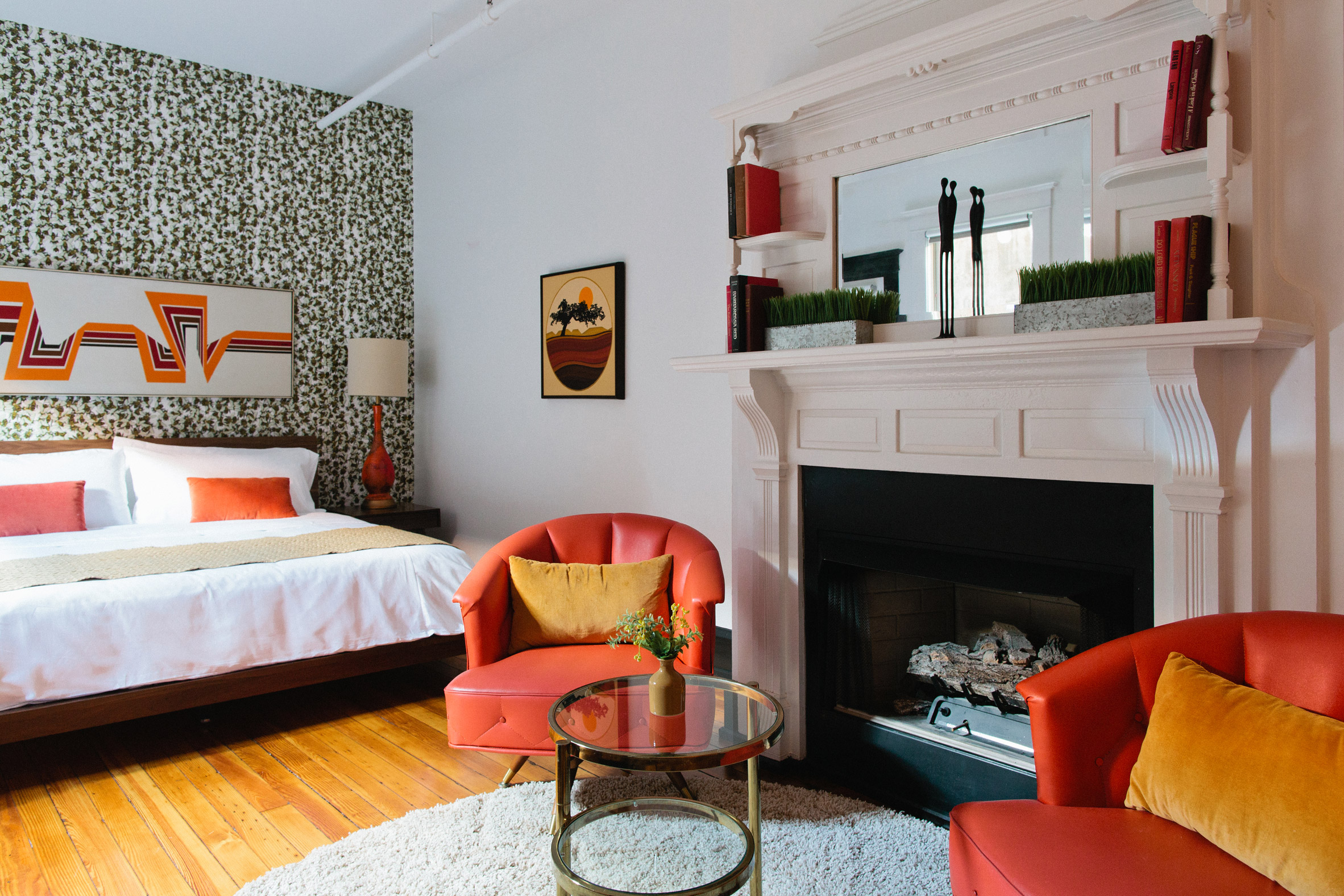 Twenty-five flower light fixtures sourced from various resellers were hand-cleaned and rewired for the space. 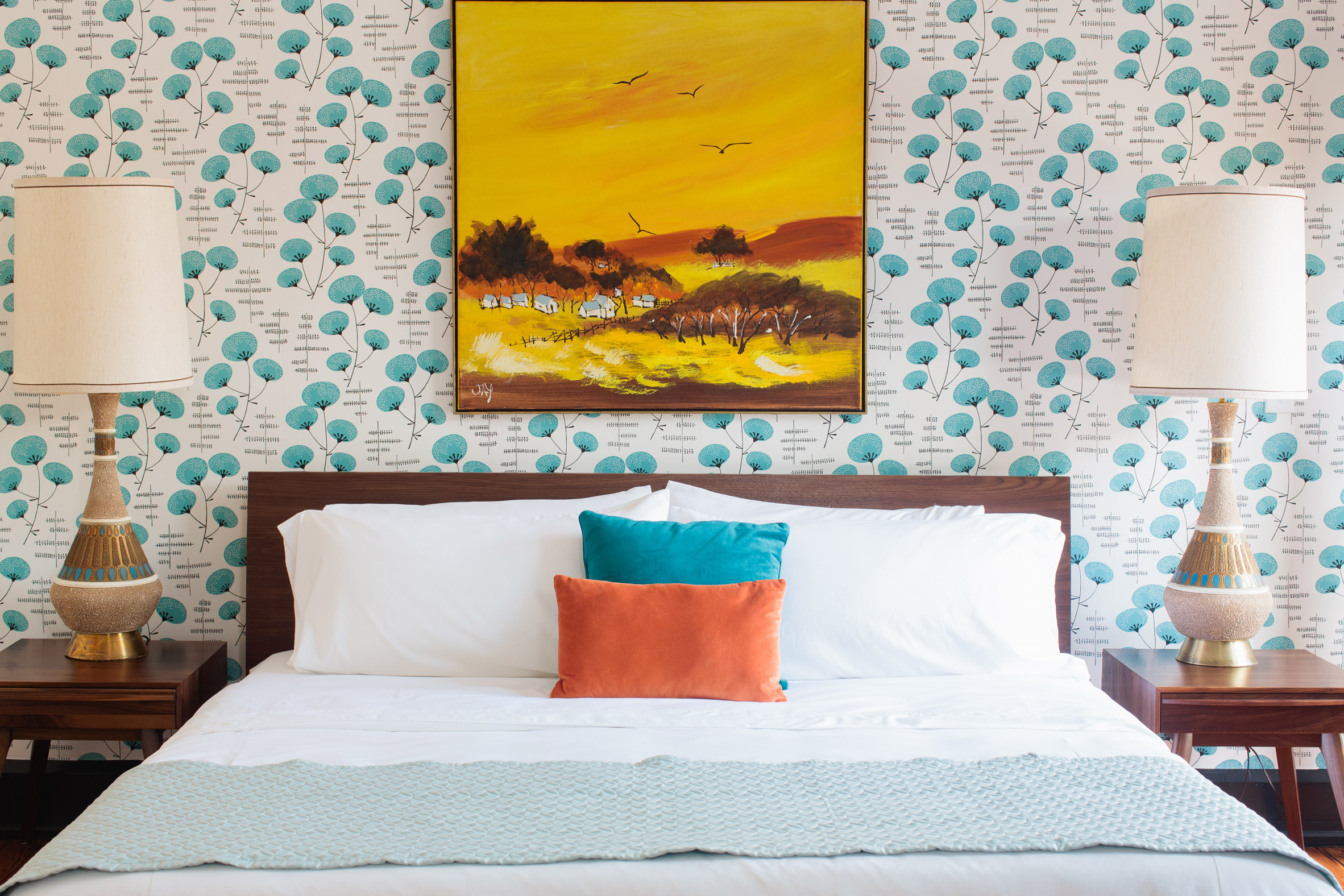 “We were the first boutique hotel in Chattanooga and are truly part of our neighbourhood,” Ojanpera said. “Eat here, drink here! We want to be Chattanooga’s living room.”

Other historic buildings that have been transfrormed into boutique accommodation in America include a 1915 property in Detroit that now functions as a hotel for watch brand Shinola and Atelier Ace’s Masion de la Luz in New Orleans.

NO US AND THEM