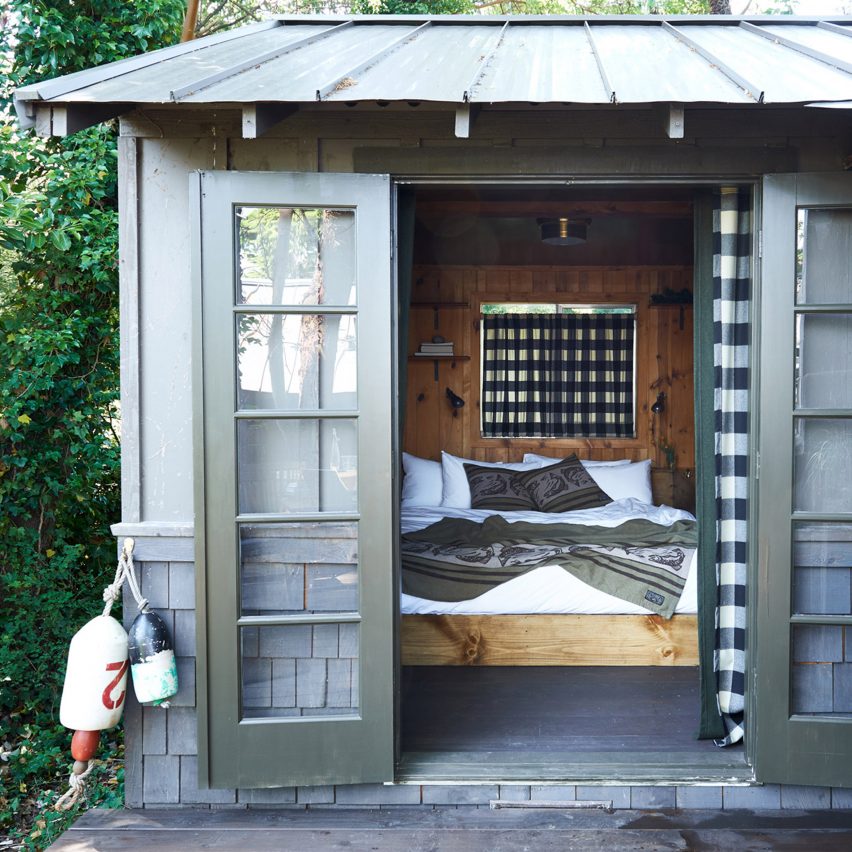 Brothers Mike and Matt French worked with friends and local designers to update an historic inn in Washington with contemporary touches. 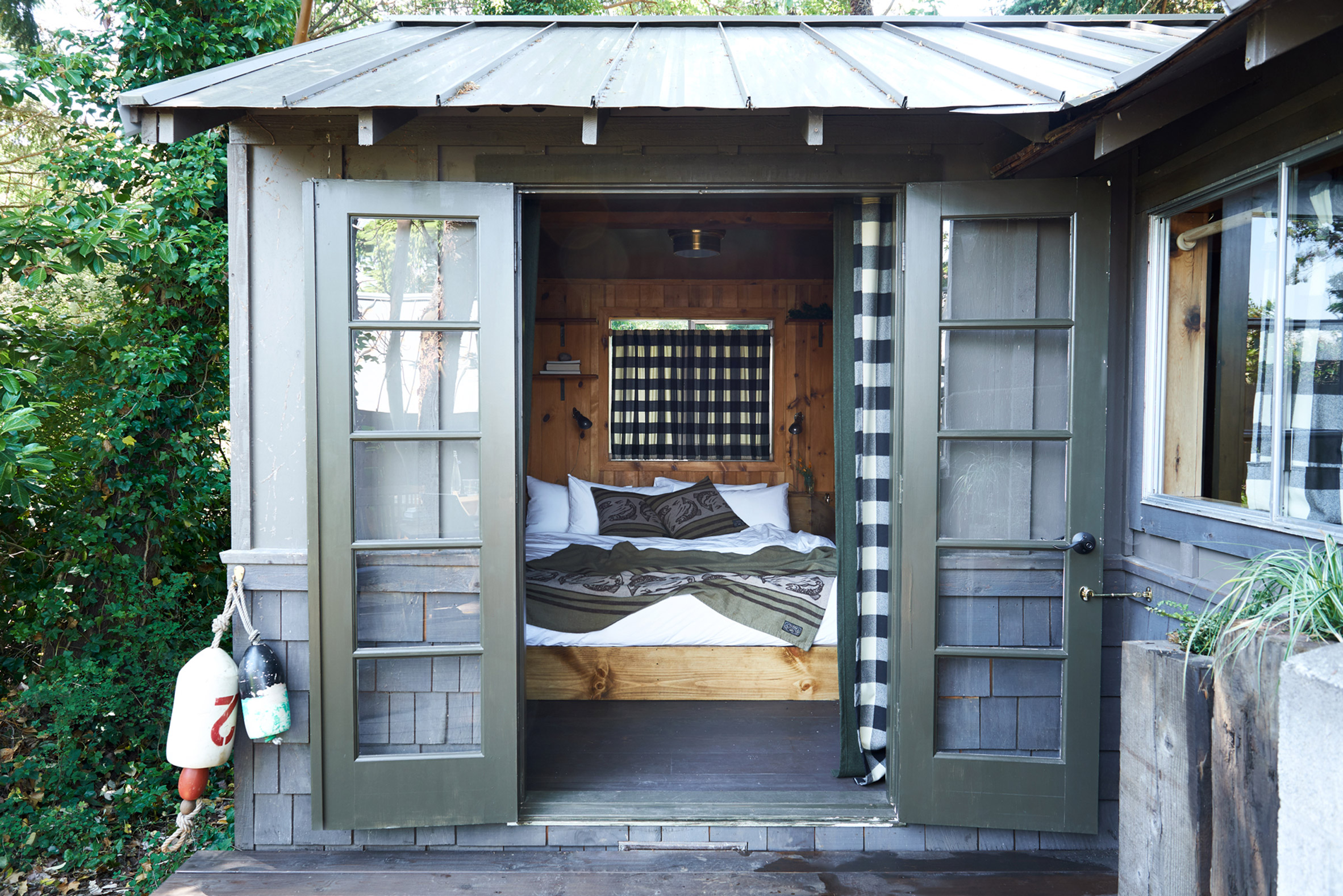 The French brothers worked with their architect friend Eric Cheong to renovate a property built in 1907 on Whidbey Island in Puget Sound, about two hours north of Seattle. 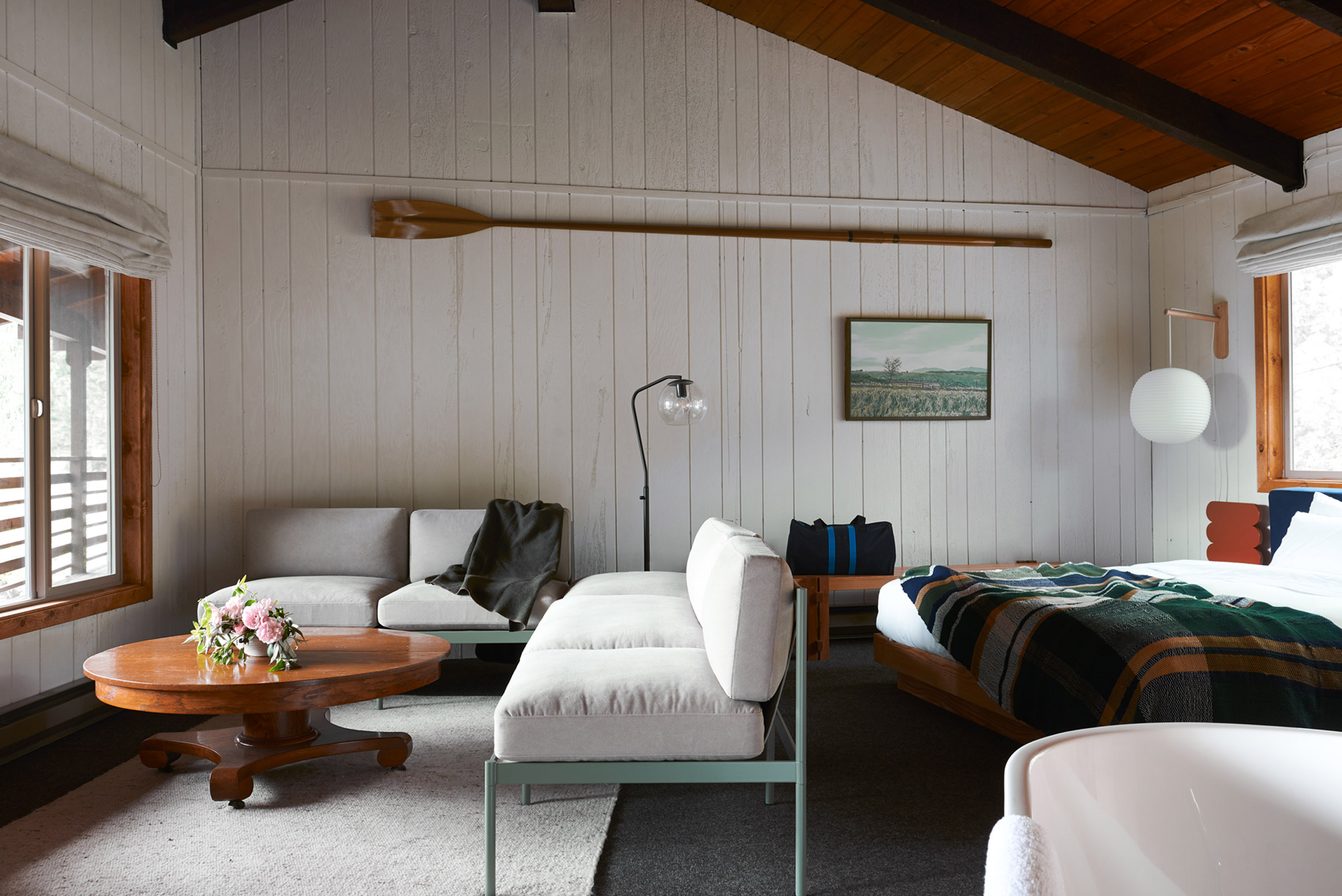 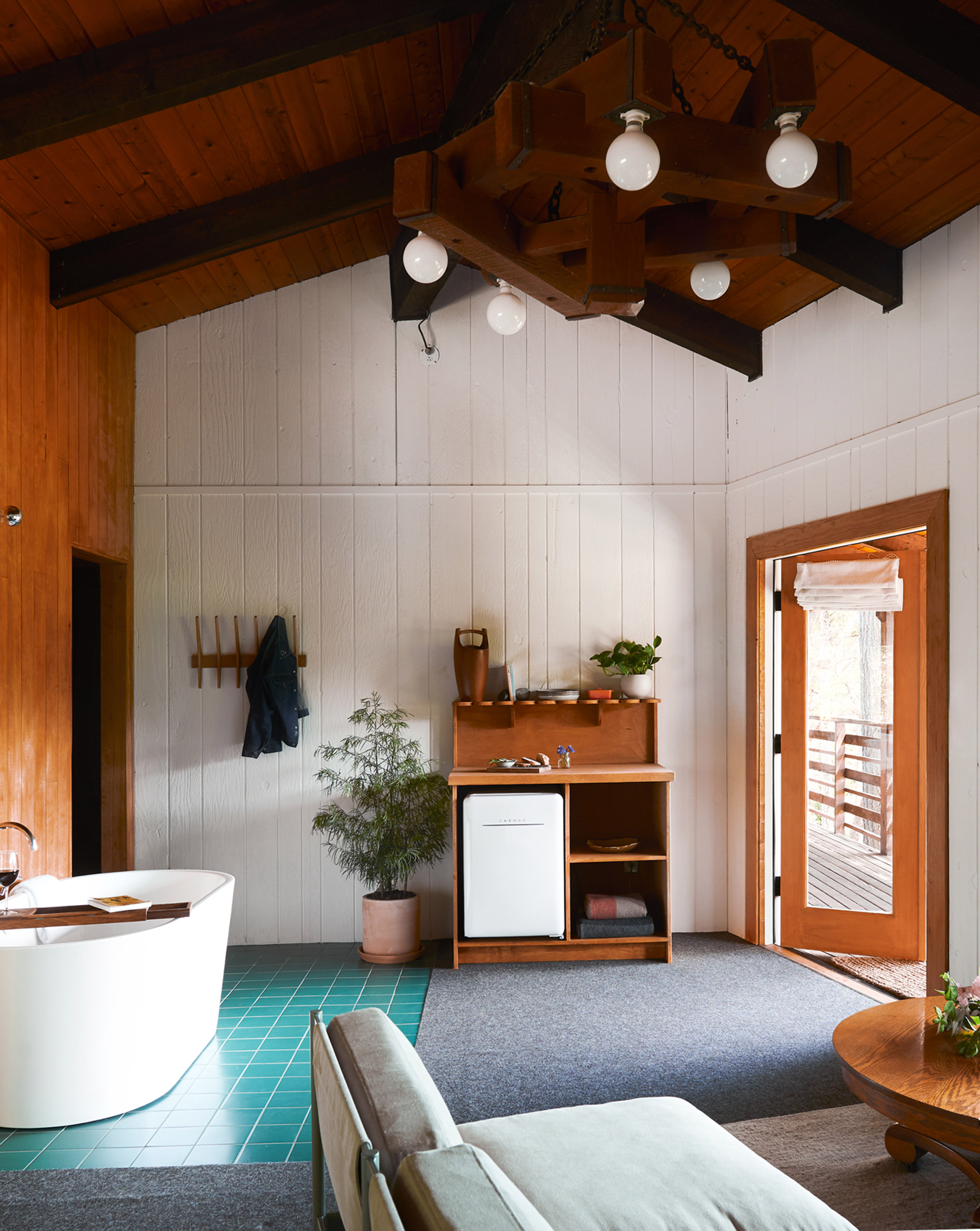 The trio designed the transformation of the property formerly called Whid-Isle Inn “to breathe new life into the historic site, while keeping the original integrity and idiosyncrasy of the inn intact”.

In the portion of the main lodge, rooms are left rustic and feature log walls and more traditional furniture such as leather couches and canopy beds. In the lobby is an original, large fireplace clad in dark stones and rocks found nearby. 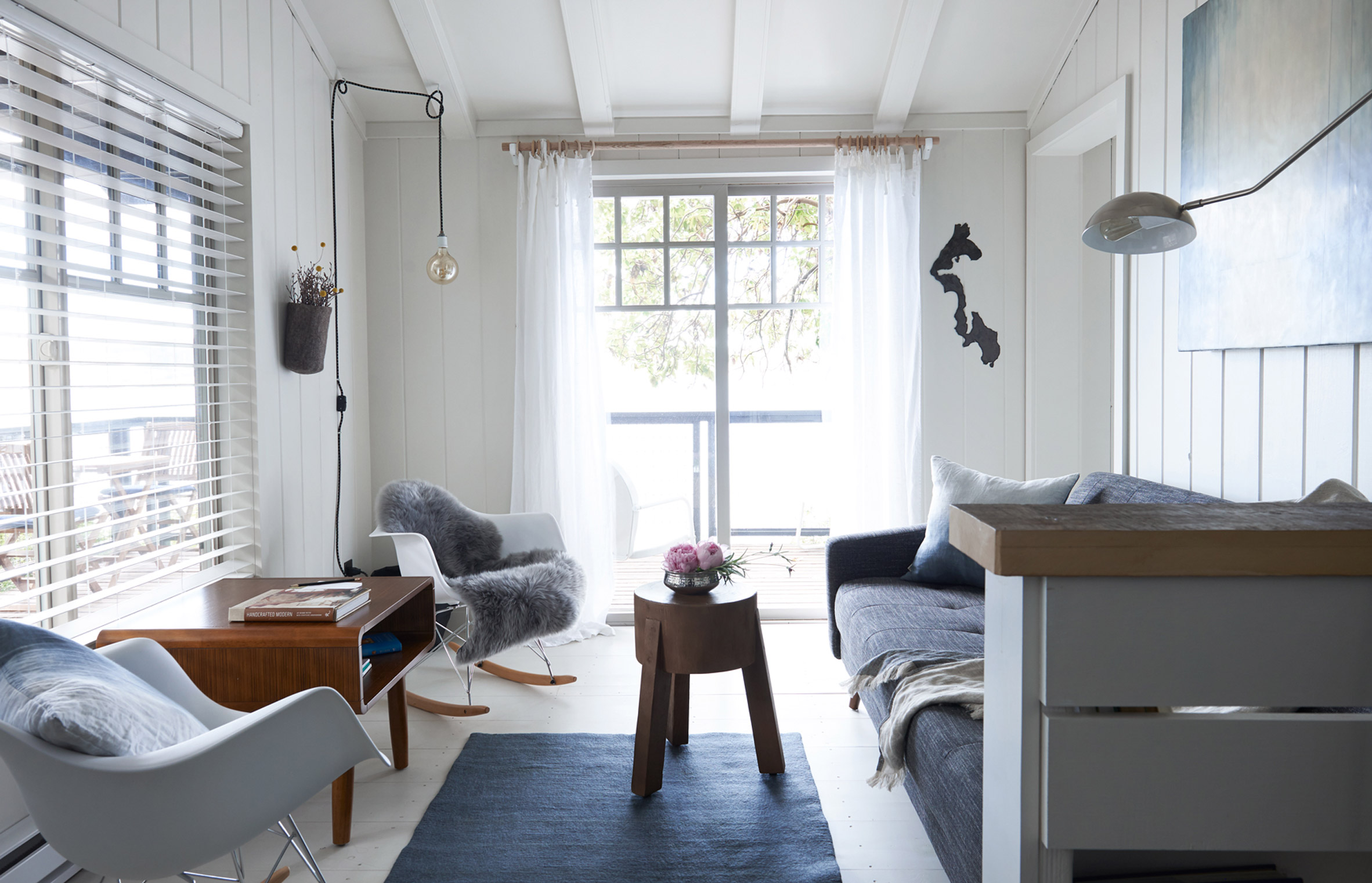 “Virtually unchanged from 1907, the traditions too remain,” the brothers said. “Shared bathrooms, creaky floorboards and the occasional glass clinking from the tavern below.”

Existing wood-panelled walls are a focal point throughout the project, while more updated rooms showcase globe lights and contemporary furniture for a new Scandinavian feel. 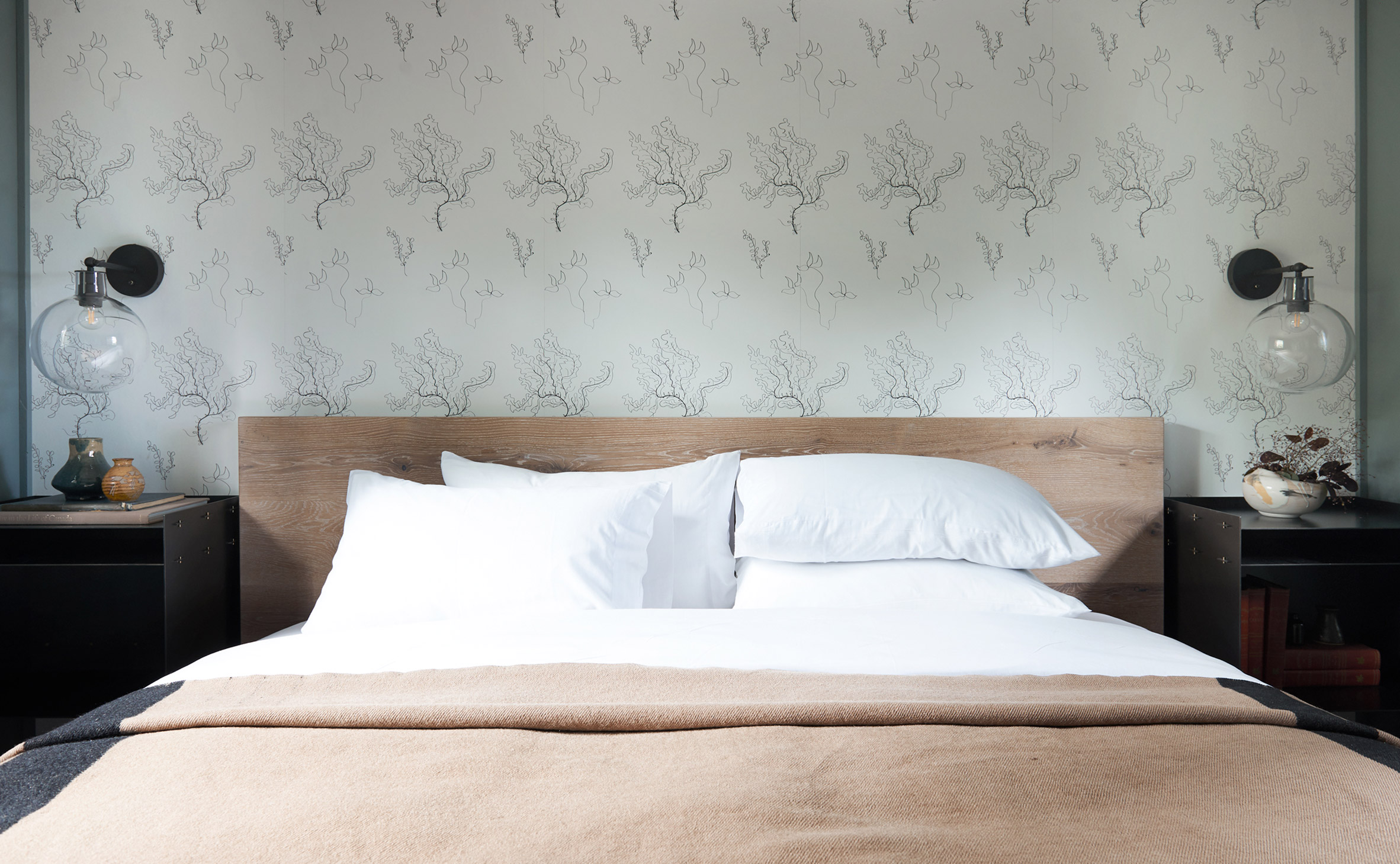 These rooms “have a sense of utopian communal living with refined sensibilities,” they said. 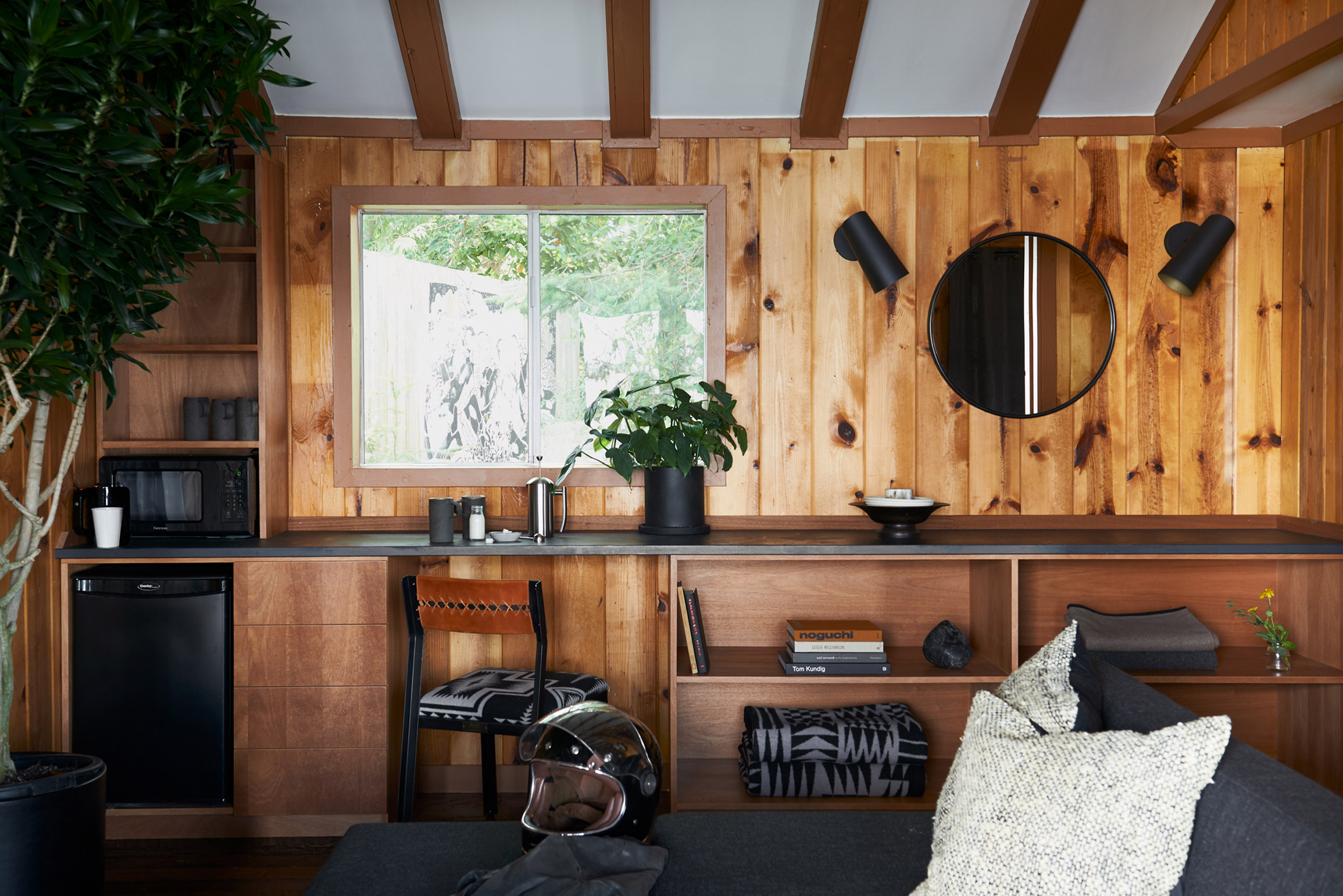 Rounding out the rooms at Captain Whidbey Inn are four detached cabins, original to the site. Each was created by different designers,  but all of them also feature wood-panelled walls, and pops of dark grey and white. Fireplaces, king beds and private porches are among the highlights. 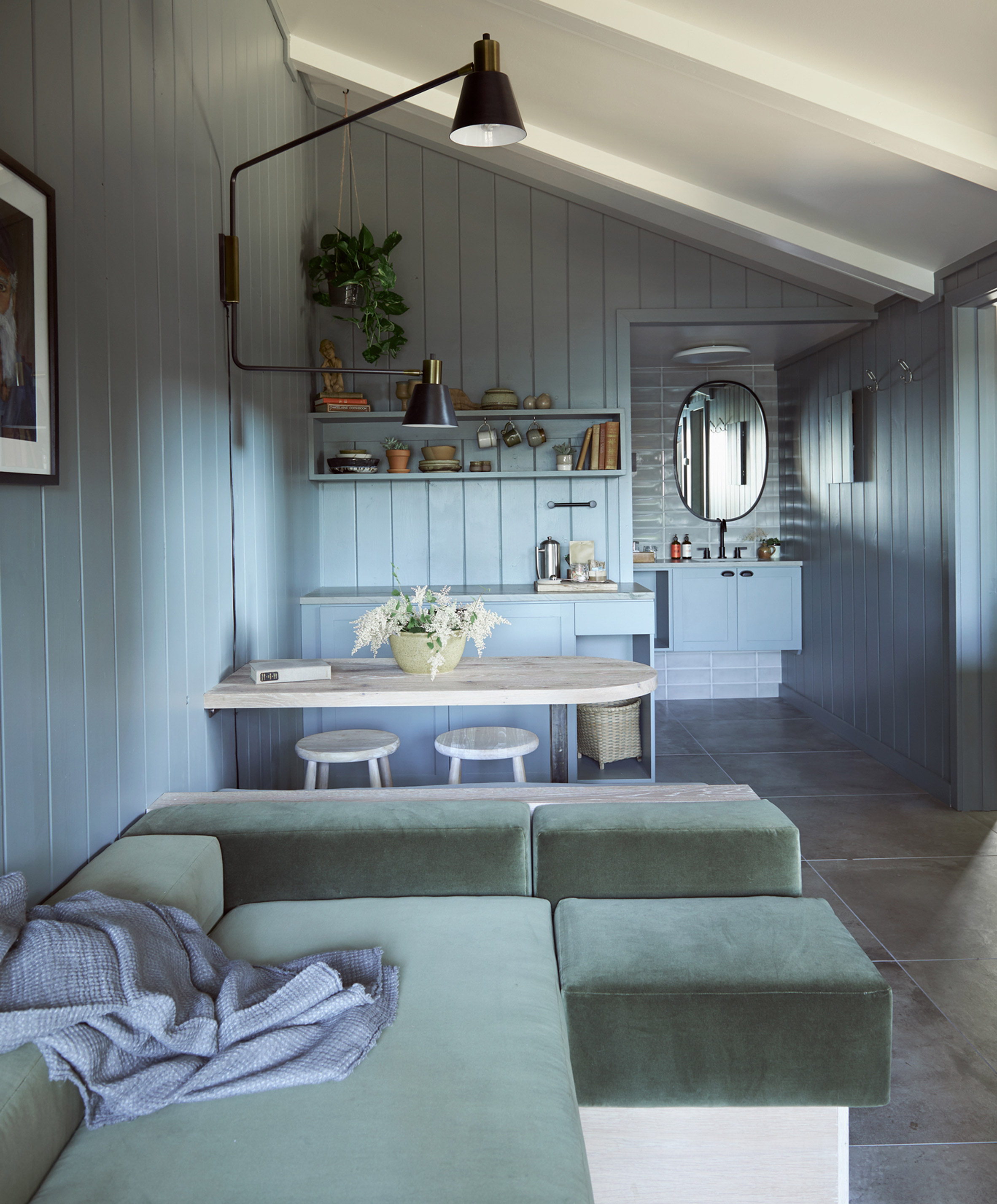 For the cabin outfitted by Filson gingham drives the design, while the unit by Kyla Ray from Vancouver studio We the Nomads has a pale wood headboard, a sage green couch and blue-grey walls and cabinets. 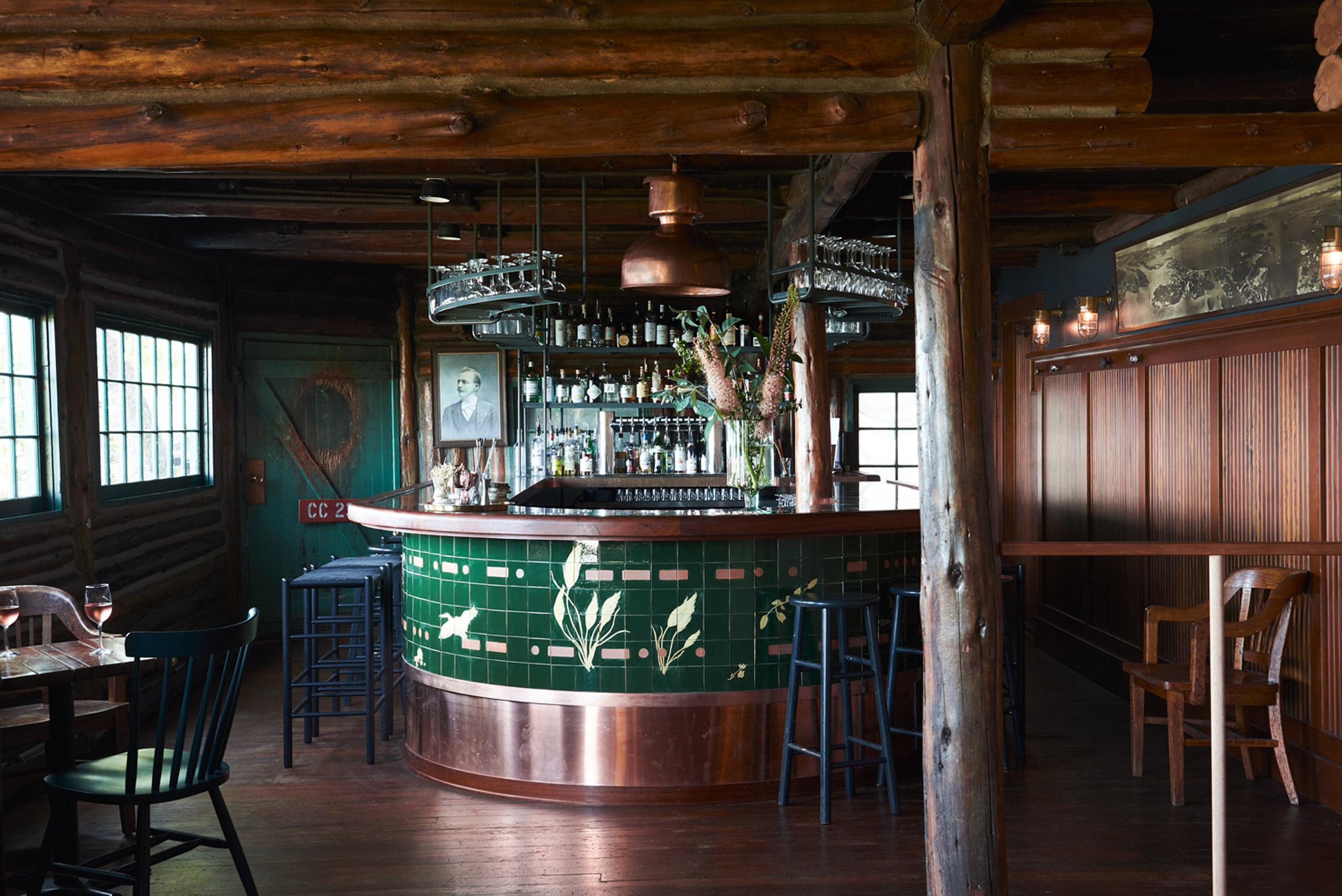 The trio also worked with a group of local shops and designers based in the Pacific Northwest. 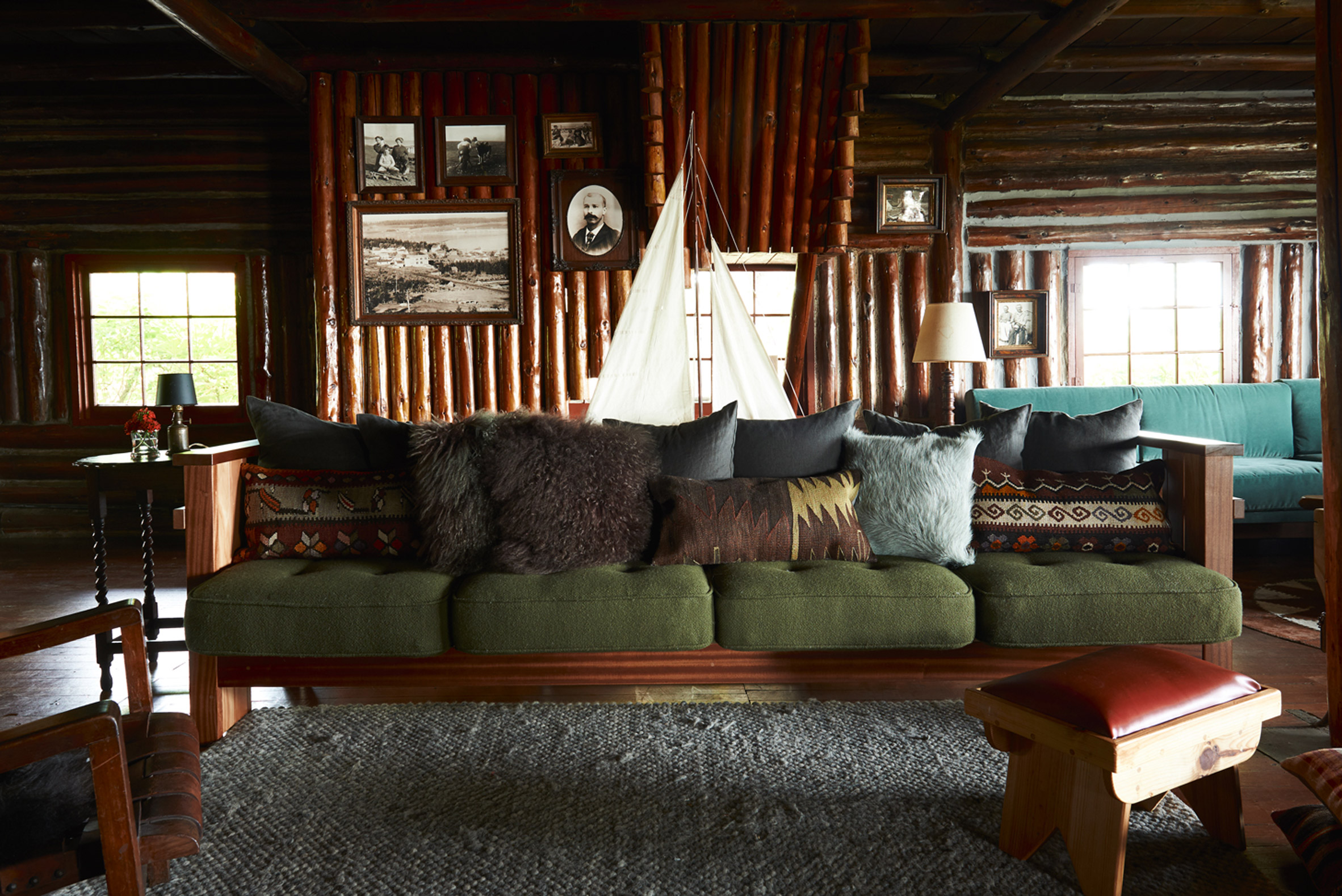 New Format Studio and Union Wood Co, both in Vancouver, designed furniture for the inn, and other pieces by Seattle studio Brackish and local furniture maker John Gnorski also feature, along with woven fire blankets by Hannah Ruth Levi.

Custom upholstery is by Chelsea Hoehn and Cascade, and many lights and decorations are by Rejuvenation. 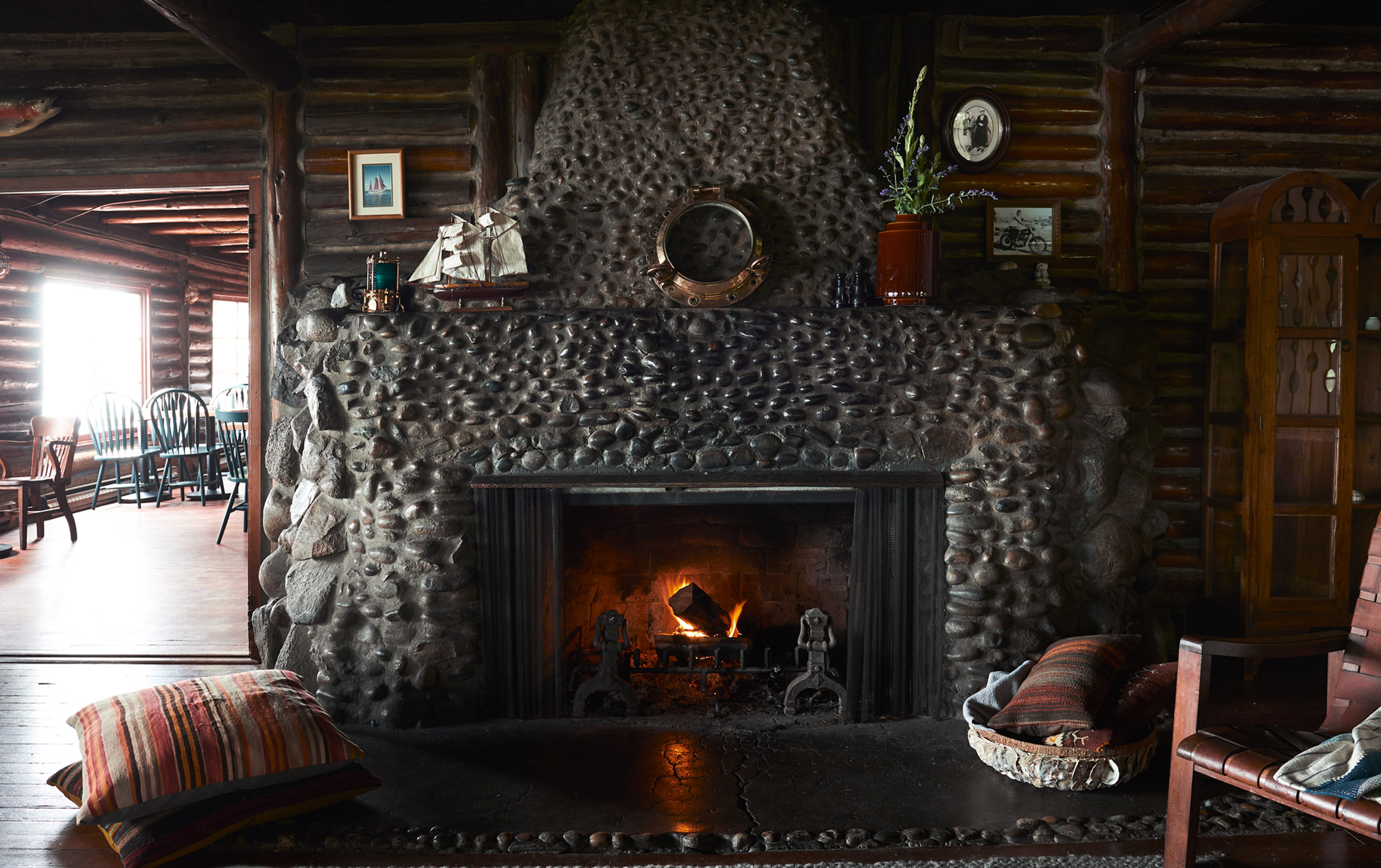 The inn is complete with a restaurant, a tavern with a horse-shoe bar covered in green, hand-painted tiles, a library, outdoor patio and garden. A dock provides access to boating, within the site’s private lagoon on Penn Cove. 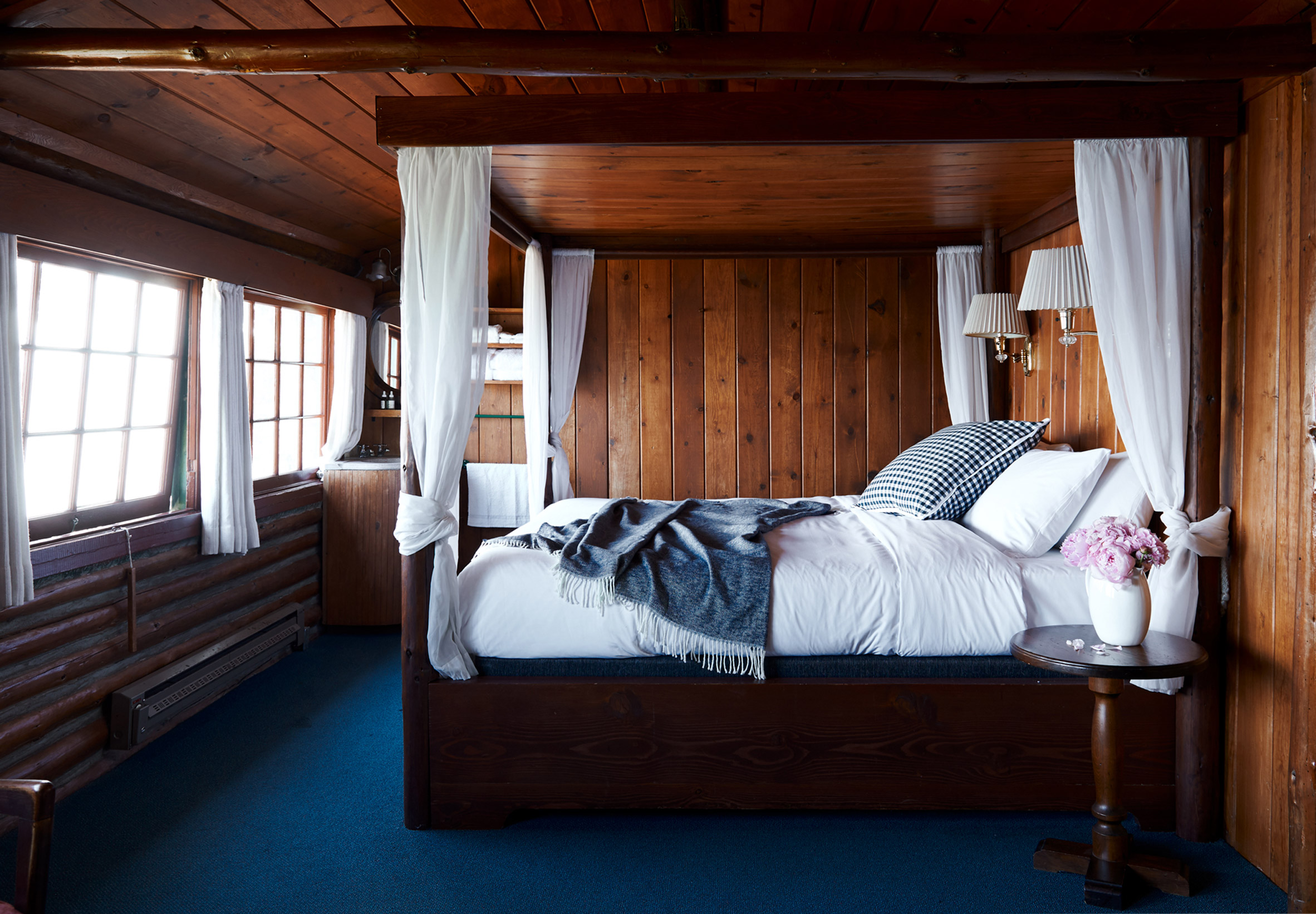 Mike and Matt French used their first hotel project, Pioneertown Motel in California, as their jumping-off point. Cheong, who works at Portland design studio North 45 Projects. He has also worked on a number of hospitality projects for Ace’s hotel chain, including the update of a historic building in New Orleans.

Photography is by Alexander Ribar.

Day of the Dead Halloween Porch

DIY Projects That Can Transform Your Outdoor Space